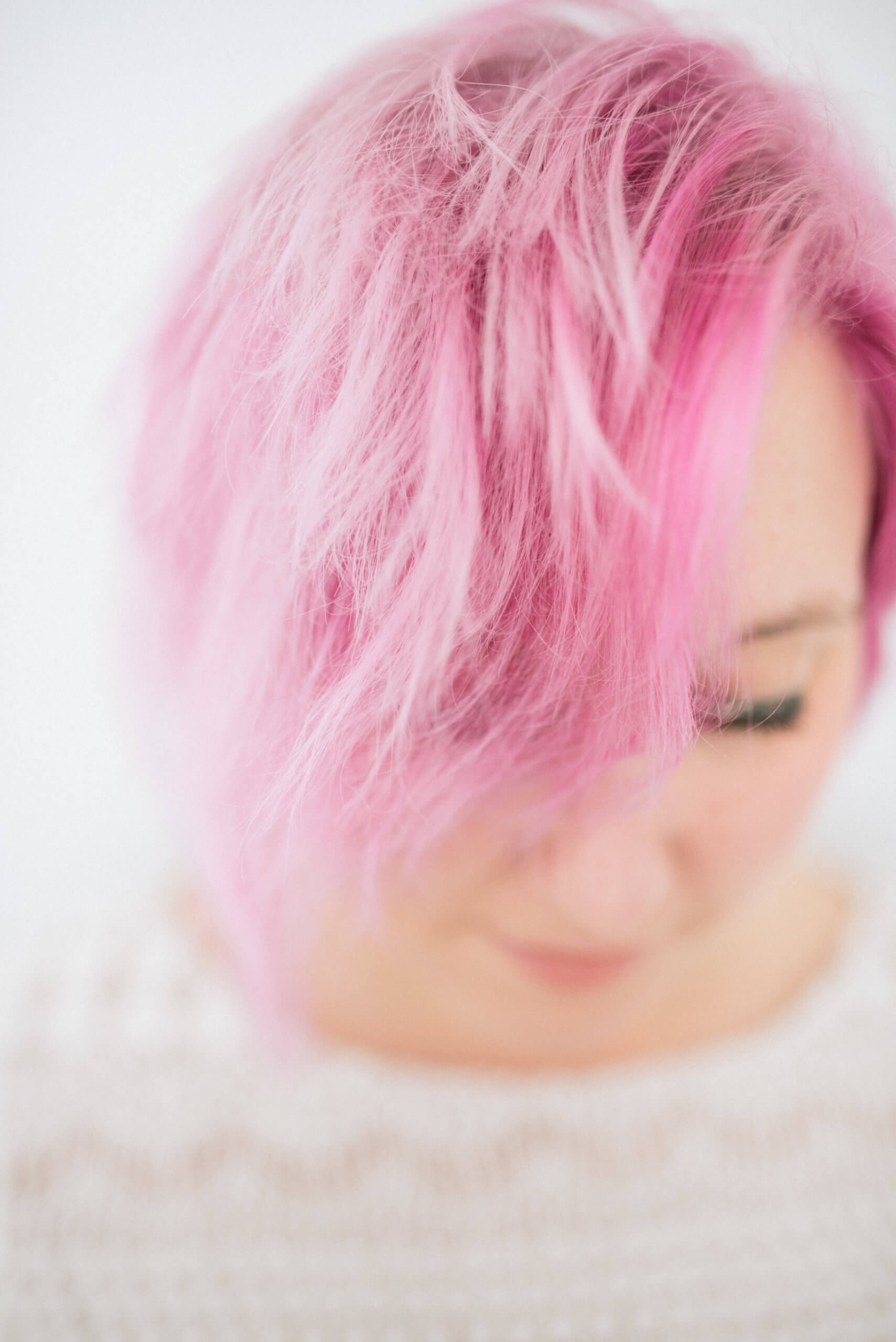 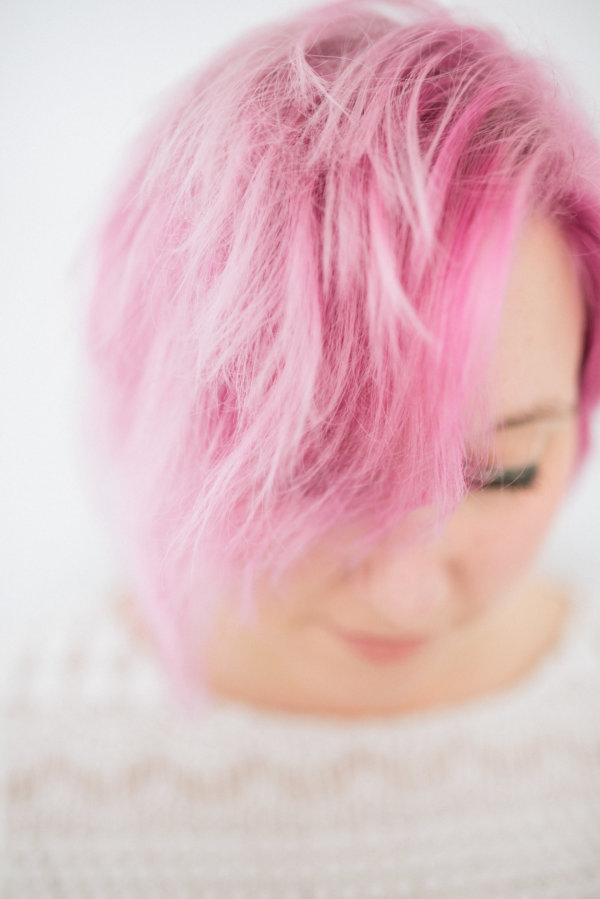 Psst!  This is episode #225 of That’s What She Said, my podcast! Listen in below, or read on for a transcript-ish version of the goods. (The actual podcast involves raptors and fences and far more swearing and laughter!)

Like bajillions of people around the globe, I picked up a yoga practice during the pandemic.  I started practicing yoga with Jessamyn Stanley over at Underbelly Yoga, and WOW is she amazing.

Why is she so amazing? She’s good at teaching because she had to learn every part of each sequence in her body, and it wasn’t easy. She didn’t wake up in a teeny tiny, ultra-athletic body, good at every sport imaginable. In class, she talks about how for the first year of doing the pose she’s now modeling, she fell down. She makes no issue of needing to rest, of needing support, of needing modifications, or of otherwise listening to your body, because the whole point of class is to learn to listen to your body and push it to its own edges.

Here’s the great thing about having been chronically depressed (i.e. mentally ill) for most of my adult life: I CAN TEACH YOU SO MUCH ABOUT MANAGING YOUR BRAIN WHEN BULLSHIT NONSENSE FROM YOUR OWN INTERIORS TRIES TO TAKE YOU OUT OF LIFE ITSELF.

Because I had to learn it.  Every bit of it.  I fell down, I got rest, I got supported, I learned stuff, and it was absolutely fucking miserable…until it wasn’t. Until I learned.  If I can save you even three minutes of the nonsense my brain has thrown at me for the past two decades, I’ll count it as time. well. spent.  For both of us.

Your brain is an asshole, as we’ve talked about and talked about. But you might not know that yet, or you’ve forgotten after being locked down for months on end.  You might believe everything your brain has to say, and that’s precisely the place where we begin.

Interrupting the pattern means that you catch your asshole brain in action without believing a word it says.

This is step zero — as in, before step one, there’s step zero.  That means this tool isn’t particularly exciting and will feel completely inadequate. (A little like learning to do down dog properly in your late 30’s, and WOW you’ve been doing it wrong for 20 years.)

When your brain is being an asshole, it’s generally following a well-trodden road. That road is littered with phrases like, ‘Who are you to _____?’ and ‘You can’t possibly ______,’ and the old standards, ‘You’re TOO MUCH’ and ‘You’re NOT ENOUGH.’ Both/and, at the same time, because brains are awesome like that.

Again: interrupting the pattern means that you catch your asshole brain in action without believing a word it says.

That simple activity — catching your asshole brain in action — will start to remove its power over you. Your inner bully likes to run around, given free range inside your head, and when you stop it from moving about as it chooses, you begin to regain control over your mental health.

It’s not going to go down without a fight, though.

Asshole brain will kick up reminders of all the times you’ve failed to listen to your intuition in the past, reminding you that you’re a horrible degenerate fuck-up who won’t ever learn.

You’re not capable of changing. You’re useless. You’ll never learn. You should give up. Remember that time you were warned and did that stupid thing anyway??????

Asshole brain will present you with tremendously helpful stories of the past, like cataloging your failures one by one, over and over, while also providing endless reasons to give up in the present.

You’ve never done this before, why start now? You should be further along by now. You’re not qualified to do this. You’re not ready. You’re going to lose everything you love if you keep going.

Most commonly, asshole brain will take the worst case scenario all the way to its (illogical) end: you’re going to end up homeless, loveless, and penniless if you _______ [insert incredibly small task here].

Asshole brain also has a catalog of stories about what other people think of you or will think of you.

She’s jealous. He’s going to leave you. They’re spearheading a campaign against you. She’ll think you’re weak. He’ll think you’re too cocky. They’ll send you hate mail and you’ll never recover. You’ll die via mail bomb because your work is so controversial. Most recently: THE KARENS ARE COMING!!!!

‘What do they think of me?’ or ‘How do I compare to them?’ won’t take you anywhere interesting. ‘What’s wrong with this?’ will yield 3,427 unhelpful responses. ‘Why even try to [insert task here] during a pandemic…’ will only help you find all the ways you are useless, inept, inadequate, and otherwise unable to help at this moment.

What does asshole brain repeat to you, over and over again?
Where does it trip you up or convince you that you’re utterly broken?

Record the most common phrases your asshole brain uses so you can interrupt the pattern in the coming months.

When you can call out asshole brain — OH THERE YOU ARE I SEE YOU — you are then free to reorient your brain to a new pattern.

That pattern might be taking a few deep breaths
or refusing to believe that you are a useless piece of shit
or putting your phone away
or even, possibly, at some point…believing in your own abilities and power.

But first, it will be unpleasant bullshit that you hate doing, and you’ll see no point in it, because it’s easier to sink into the mud of nihilism and despair than to keep your soul alive. Particularly at this moment. Particularly when you can spend 24 hours a day, 7 days a week, tuned into the headlines, and the headlines are 1% good news and 99% END TIMES DEATH DOOM GIVE UP WHY EVEN BOTHER.

When you interrupt the pattern, you’re making progress. Even if it doesn’t feel like it.

You don’t have to believe everything your asshole brain says.

And you can be of far greater service to the world when you learn to tame the beast within your own mind.

P.S. My business exists because of supporters and coaching clients.  If you benefit from my work and want to help me have exist in the world, you can become a supporter here.

If you’d like to learn more about year-long business coaching with me, email me — k@kristenkalp.com — and we’ll talk! 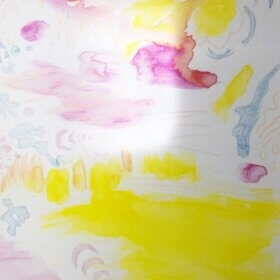 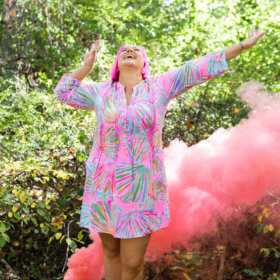 Joy is not canceled.