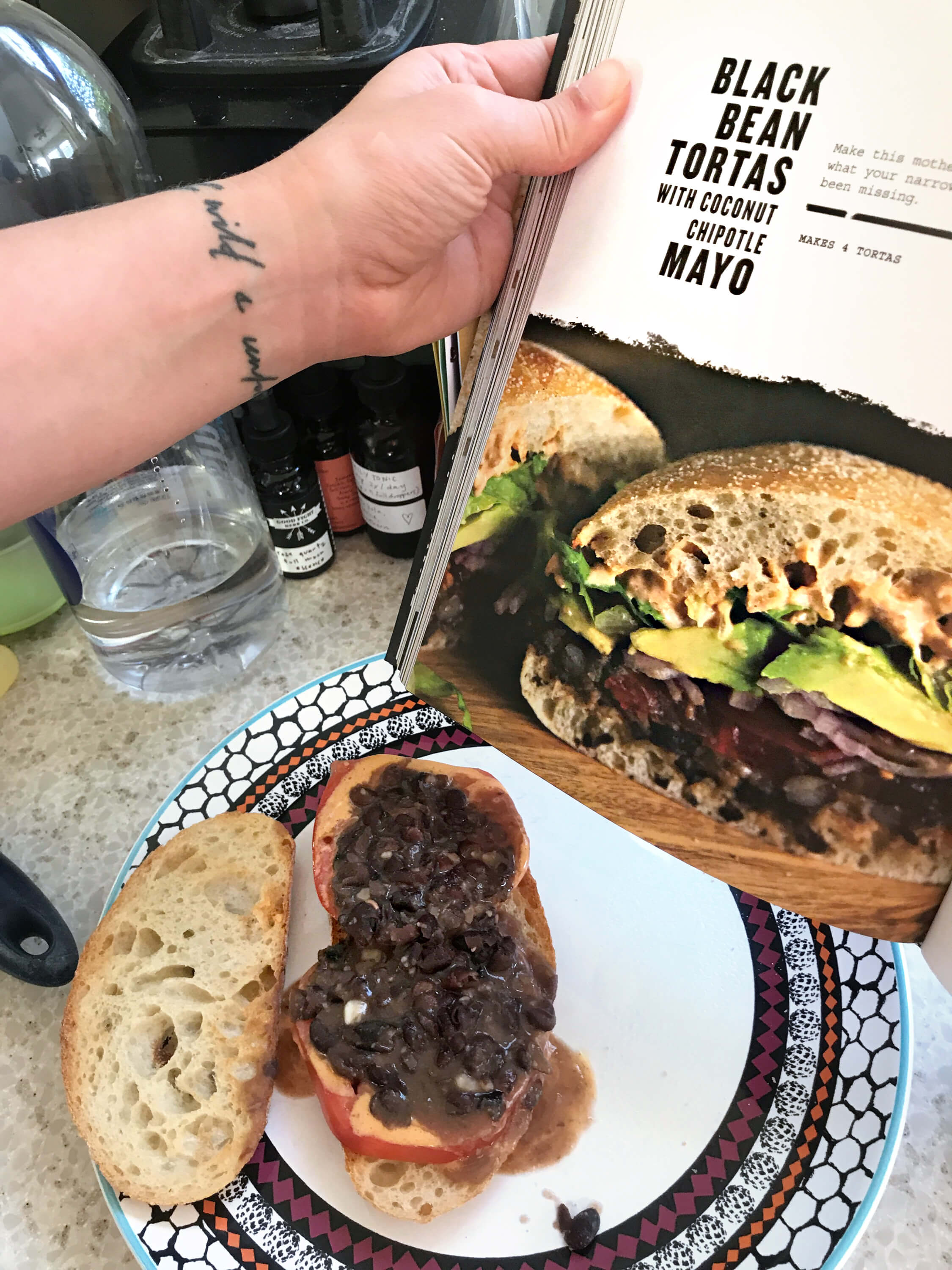 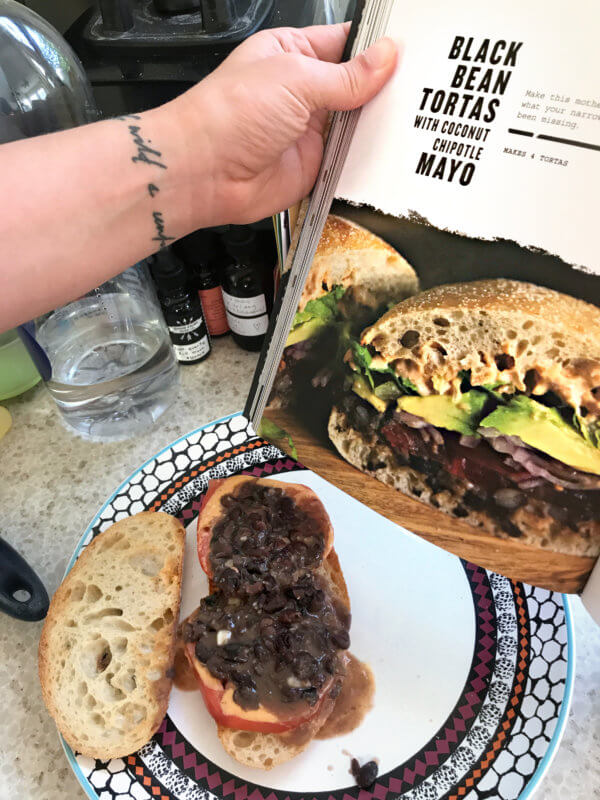 I hate to cook. When people who love to cook hear this, they inevitably tell me that I should try X or maybe pick up Y or OOOH THE TURSHEN COOKBOOK WILL FIX THIS! Only NOPE, I still hate cooking so much that I buy my ice.

I fight this anti-cooking tendency because I still have to eat.

I chose a recipe this week and decided to pick up all the ingredients to make some sandwiches from Thug Kitchen. (Naturally, I picked the swear-iest cookbook imaginable.)

Sunday night rolls around and Bear hears rumblings from the pantry. I’ve got out the Vitamix and I’m making mayonnaise! The black beans are cooking down! There’s cumin on the counter! I’m slicing tomatoes and toasting bread to the perfect crispiness!

I follow the steps precisely and don’t even improvise a little.

You can follow the steps exactly and end up with a dumpy, runny sandwich with no flavor, even though it looks really good in the cookbook. (When it was offered to Hermione, she backed away slowly. I’m pretty sure I could hear her crying softly as she padded out of the room.​)

That’s how most advice about selling goes, too. You do step one and step two and step three et voila!

At some point, my instincts told me there was too much broth going into the pan, and the mayonnaise was going to be runny, and the coconut milk wasn’t going to thicken the right way, and I overrode those instincts in the name of Following The Recipe.

At some point in every single sales course I’ve ever taken, my instincts have told me that X feels terrible and Y won’t work for me, and Z is way too gross to feel right coming from my mouth.

It’s a new course featuring Nick McArthur in which we urge you to listen to your instincts outside of business for the first half of class. We address all sorts of living-as-a-female patterns that affect your work and the way you make money, but that seem to have nothing to do with sales.

Then we ask you to listen to those same, freshly awakened instincts to sell more products and services. We don’t ask you to follow formulas that feel gross or that require daily e-mails and we don’t even talk about sales funnels, because let’s be honest — sales funnels are fucking gross most of the time.

Ballsy is for selling more work with less frustration as a female.

It’s also about *not* Following The Recipe that life has handed you. It comes with four class sessions, three live Q+A calls, a make-your-money-back challenge, and absolutely no runny mayonnaise. 😉

Check out the entire class when you’re ready.​

P.S. Also for the ladies: learn more about becoming a Well-Fucked Woman salon with this mini-course or this interview featuring Kim Anami. 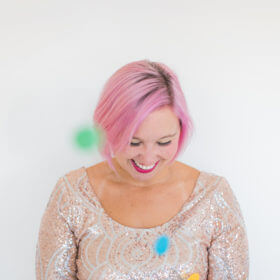 Dare to be unsexy with your dollars. 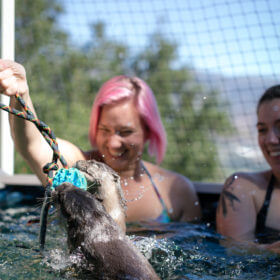 A 1-question guide to coming up with your next product or service.

⚡️ Need clear eyes and an outside perspective to help make your business support you — not just financially, but spiritually, physically, and emotionally?

Let me send you a free breathwork class, okay?