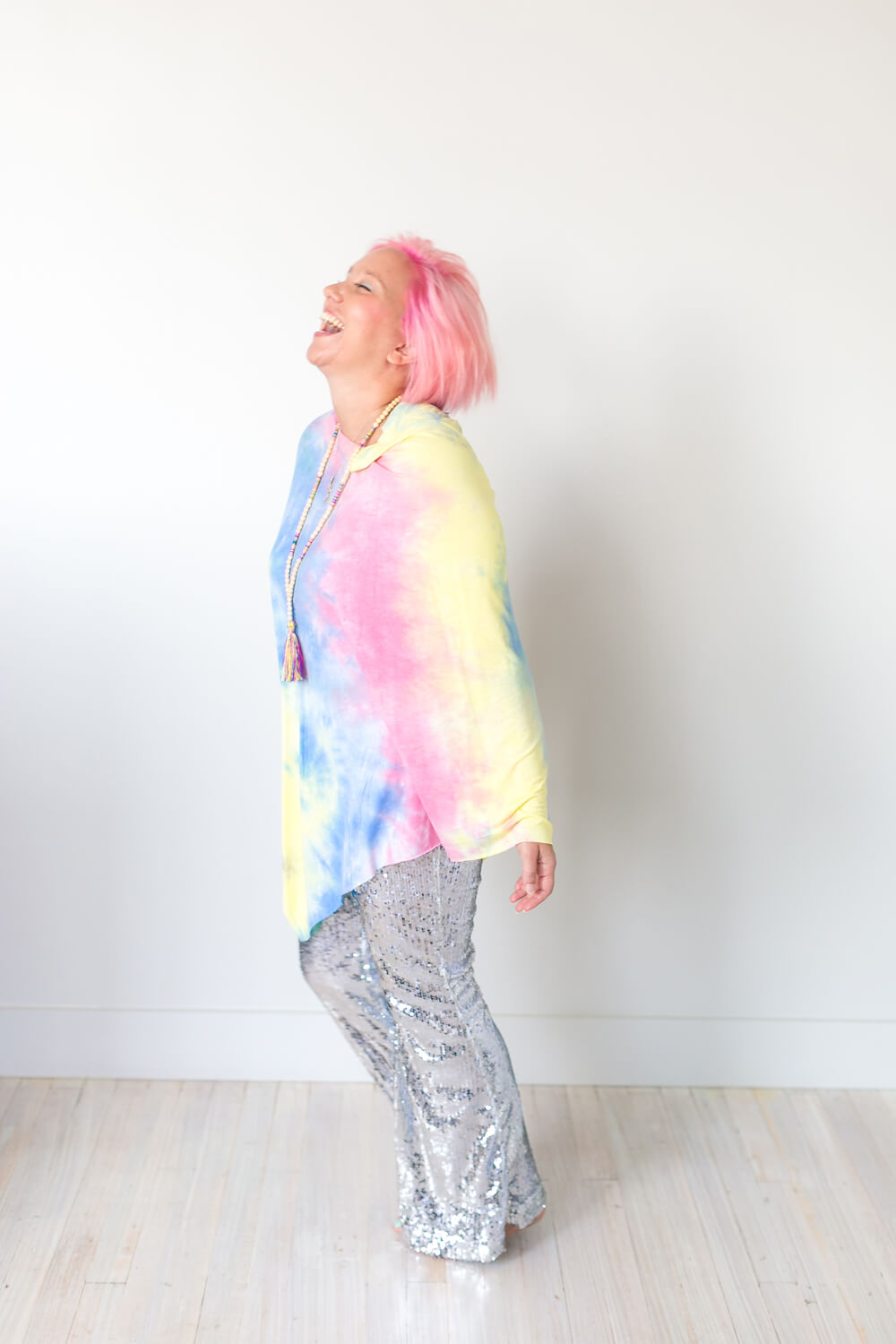 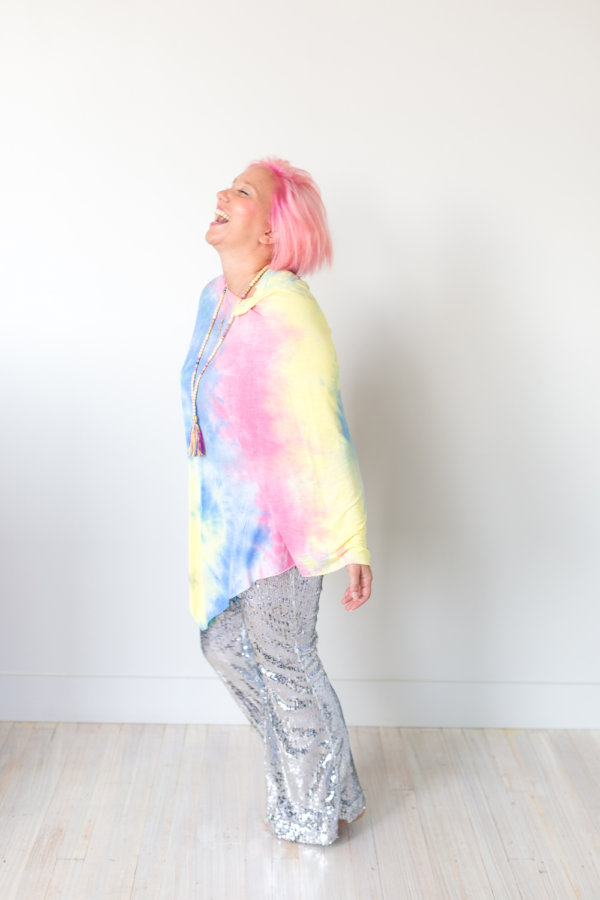 The most painful parts of healing happen at the beginning of the process, when we’re shedding old skins that have calcified, or crawling out of boxes where we were contorted into cramped positions for lots of time, or walking with a limp because we’re still bleeding out from several wounds at once.

This is an episode of That’s What She Said, my weekly podcast! Keep reading or listen in below.

As we staunch the bleeding; as we shed the skins; as we move around and learn to shake out our wings, we soften and grow.

We start out shedding the debris that’s hardest, structurally — walls, gates, and shells — and move into ever softening variations over time. Imagine pulling sticks and bricks over your softest bits, then imagine pulling tomato skins over them. That’s how healing unfolds over time. It gets far less brutal, stabby, and hard as the years go by.

We consciously clear the old shit that needs to be cleared, tossing it onto the great compost pile of life, so we are free to push through the soul’s soil in new and tender ways.

The new and tender soil pushing doesn’t hurt. It’s an expression of life that’s far more lovely and new and invigorating than we can imagine when we’re on the bathroom floor, weeping, certain that life is over and nothing will ever change.

(Spoiler alert: life is not over. And everything will change.)

I promise healing gets better — softer, lovelier, and more full of wonder — with consistent courage and hard work.

I’m telling you, after having slogged through two decades of depression, that it’s possible.

It’s possible to wake up and not worry about how you’re going to find the energy to shower or to eat breakfast or brush your teeth today, where once that consumed the first hour of waking.

It’s possible to do your work with far more enthusiasm and far less effort, so that what took you three hours a few years ago takes you thirty minutes today. And it’s possible for that work to be better and more nourishing than the work of years ago, too.

I promise it’s possible for depression to leave you.

It can. It does. It might take meds and new meds and acupuncture and dietary changes and working out and cannabis and trial and error and hopelessness and breathwork and days that are so horrible you’ve blocked them from memory, but it can leave your system. It can be cleared.

Over the weekend, I texted Bear that in the past month or so, I’ve started to take for granted that I feel good when I wake up. When we begin to take something for granted, it’s the new normal.

It’s possible to recover from The Big Enormous Darkness so completely that you eventually wake up and feel good, with no weird remnants of the big dark hanging on to your body, mind, or spirit. It’s possible to feel so good that you make a new normal, and that new normal is light and requires only a cup of coffee to reach its maximum potential.

I promise that sometimes it gets better for no discernible reason, lest you think you have to earn healing like you’d earn a master’s degree.

Sometimes the season finishes and the fog lifts with no effort on your part.
Spring arrives.
The beach opens for summer.
The book is finished.
The neighbors move.
The kids graduate.

Seasonal resolution is a gift, so please embrace it without any guilt.

I promise the path is worth the price.

At the very least, those of us who are committed to healing and growing, experimenting and failing, get to see far more of the world than our inner basements and a dusty collection of untouched emotional boxes.

We don’t live in fear of ourselves, and that is a rare trait in the modern human.

To put it another way: I am not afraid of myself.

I have been to the basement and in the attic, up on the roof and all around the internal property. I have seen my darkest, worst sides, and I’m aware of my most flattering angles.

I am not afraid of myself.

As the fear of ourselves falls away, we’re far less likely to fall into hoarding of any kind. We stop trying to protect what we already have at the expense of everything we haven’t yet seen — and so we’re far more likely to make changes as they’re offered by life circumstances, rather than three decades too late.

We live with fewer regrets because when you have confronted your biggest pain, your deepest secrets, and your shame, you travel lighter and further than ever before. Inside, outside, mentally, spiritually, emotionally, and physically.

I promise the growing is far more pleasure than pain.

Whether you want to learn to be in your body, enjoy sex more, clear emotional debris, receive more of life’s goodness, or give up on the ‘next level‘ of business and enjoy the phase you already inhabit: there is pleasure waiting.

Sure, there are rough patches, but those rough patches are often helped along by drinking plenty of water and going to bed earlier than usual. (I wish I was making this up or exaggerating, but I’ve often found solutions to my own bullshit by going to bed with the sun.)

Your growth creates resiliency without any extra effort on your part, and that resiliency is tended through sleep and rest.

I can *also* promise there will be resistance.

Whenever we know something is important — a conversation, a workshop, an event, or a habit — we resist the shit out of it.

We pretend we’re too busy to make it, or it will ‘only’ be a little money we’re wasting if we cancel, or we’ll do it next week/month/year, or we don’t have to participate because X. (Where X is usually something really clever like, ‘You deserve it!’ or ‘You need a rest anyway.’)

Resistance is common for everything important, and it doesn’t stop just because you’ve been doing something for a long time.

I’ve been doing breathwork weekly for a bunch of years, and instead of running toward a recent training weekend with arms open, I almost ran home scared.

Resistance is normal, but it’s not something we have to give in to.

We can listen to the asshole brain voices that say we’ll do it ‘later’ or we ‘don’t need to do it’ or ‘there’s probably nothing to learn anyway,’ and then laugh.

We can observe the fear doing its fear thing and then show up anyway. Likewise, we can move toward what we know is important instead of downplaying it, pretending it’s not calling to us, or acting as if it’s no big deal. (Related: coming out of the spiritual closet.)

I promise you will wake up one day and notice the ways the landscape has shifted.

Maybe you push through resistance for one more day, and tomorrow it will disappear entirely.

Maybe you used to trudge for forty-three minutes up You’re Not Enough mountain to get to your truest work, and now it’s only three minutes. Progress!

Maybe you used to take three hours to write to your peeps, and now it only takes two. Progress!

Maybe you used to associate your work with your worth, or give up on selling after you mentioned a thing once, or refuse to ask for money owed you, or trust doctors with poor solutions instead of putting your own health at the center of your quest for wellness.

One day, you realize you don’t do those things any longer, because you’ve been training the emotional muscles required to withstand greater and greater challenges.

So right now, lemme say: I’m so proud of you. I see how hard you’re working — yup you, just by virtue of being here — and you are doing such a good job.

SUCH a good job.

Which brings me to my last point.

It’s almost impossible to see this when everything appears to be standing still. But the world is never, ever standing still. We’re always moving in the direction of growth or of decay, and simply choosing to be committed to growth for its own sake is enough to ensure that progress is happening.

When we step into the world in the spring, we know things are happening below the surface for weeks and weeks. Then, one glorious morning, the daffodils burst open and spring arrives. The patience through the standing up in soil, the lengthening, and the creation of buds isn’t so obvious in humans, so we tend to think we’re useless or hopeless and should throw in the towel.

Even if you’re drowning in emotions or emails or both — please don’t give up on yourself, on your interiors, or on your own progress.

And for what it’s worth: I’m so very proud of you. 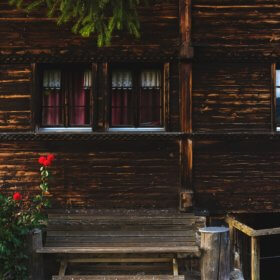 How to hermit without breaking your life. 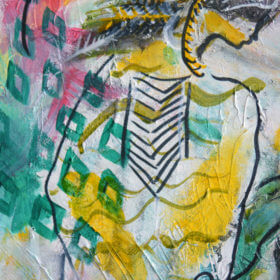 Tiny Rituals and the Fine Art of Motivation