How to have a perfect launch. - ⚡️Kristen Kalp 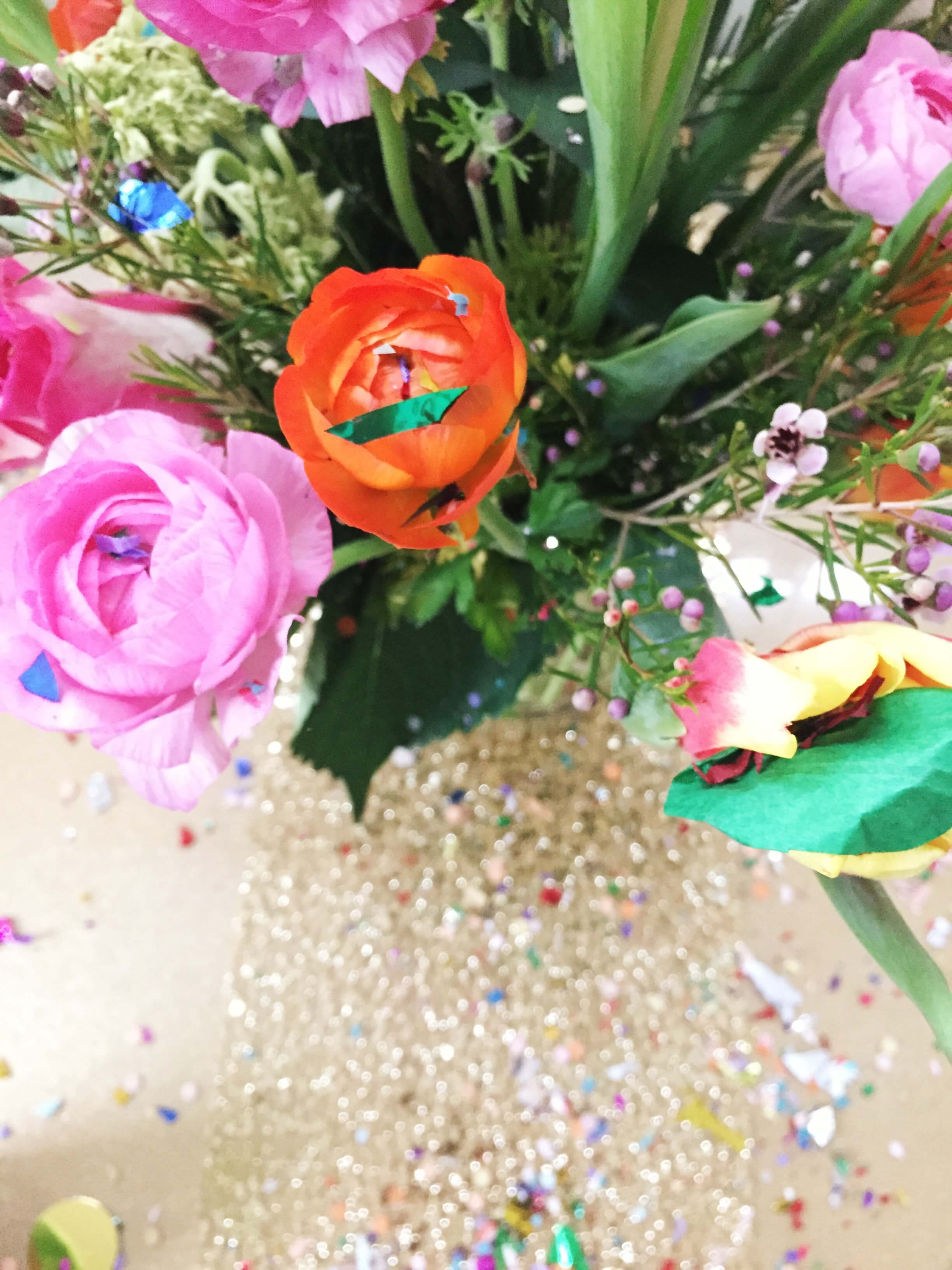 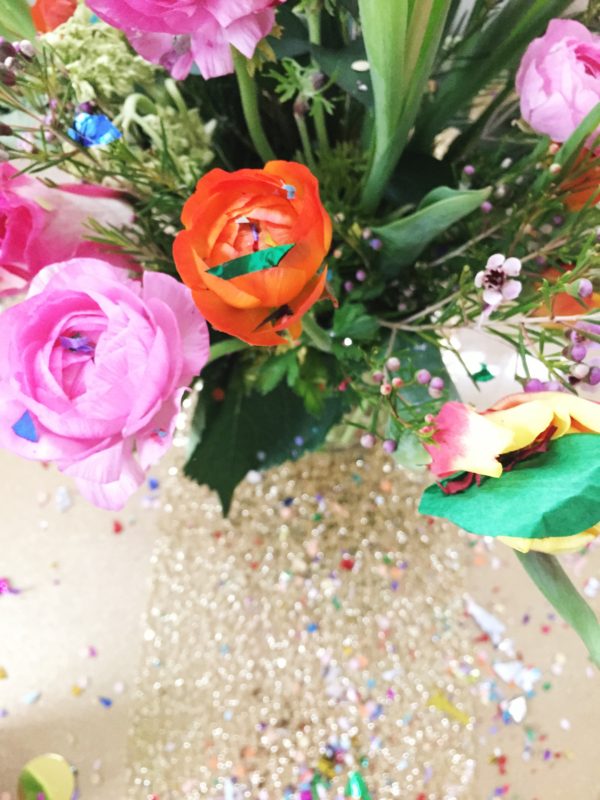 1.) Give up on having a perfect launch.

Things are going to go wrong, and all you can do is roll with the punches as gracefully as possible. I say this not with dismay or sarcasm, but with the acknowledgment that life is imperfect.

Preparing for imperfection means your day won’t be ‘ruined’ by a glitch or two.

Last week’s launch of Calling to the Deep  (sample chapter here), Introverts at Work (sample chapter here), this new website, the free-for-you Fuck Yah magazine, and the Brave workshop went off without a functioning Paypal account to take the monies. My selling Art for Aleppo raised a red flag that required further investigation by Paypal for months(!!!!).  The launch also happened without a new e-mail address, since getting a fancy one proved to be a multi-week saga that still hasn’t ended and that involves working closely with Google’s tech support in a never-ending game of phone tag because they call from Malaysia every night after I’ve gone to bed. Oh, and one book wasn’t ready to go until the actual day of launch, and I was pretty sure I couldn’t make it happen at all.

Are those circumstances ideal? Nope. But I could still take credit cards. I still had the old e-mail address. Cutting it close still counts as ‘done.’ I launched.

2.) Aim for way, way more than you think you can handle.

Part of the goal of a launch is to push yourself and your own work further than you thought possible. (I mean, sales. It’s totally about the sales. Nothing spiritual going on in your business at all…)

Aim for a big, crazy-ass goal that will feel like winning the lottery to hit. When I decided to publish two books in print on the same day that I announced a new workshop, a tiny magazine, and my new website, I figured I could hit 4 out of 5 and feel pretty freaking great about life.

When I hit all 5 — Calling to the Deep went live at 10:35 a.m. on launch morning — I cried. Some part of me believed I could do it, many parts of me were Unreasonable, and the small, quiet bits of me that secretly believed it would never happen were put in their respective places. BOOM take that, asshole brain.

When you’re going to launch a thing — whether book, class, program, service, or product — there are physical world tasks that must happen to bring it to fruition. Your natural inclination will be to hide those tasks from yourself because they’re totally and completely overwhelming.

The opposite of hiding will be the most helpful: make a list of every last thing that has to be done, then plow through the list with all your might.

4.) (Keep giving up on the perfect launch and) shift list tasks to ‘later’ as launch approaches.

Did I have to have plane tickets to attend Brave booked before launch? No. ::moved task to post-launch::

Did I have to have the Brave venue contract signed and confirmed? Yes. ::got it done::

5.) Take time to plan the way you want your DAY to go.

It’s easy to let the LAUNCH part of the day take over, but it’s still a day. You would have cake and maybe 3 balloons at a corporate job on the day of a big project’s launch, so you owe yourself AT LEAST that much! 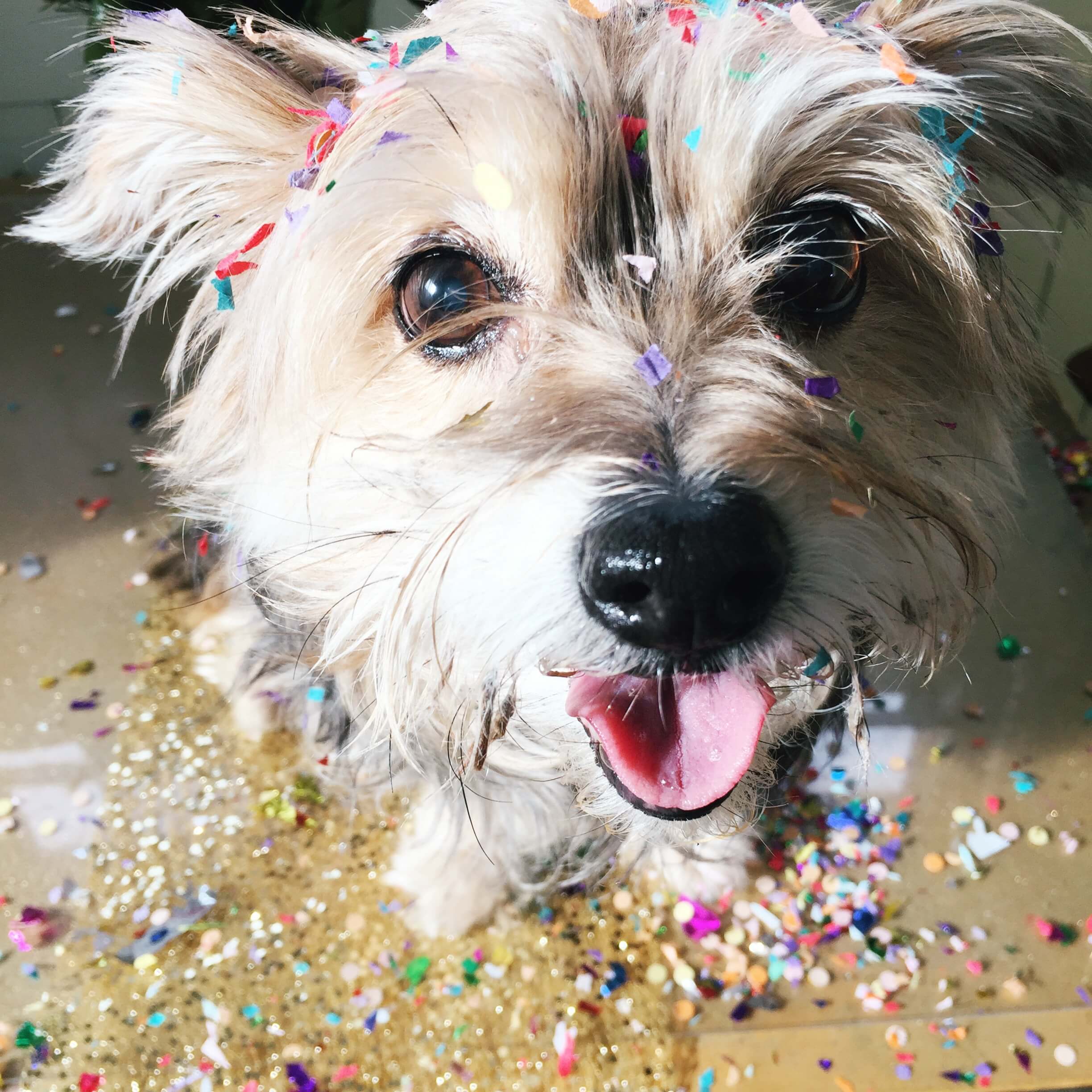 Do you want to sleep in? Go out for breakfast? Make pancakes at home? Take an extra 20 minutes with your coffee before you dive into the internets?

Who do you want to have on call to support you? To celebrate with you? To bring you snacks and make sure you actually hydrate and eat food instead of spending nine continuous hours staring at a screen without a pee break?

How do you want to make the day special from all the others so it isn’t lost in a long line of sleepless nights and eyes-glazed-staring-at-laptop days? How do you want to feel on the day your work comes into the world?

In other words: how do you want to remember the day everything changed, for you?

Acting like a launch is just another day at the desk does you a great disservice. This is not any other day, no big deal, whatevs it’s just this little thing you did.

A launch is a big deal and should be treated as such.

I decorated the whole house with giant gold ribbon and tassel garlands and flowers and cleaned every room from top to bottom (with Bear’s help) in the days before launch. I threw copious amounts of confetti — most of which is still trapped between the floor boards — when I hit the ‘IT’S ALIVE’ switches. 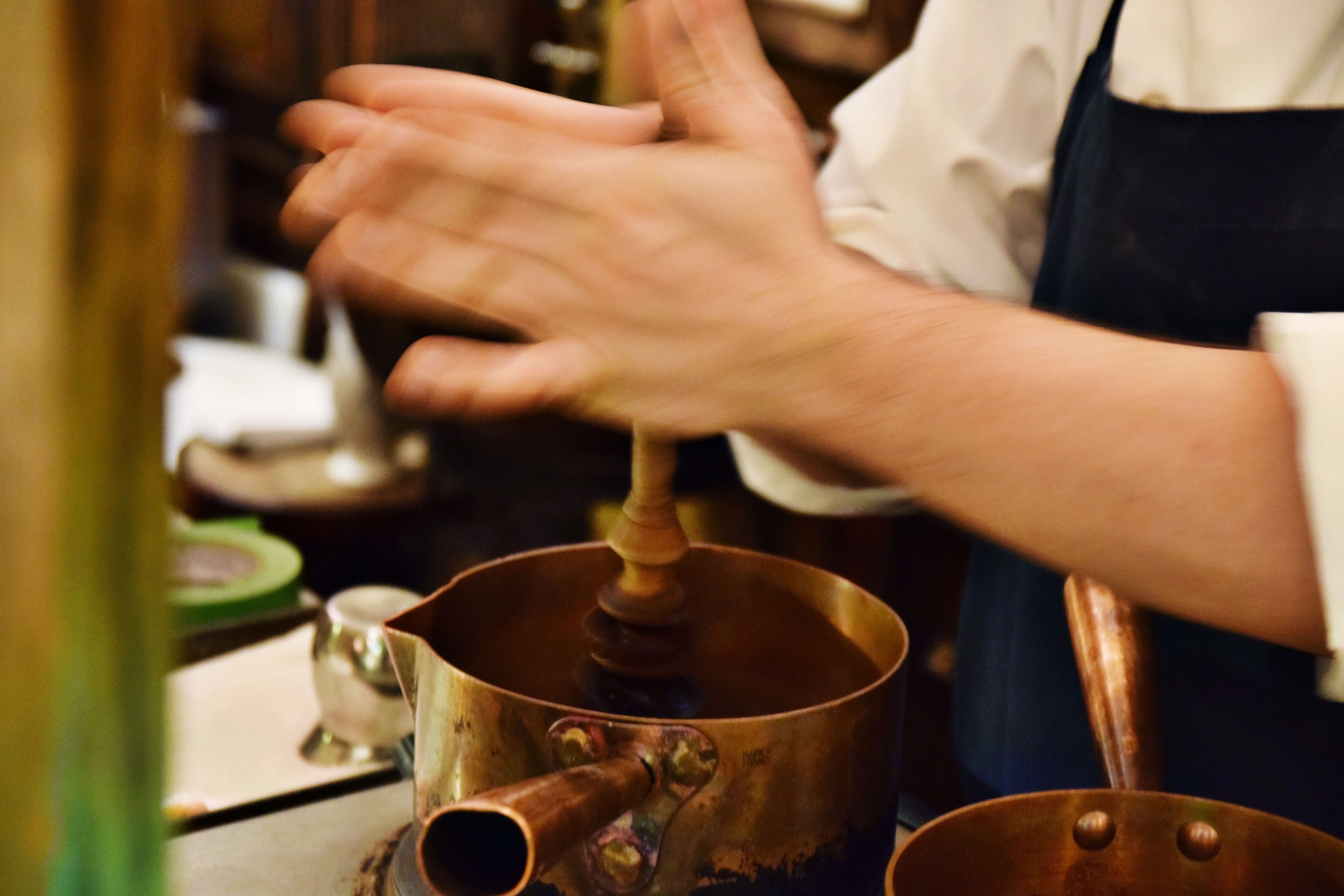 Bear and I went into the city to wander in the afternoon because I wanted to see what would happen if we let magic lead instead of making a reservation somewhere for dinner.

We ended up stumbling into Shane’s, which has actual drinking chocolate made by hand for you in tiny delicious quantities (!!!!!!!!!!!!!!), and is more like tumbling down a secret rabbit hole into 1937 than simply consuming a fancy beverage. 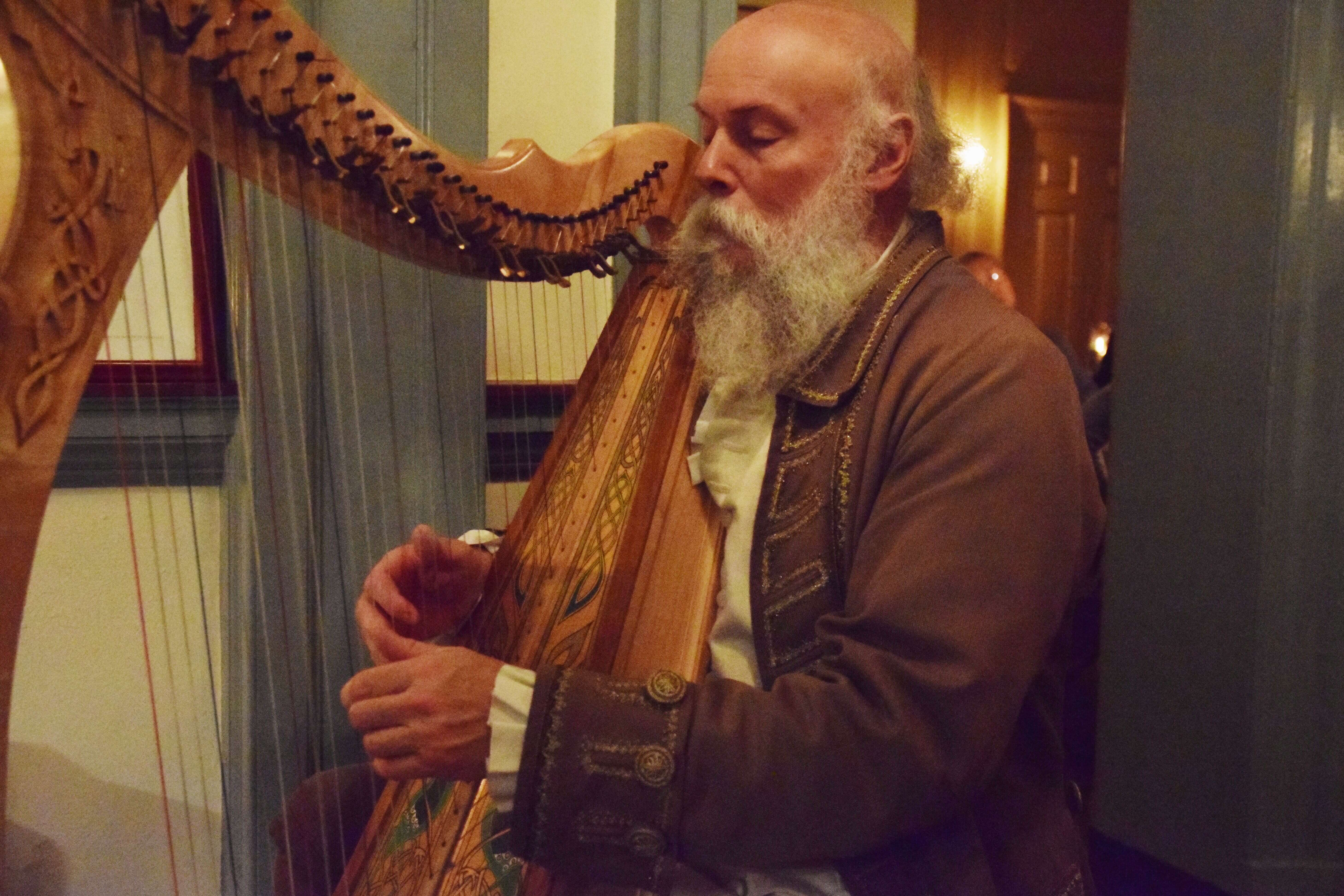 From there, we wandered over to City Tavern, where we found what might be the city’s only harpist performing in authentic colonial garb. Turkey pot pie and Thomas Jefferson’s favorite sweet potato biscuits accompanied by colonial harp! It was far more spectacular than any day I could have scheduled via meticulous research and the endless reading of Yelp reviews.

7.) (Keep letting go of the perfect launch and) thank everyone.

Whether peeps are sending you typos or small errors to correct (hint: they will) or showering you with praise, thank ’em. Thank your peeps for paying attention to you, for helping you make your project happen, or for being along for the ride. I used this service to shower my peeps with gifts on launch day.

Don’t forget to shower yourself with thanks, too! You’ve shown great discipline and nearly boundless faith in your work while you brought the project to fruition.

YOU DESERVE A REWARD, TOO.

Yah, I know it didn’t go perfectly and you could have done X better and next time you’ll kill it on the Y front, but DAMMIT YOU DID IT.

Whether your reward is time alone or away from work, a new purchase of some kind (I’m installing 20 yards of pom-pom tassels in my car), a big fancy dinner, a trip to a new locale, or a not-yet-invented extravaganza involving a laser light show and trained aardvarks — reward yourself.

You did it. YOU FREAKING DID IT.

No if’s, and’s, or but’s, no berating yourself for the ways it’s wrong…you did it.

With all my love —
K

P.S.  What no one tells you about owning a business. 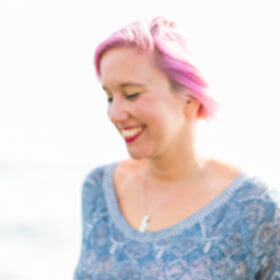 How to handle overwhelm

What no one tells you about owning a business