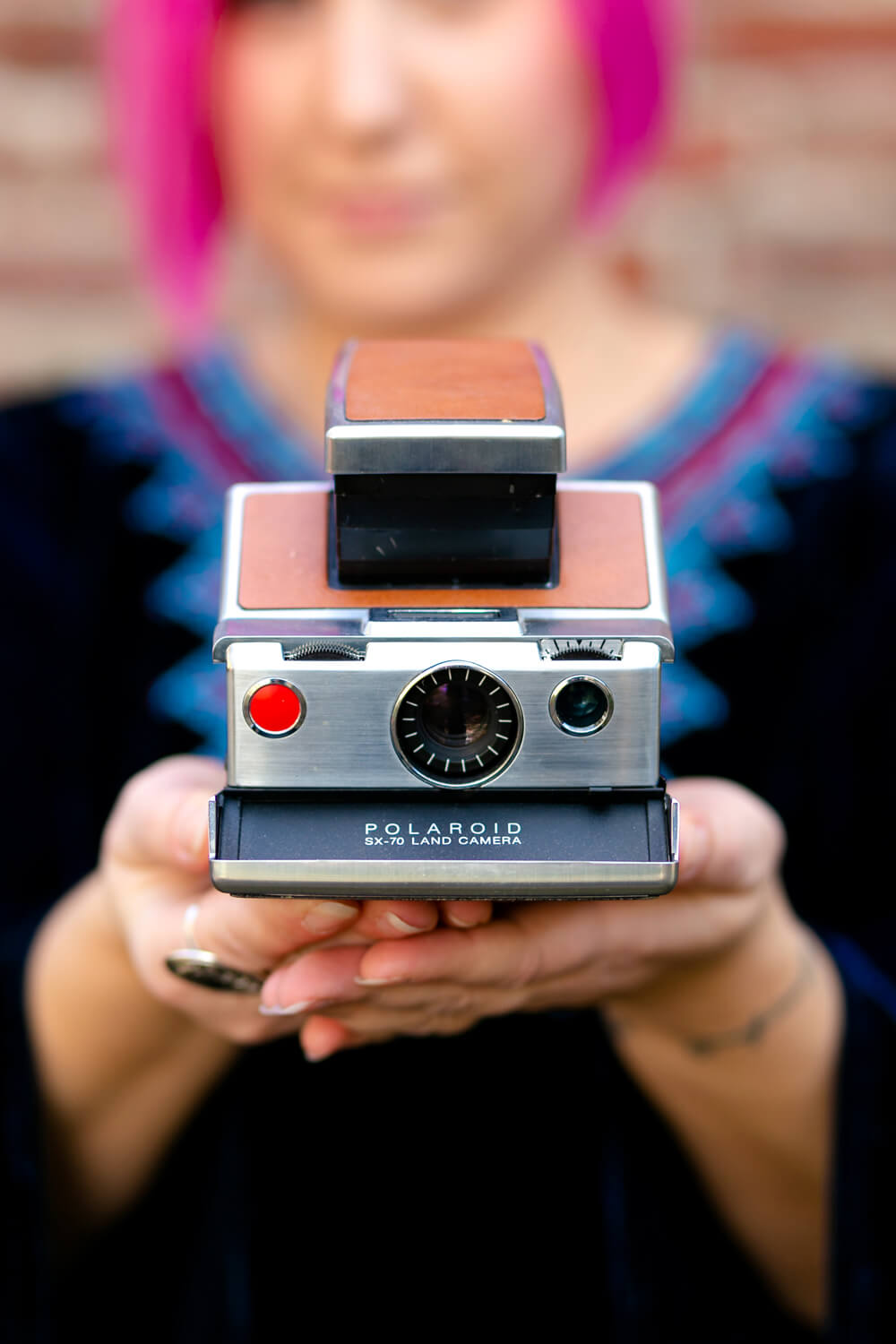 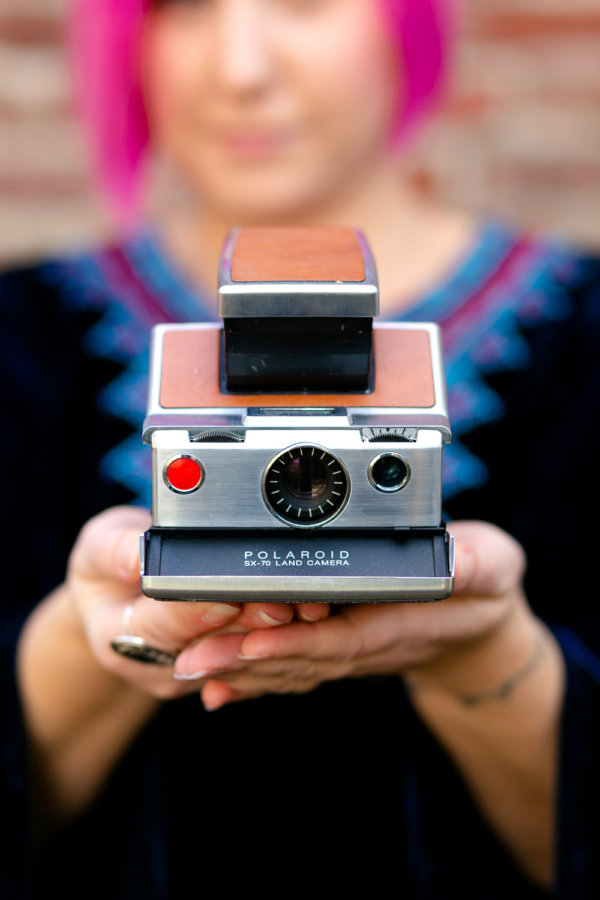 If you’re one of my people, you tend to operate in one of two categories. You’re either a big-huge-enormous fan of structure and use it to plan every last detail of your life, or you absolutely hate structure and run from it like you run from that person with a hacking cough who’s got the plague over there.

Let’s make peace with both of those extremes by going a little bit Harry Potter on you.

This is an episode of That’s What She Said!  Listen in below, or find all the episodes here.

Hermione Granger is a really smart, really Type-A individual who uses tools like TIME TRAVEL to take more classes. Her structure level is over the top. You cannot beat Hermione at planning, at doing homework, at reading lists, or at time-turning.

At the opposite end of the spectrum, you’ll find Luna Lovegood. She’s a laidback, dreamy individual who notices patterns and creatures others miss, subscribes to beliefs others find bizarre, and whose report cards are never crucial to the plot of any J.K. Rowling story.

Both of these humans save Harry Potter’s life at some point in the series. Which is to say…

They’re both amazing characters. They both get shit done and save the lives of their friends. You’ve got both of them within you, but you’re probably so busy shit-talking the other that you haven’t yet harnessed both of their strengths.

If you’re more of a Luna at heart, you’ve said something like, “I’m great at starting a routine and then letting it go the first day I don’t feel like it.”

Because you’re usually not starting *a* routine. You are RENOVATING YOUR LIFE all at once.

You don’t simply stop consuming GMOs and eat a little more kale! You go on a rampage and throw out everything in your pantry that doesn’t fit your strict guidelines, replace your plastics with glass, buy a juicer, start meal planning, and commit to eating 100% organic foods for the rest of time. (I’ve done this many times, including the time I threw out the microwave to kick off a particularly healthy kick. And then purchased a new microwave a few weeks later.)

This Total Life Overhaul works for a few days. You’re doing it! Everything is changing all at once! …and then you find yourself in a cafe with amazing muffins. Sweet, sweet, not-part-of-your-new-life-plan muffins.

FUCK IT, you decide, and throw all that structure out the window in one fell swoop.

Attempts to implement structure in your life are inevitably abandoned when the 18 changes you’ve taken on simultaneously begin to unravel.

Lest you feel superior because you’re on the Hermione end of the spectrum, let’s dive into big changes in Hermione land.

You’ve got your schedule packed with activities. Meal planning happens from mid-afternoon until 5:47 p.m. on Sundays, as well as on Wednesdays at precisely 1:37 p.m., between lunch yoga and afternoon meetings.

You schedule yourself to within an inch of your life and feel stressed by most any change to your plans.

Being one minute late is a catastrophe. Client cancellations are major issues. You don’t understand why people haven’t responded to your Thanksgiving Brunch RSVP 17 weeks in advance. Christmas shopping is done by November first.

Rigidity keeps you uptight on your best days and downright mean on your worst.

…but are you more of a Luna or a Hermione?

+ make amazing work but rarely spend energy selling it
+ have trouble communicating with their peeps consistently
+ freak out about the number of projects they find interesting (“It’s too many!”)
+ panic if they feel ‘locked in’ to a title, project, or way of being
+ spend a great deal of time daydreaming and imagining
+ find money and finances frustrating but uninteresting
+ consistently undervalue their gifts and time

+ find it difficult to deviate from structure
+ freak out if an assignment doesn’t have any rules
+ enjoy projects less if there’s no chance of getting a gold star
+ overschedule their days and lives
+ fear letting people down, and therefore accept lots of unwanted responsibility
+ push their own needs, particularly creative ones, to the back burner
+ crave freedom, expansion, and stillness, but have trouble finding time for it

The good news is, you’ve got both impulses built right into you!

If you identify with Luna, we’ll work toward creating structure that doesn’t suck in the coming weeks. Those who identify with Hermione will work on adding silence, stillness, and space to let your not-productive bits out to play.

Regardless of how much Luna and how much Hermione you’ve got going on right now, these questions will frame the Structure That Doesn’t Suck series:

What if we play with your schedule so that you aren’t trying to make too many changes to your life at once? And what if we can play with scheduling some — but not all — of your most important work? Further, what if we mark off free time, play time, and not-caregiving time, so that you actually have a break from all that intensity?

Which is to say: what if you commit to doing one thing at a time?

I know you can multitask with the best of them, Hermiones, and that you can daydream while doing any activity at all, Lunas. But what if you only did one thing at a time, all day long?

Both Lunas and Hermiones struggle with overwhelm because both are living in the modern world.

We have more toothpaste options than our ancestors did career choices.

To be overwhelmed is the tip of the iceberg and is understating the truth by a long shot.

We’re drowning in choices, in voices, in distractions.

That’s why doing one thing at a time is important, at both the day-to-day level and the career level. You can’t make a movie and an album and a Broadway show simultaneously unless you’re 40 years into your career like Bruce Springsteen, so please don’t try.

Can you commit to doing one task at a time for the coming week?

That won’t change your whole calendar, but it will begin to beat back the overwhelm that threatens to take you under.

P.S.  Keep going! Here’s the rest of the Structure That Doesn’t Suck series: 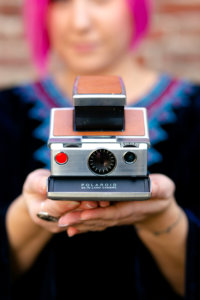 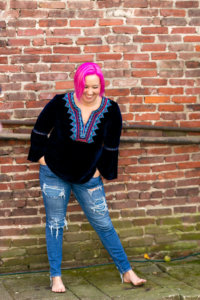 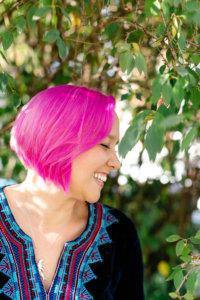 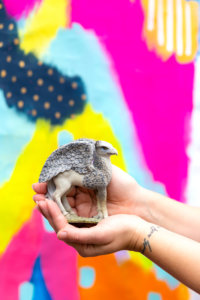 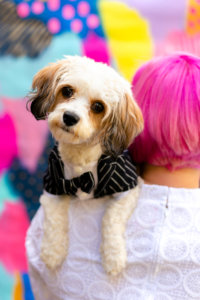 Structure That Doesn’t Suck, Part V (The end is here!) 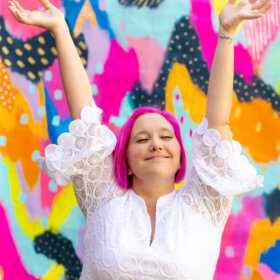 How to Update Your Emotional Operating System 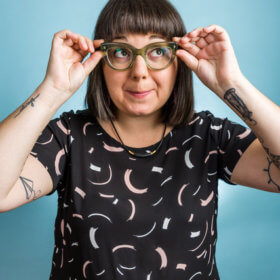