Are you an empath? 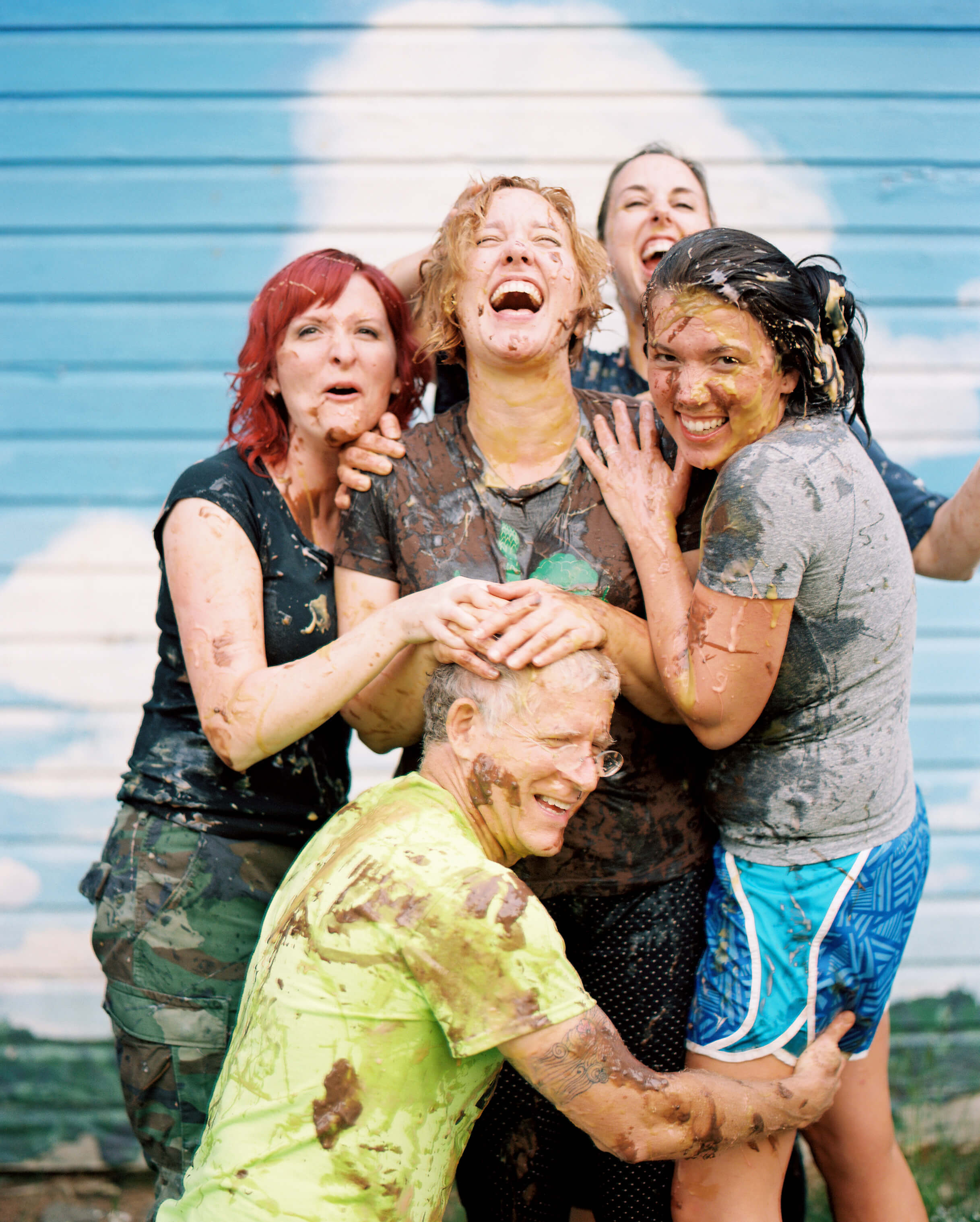 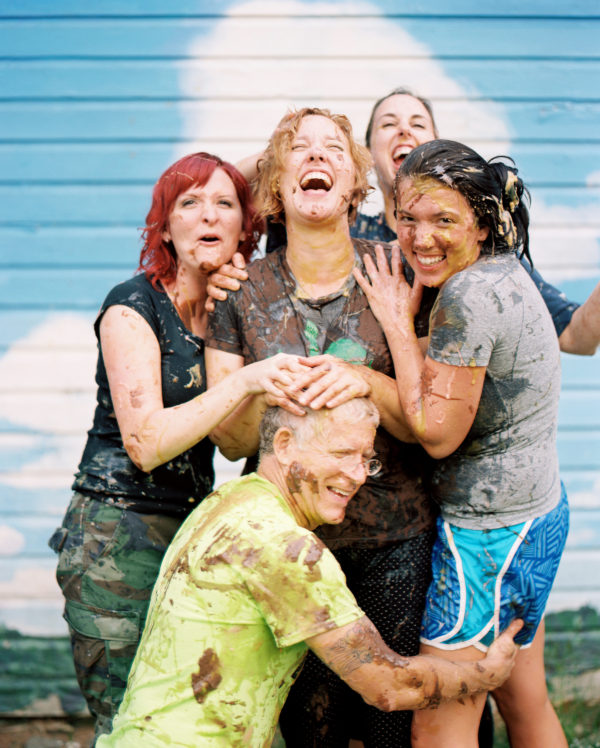 I’m six, high on sugar and singing Jingle Bells with my church group, when we walk into the nursing home. She reaches out to touch my face and all of a sudden, tears stream down my cheeks. I look into her eyes and feel the weight of the sorrow that surrounds her like a shroud. It’s heavy and hopeless, a familiar cloak to the woman before me. For a handful of moments, I know the many facets of her sadness, even as she sits listening to the these well-meaning Christmas carolers singing in her cramped living room.

This is my earliest memory of feeling someone else’s feelings. We had visited private homes and nursing homes like this one on our caroling rounds. I wasn’t expecting this one to be any different. But then I met that old lady, reaching forward with such joy and transferring such sorrow to me.

The memory of it still brings tears to my eyes and feels a bit like I’m choking. It’s my first clear experience of being an empath.

Being an empath means you’re capable of feeling what another person is feeling in your body.

For each YES you answer, you’re one step closer to being an empath.

+ You find emotions contagious. Someone’s laughing, you’ll feel happy; someone’s crying, your own eyes are welling up with tears. You don’t have to know or love the person who’s emoting to catch their emotions.
+ You often feel overwhelmed in big box stores when they’re crowded. Give you an empty Target, and there’s no problem whatsoever — it’s not shopping for toilet paper that gets you, it’s shopping for toilet paper with hundreds of other people on a Sunday afternoon when all those people would rather be anywhere else.
+ You have trouble watching violent films or playing violent video games. They disturb you in ways you can’t quite articulate.
+ You hate certain commercials. Dammit, the aaaarms of the angel song makes you cry every time you hear it now. Same goes for the starving orphans in Africa commercials, and any wounded animal commercials…the emotional manipulation is off the charts, and you resent it. Big time.
+ You avoid watching the news. Local news, world news, nightly news…all of it. News drains you. You feel slightly guilty about failing to keep up with the state of the world, but it costs you too much energy.
+ You realize arguments take place on two levels: what’s being said, and the emotions that are being thrown around. An argument about whose turn it is to change the kitty litter can be innocuous, or it can be a deeply painful experience. All depends on the energy involved. This baffles the people you have conflicts with, since “they didn’t say anything that bad,” or “they didn’t even raise their voice.”
+ You’re used to people telling you things they’ve never told anyone before. It happens all the time. People naturally trust you and confide in you.
+ You can “feel” the truth as easily as others can feel that pen in their hands. It’s easy to tell when someone is lying, hiding the truth, or trying to manipulate a situation to his or her benefit.
+ You take on other people’s energy as your own, meaning you can feel the impact of a person’s presence even after they’ve left the room. The stronger the energy, the longer it takes for it to dissipate. This can be great if you’ve just met the Dalai Lama, or terrible if you’ve just run into a foreign dictator. (Like you do.)
+ You don’t have all these energy and emotional issues with animals, which is why you LOVE them. Give you a kitten or a dog or a monkey or a guinea pig and you’re so, so happy to be alive. Animals are your least complicated friends, and you love them for it.

Got 7 yes’s or more? Congrats! You’re an empath.

It is both a great gift and a massive liability. Get close to a person who’s having a great time, drunk or high or otherwise enjoying life, and you’ll also feel great. Let an old lady reach out to touch your face during an otherwise ordinary bout of Christmas caroling as a child and you’ll be crying in front of all your friends in no time.

I was flooded with great shame on the van ride back to church when our caroling finished. I had cried for no reason! I was supposed to be cheering people up! I didn’t even SING for her, and that was my job! (Even at six I took jobs seriously.)

Worse, everyone had seen me cry and now thought I was weird. I was already painfully shy. This made it worse.

Emotions are contagious. They’ve always been contagious in my world, like the common cold or the Great Thanksgiving Stomach Flu of 2002.

I’ve always been able to feel when someone is upset, anxious, nervous, tired, sad, angry, peaceful, happy, joyful, or embarrassed. Emotions are communicated to me as clearly as others might use sign language to tell stories or make funny faces to get another person giggling incessantly. They’re simple to dissect and quite easy to navigate. They’re familiar waters.

Other people freak out when someone cries or someone is busy having a tantrum or someone is off dancing in the corner for what appears to be no good reason. The older I get, the more easily I can feel the mirroring emotions in my body and use the information to decode a situation.

To those who aren’t empaths, you’re a real weirdo. Like, “What do you mean you can’t shop at Target on the weekend?” Or “Why do you hate grocery shopping so much, it’s just…groceries?” You might have heard, “But you like concerts…so you’re okay with crowds. What’s the big deal?”

It’s a big deal because you can feel others’ emotions as your own.

This isn’t any more weird than being able to identify the leaves of an oak tree appropriately or knowing the recipe for three different pies without having to glance at an index card scribbled with instructions. You know things, so far down that you no longer remember how or where these abilities started.

Because you can feel others’ emotions as your own, you’re incredibly sensitive to changes in others’ moods, feelings, and energies. No one who’s about to cry around you can get away with the ol’ “I’m fine! I’m fine!” because you know better.

Very few people who are in a great deal of pain can hide it, because you’ll be feeling it as your own in some cases. I regularly ask Doey to take Ibuprofen because her chronic neck and back pain are so bad that they affect me when we’re together.

So…what do you do with this information? How do you view it as something more than a curse — because holy crap, the emotions most people are feeling aren’t usually sunshine and roses, especially while trolling around the local Wal-Mart?

First, acknowledge that it’s real. You feel others’ emotions.

You know things about what other people are feeling, both in their bodies and in their minds. You are keenly aware of changes in emotions and in mood. Even if a person were to be visually separated from you, you’d feel the same things. You’re not merely good at reading body language or facial expressions. Being an empath goes far beyond those skills.

You might feel like you’re at the mercy of the world, unable to control your own feelings. You’re especially prone to strong emotions overtaking you when you’re minding your own business, oblivious to your fellow humans until their emotions come creeping over to say “hello.” The homeless guy holding his dog tightly while napping can cause you to weep with overwhelming despair. The kid flitting around pretending to be a butterfly in the park can lift your heart higher than the top of the sliding board.

Those who aren’t empaths won’t understand why you’re so affected by the presence of other people who enter the room, how you’re so careful to manage the emotions of everyone you encounter as best you can, and why you’re sometimes given no choice but to hole up in a room by yourself until you can feel your own emotions again. (When your body seems to be going haywire with emotional information, sometimes this is the only option.)

Second, know that it gets better. The minute you realize that what you’re experiencing has a name and that you’re not a crazy-ass freakshow — that there are other humans like you, for whom emotions are contagious — you’re ready to start managing your gifts.

My sense is that you do one of two things when faced with your empathic nature.

Option one, you turtle. You notice an onslaught. You notice that you’re feeling all the feels. You quickly withdraw and allow the emotions to hit that hard shell you’ve built up. Safe in your shell, you can feel nothing but your own emotions.

Trouble is, that shell is heavy. And lugging it around is tiresome. When you DO come out, you feel disconnected from your fellow humans. It’s exhausting.

Option two, you deer. Okay, so ‘deer’ isn’t a verb, but whatever. You allow the emotions to hit you so hard that you end up spinning around like Bambi on ice. Your knees buckle, you feel overwhelmed. You laugh, you cry, you want to throw things, you feel like a victim of every human you encounter.

Trouble is, feeling like a victim is terrible. You don’t like feeling powerless, nor do you like wishing every human on the face of the Earth would vanish so you could have your emotions to yourself. It’s exhausting.

There is a third option, and one we’ll discuss at great length in the new Empaths, Inc. workshop: the porcupine.

You maintain your soft underbelly, but you also have defenses. You prepare your quills to do battle when you push yourself onto the subway, go through the lines at Target, or navigate a crowded coffee shop.

You let your quills relax and enjoy your true nature when you’re in the company of humans you love. You give strangers the benefit of the doubt, but protect yourself the moment they give you reason to believe they’re ticking emotional timebombs.

It’s not an easy balance, and you can easily shift from turtle to porcupine to deer in the course of a single day, but it gets much easier with practice.

Up next: how to feel the shit you’d rather avoid without gaining twelve pounds. 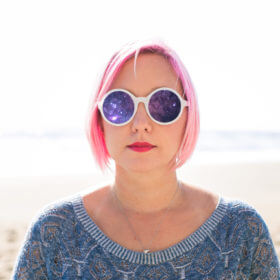 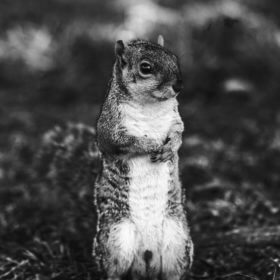 On having your shit together. And flying squirrels.