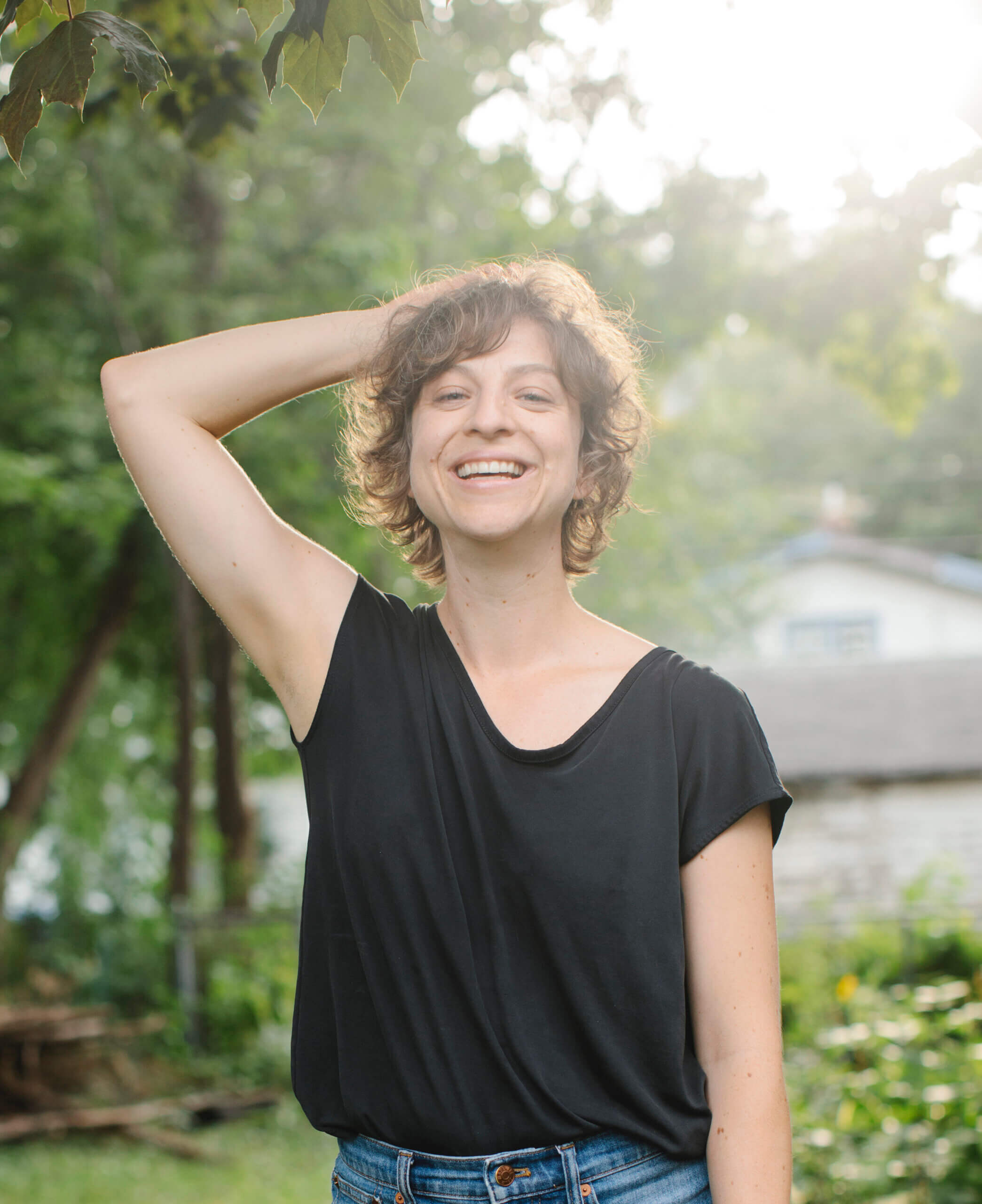 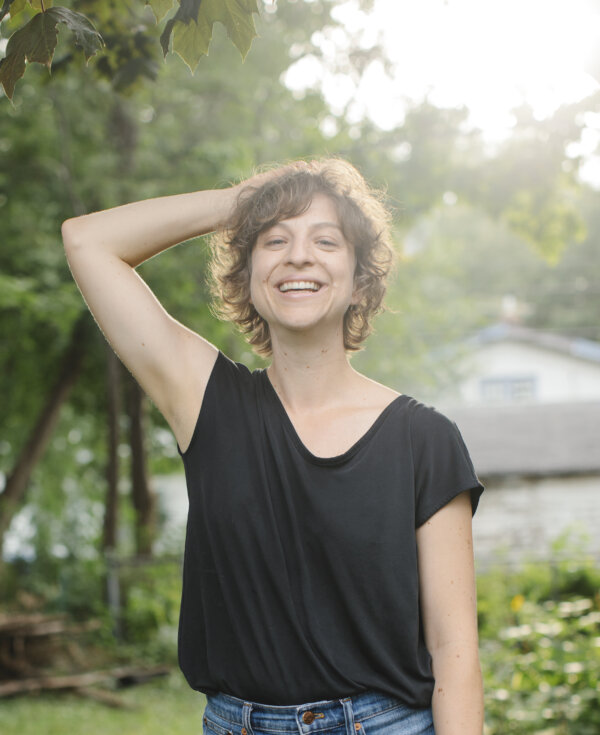 This episode of That’s What She Said will make you feel less alone and more sane.  Bonus: you get to meet a rad new person and learn from her wisdom!

Laura Holway is a teacher, coach, writer, and kindred spirit. We met earlier this year. I immediately asked her to be on the podcast when I caught her talking about click-bait entrepreneurship and calling out the bullshit marketing practices that have hurt my soul over the last 11 years of owning a business.  (Related: the next level doesn’t exist.)

I invited her here to call out all sorts of bullshit, to help you remove yourself from those forms of bullshit, and to find the gifts that come after and from within the pain of our lives.

Laura uses a 5-step process to work with clients, and I wanted to walk through all 5 of those steps because they’re a.) brilliant and b.) clearly born of working the wrong way in order to find the right way.

Listen in as Laura Holway and I tackle learning to listen to your being, defining your center, connecting, experimenting, and creating support in your day-to-day entrepreneurial life!

Here are links to Laura’s Website ; Instagram; Newsletter; Podcast; and Tip Jar (it supports a scholarship fund for coaching — how very anti-capitalist!).  She also mentions Don’t You Feel It Too?

P.S.  What’s the book Laura mentions that I sweep from my own shelf to quote in real time during this interview?  Proposals for the Feminine Economy by Jennifer Armbrust. (Related: an invitation to let your deep knowing drive the bus.) 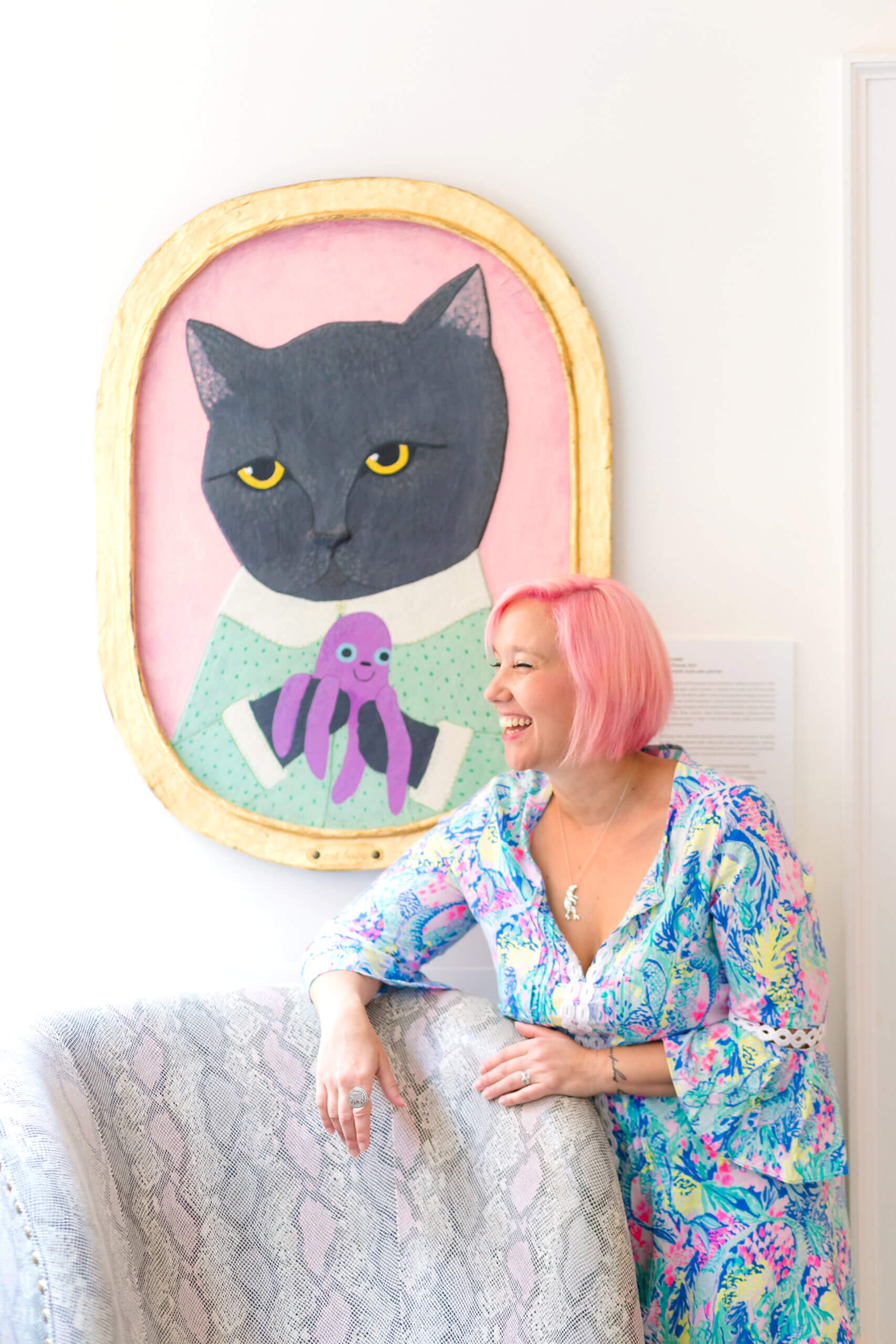 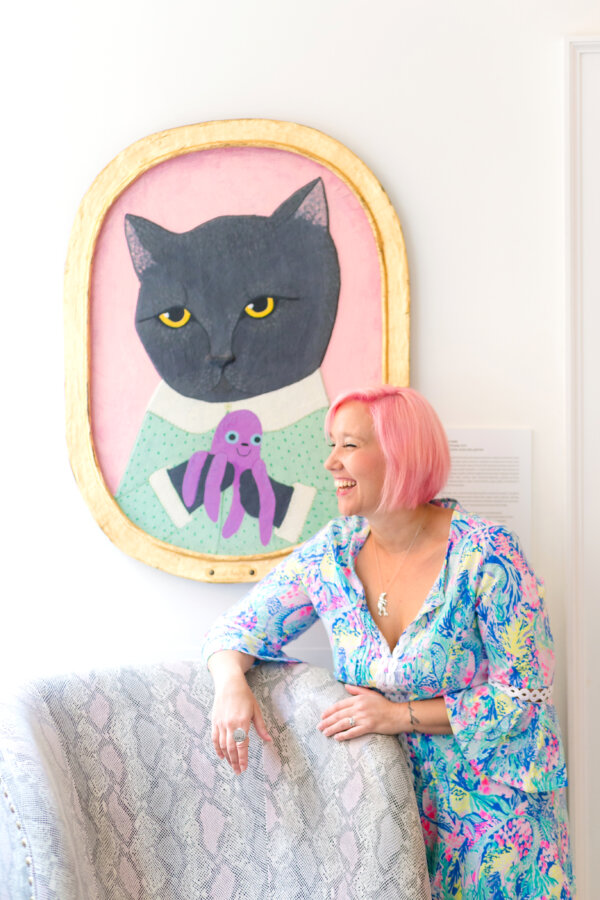 Pop Quiz!  Do you find yourself:

….working ALL the time?

…operating in a near-constant state of overwhelm?

…never or rarely taking time off?

…unable to ask for help even when you desperately need it?

…not letting yourself take on a project that lights you up because REASONS?

If you said yes to *any* of those questions, today’s podcast is for you.

In this live recording of the That’s What She Said podcast, we’ll root through the places you’ve fallen into overwork and overwhelm — then find some ways to ease up on yourself and see what happens.

And let’s do it without freaking out or making an enormous pledge to overhaul every aspect of your life.

Once you’ve listened, please contact me and tell me what you’re reclaiming right this instant!

🔥If you like the poem that kicks off this podcast, The Good Boss, download it as a gorgeous printable graphic here! 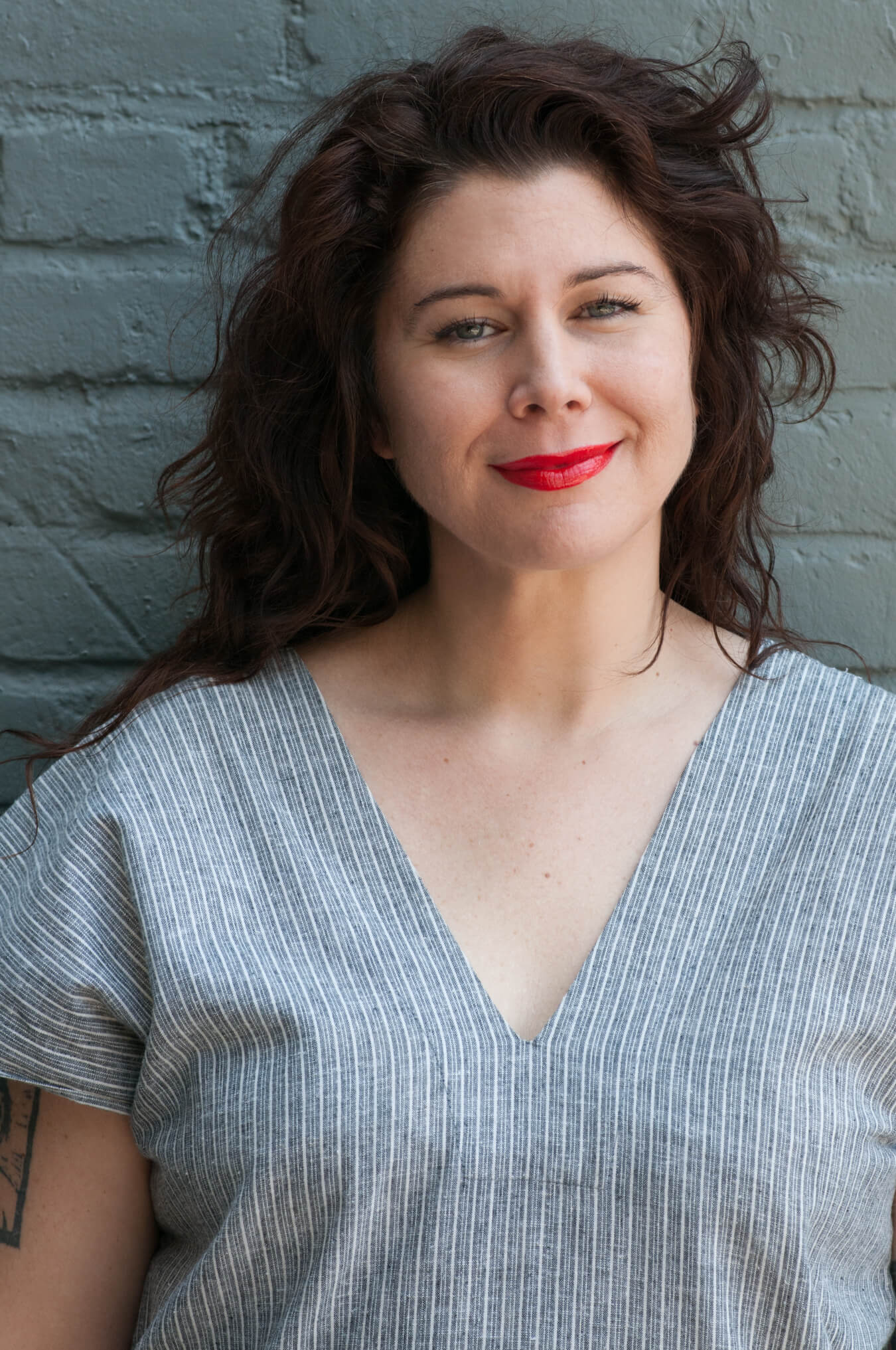 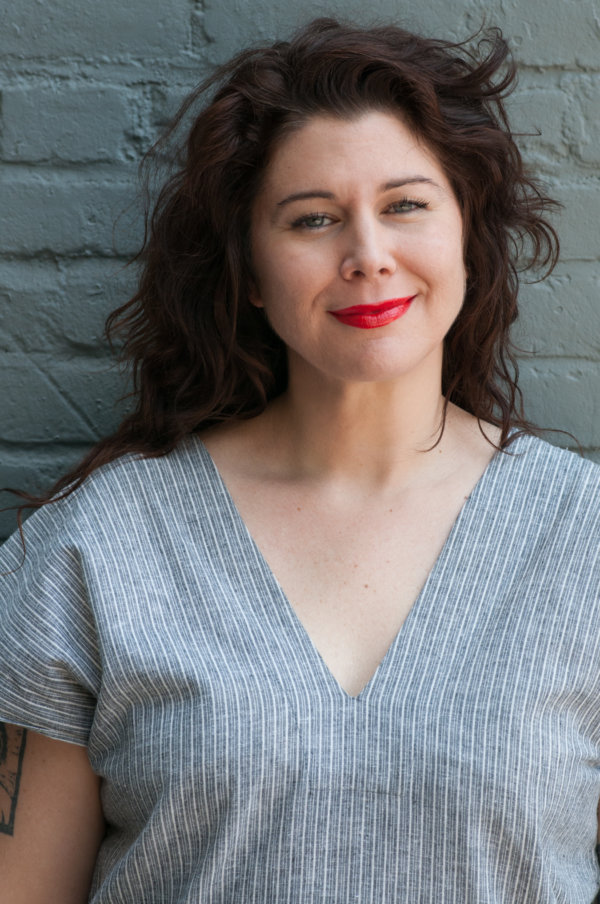 That’s What She Said welcomes back heroic and magical artist counselor Beth Pickens for the release of her new book, Make Your Art No Matter What!

Beth Pickens describes herself as a consultant for artists and art organizations. Her time spent working with so many artists is distilled to the most universal lessons possible in her new book, Make Your Art No Matter What, which has been described as “The Artist’s Way for the 21st century.”

(Her previous book, Your Art Will Save Your Life, was featured in That’s What She Said podcast episode #178 back in 2018, so please check it out if you’d like to hear more from her!)

In this conversation, we cover three big huge topics for artists that are also chapters in the book: Time, Fear, and Asking.

THERE ARE MINDFUCKS EVERYWHERE, AREN’T THERE?

Beth walks us through all these questions in order to create and maintain a relationship with our artistic practices.  Her words are deeply grounded, wise, and perspective-shifting.

Before you click away because you don’t see yourself as an artist, please read Beth’s definition:

“Artists are people who make art. My deeper understanding is that artists are people who are profoundly compelled to make their creative work, and when they are distanced from their practice, their life quality suffers. Making their work is a way to take care of themselves, communicate, process information, engage a spiritual interior, or strengthen their relationship to themselves and others.” — Beth Pickens, Make Your Art No Matter What, p. 10

Buy Beth’s book, Make Your Book No Matter What, here or wherever books are sold.

Once you’ve fallen in love, join Homework Club, Beth’s monthly subscription that helps you pay attention to and cultivate your art practice with other artists!

P.S. Beth says Your Art Will Save Your Life. 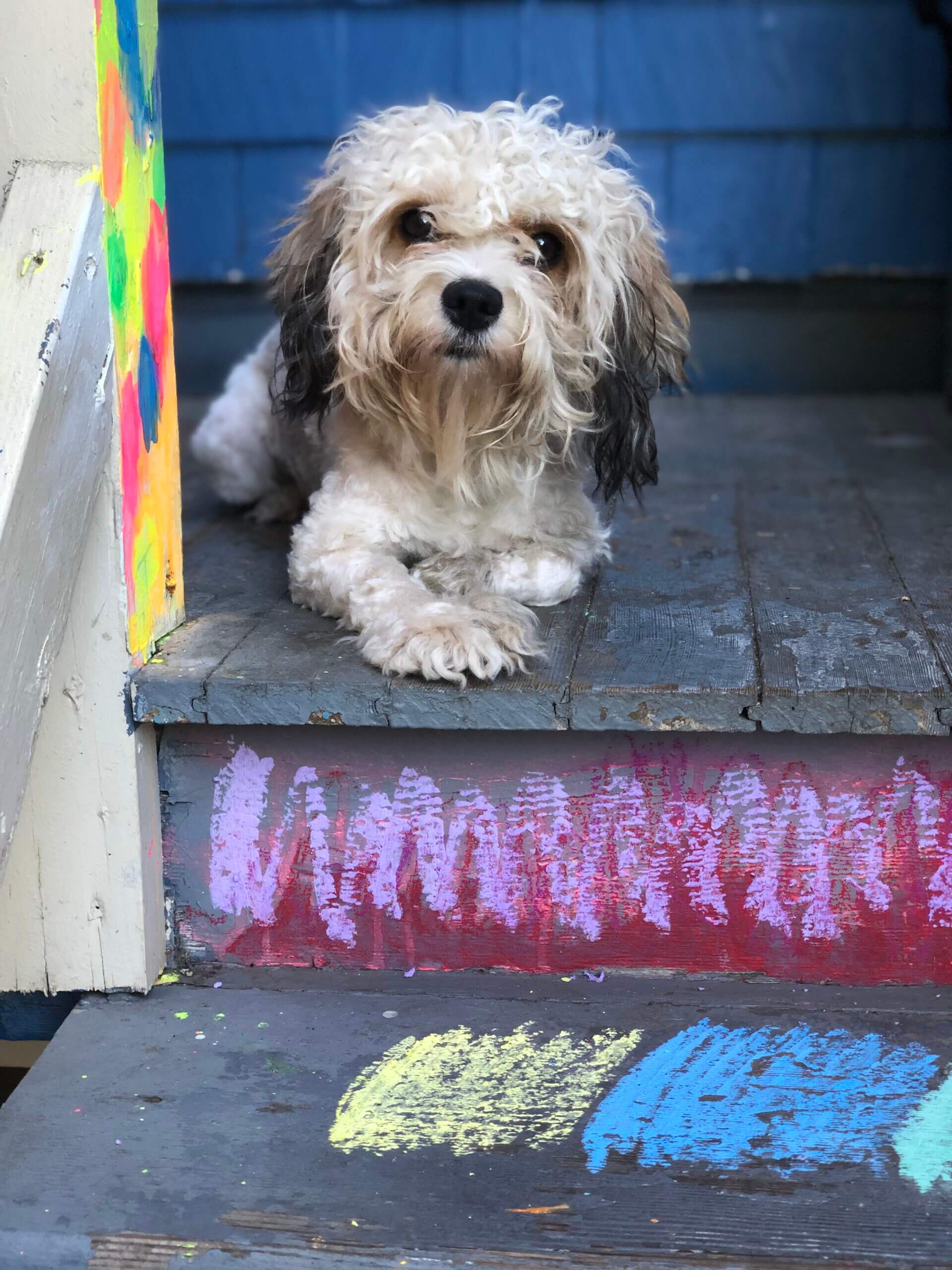 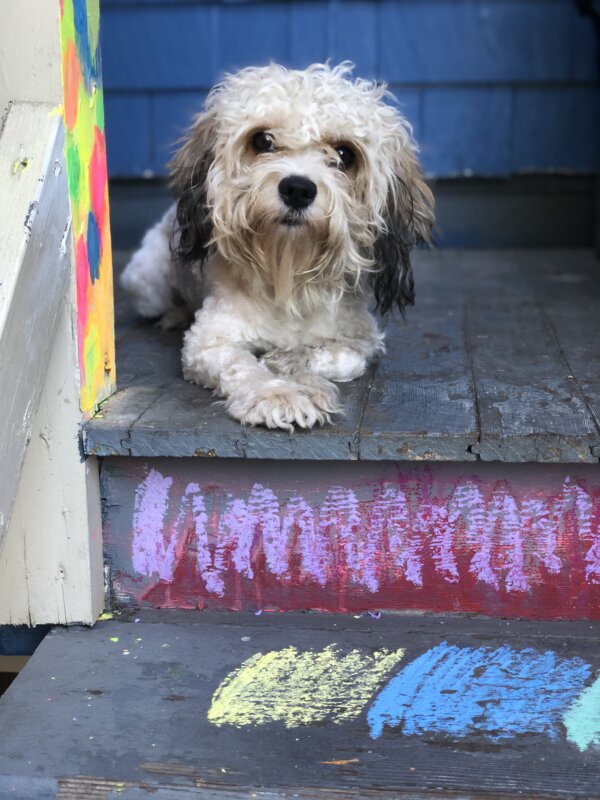 Psst! This is an episode of That’s What She Said! You can listen in below, or keep reading for a transcript-ish version of events.

Maybe it wasn’t clear before.

Maybe you suspected you’d been duped, but you needed confirmation.

Maybe you desperately, desperately hoped that having moved across the country with your partner, two pets, and every last one of your possessions on the first day of 2020 was ultimately NOT a bad idea.

And then you hear it: the phrase that will change everything.

Note for arachnophobes: there are no images or vivid descriptions of spiders in the words that follow.  I’m trying to tell a story, not WRECK YOUR LIFE.

UM, NEIGHBOR CHRIS, FIRST OFF: HOW IS THAT EVEN A SMELL?

I DID NOT KNOW THAT WAS POSSIBLE: FOR THERE TO BE SO MANY SPIDERS…THAT THE BASEMENT…SMELLS LIKE…THEM?

(I TYPE IN CAPS FROM NOW ON OBVIOUSLY IT’S THE ONLY WAY POSSIBLE TO DISPLAY MY UTTER REVULSION AND TERROR.)

First, I presumed it to be true, ’cause neighbor Chris had lived in Portland all his life and therefore knew a thing or two about spiders.

Oregon makes spider attacks so normal that even as an arachnophobe you stop flipping out when, say, a few spiders fall on your head as you’re working in the yard. Or when dead spiders fall on you as you’re trying to relax on the porch. Or when you see teeny tiiiiiny spiders crawling on your laptop keyboard and then they just VANISH.

SPIDERS VANISHED INTO MY KEYBOARD AND I DID NOT STOP LIVING IN OREGON BECAUSE I WANTED TO BE STRONG, GODDAMMIT.

I can no longer pretend that the basement is not full of spiders…because clearly, it is, and they’re just waiting to hatch and eat me in my sleep.

OBVIOUSLY I can never go into the basement again.

As the days go on, Bear decides to be helpful. He approaches neighbor Chris in a friendly way: ‘Hey, would you mind if I cleaned the basement so it DOESN’T smell like spiders?” Neighbor Chris does a friendly rebuke, like ‘No man, that’s okay.’ Bear attempts over and over to make headway, here: how about now? What if I promise not to touch your stuff? What if I only clean the shared areas?

Again and again, Chris expresses versions of nope, no, and no thank you. The spiders continue to Occupy The Basement in an arachnid campaign that would make Bernie Sanders weep with the brilliance of its simplicity.

Of COURSE my suggestion is dismissed: what if I walk in, douse the whole basement with gasoline, AND BURN THIS HOUSE DOWN?

This refusal to eradicate the spiders raised EVEN BIGGER questions about living in Oregon. Who is willing to live with a spider infestation? Who refuses free help with cleaning from a tidy Italian man who has nothing better to do during a pandemic? Who is not only willing to live, BUT COMMITTED TO, LIVING IN A DEN OF SPIDERS DEAR GOD THE HUMANITY. ::wrings hands::

Other things happened in Portland that let me know it wasn’t for me. Once, Bear and I were driving to The Goonies House and accidentally merged into a Proud Boys truck parade at a stoplight. In case that wasn’t clear: WE ACCIDENTALLY TOOK PART IN A PARADE CELEBRATING DOMESTIC TERRORISM WHEN WE WERE JUST TRYING TO SEE THE HOUSE WHERE THE GOONIES WAS FILMED.

In addition, police violence and federal-government-sanctioned violence were at an all-time high. Activists were being snatched up by unmarked vans, disappearing for hours and being held by ‘officials’ without any stated cause. Bear was less than 20 feet from Portland’s mayor on the night he got pepper sprayed repeatedly by his own police force.

And the DRONES. Police drones. Data-scraping drones. Military drones. I didn’t know how many drones could be present in the air at any one point. And silly me, I didn’t even know police drones were a thing! We got used to drones the size of my VW Beetle hovering overhead regularly.

One day, my friend Dawn called to say that an apartment had opened in her triplex and did we want to come home now?

We were committed to a new start in Portland.

That meant we were also committed to having spiders in our basement. And escalating police violence on the daily. With a side of domestic terrorism. While drones that could hold their own in any dystopian novel patrolled the air. During a pandemic. Which did not yet have a vaccine.

It was scary as fuck.

It was also PRECISELY the confirmation we needed to get out of the city as soon as possible.

Wherever you are, and whatever you’re committed to?

You get new data.

You learn that you’ll be surviving your first pandemic.

You know a place in reality, not just through visits.

You have more information.

You watch spiders crawl into your keyboard and never crawl back out.

It’s okay to admit that your current situation isn’t working.

It’s okay to adjust the sails (or, in my case, move away from the drones).

It’s okay to respond to life as it happens, even if your plans were PERFECT and the budget doesn’t allow for any deviation from the plan.

Shaming yourself for not knowing what you couldn’t have known won’t help anyone.

You take it all in.

And you adjust to life’s insanities as the days unfold.

For the record: I never went into the basement again.

(Image: Portland Bubs was apparently pretty ragged and barely holding on, or at least he looks like it in this photo.)

P.S. Sometimes ‘not this’ is clear enough. 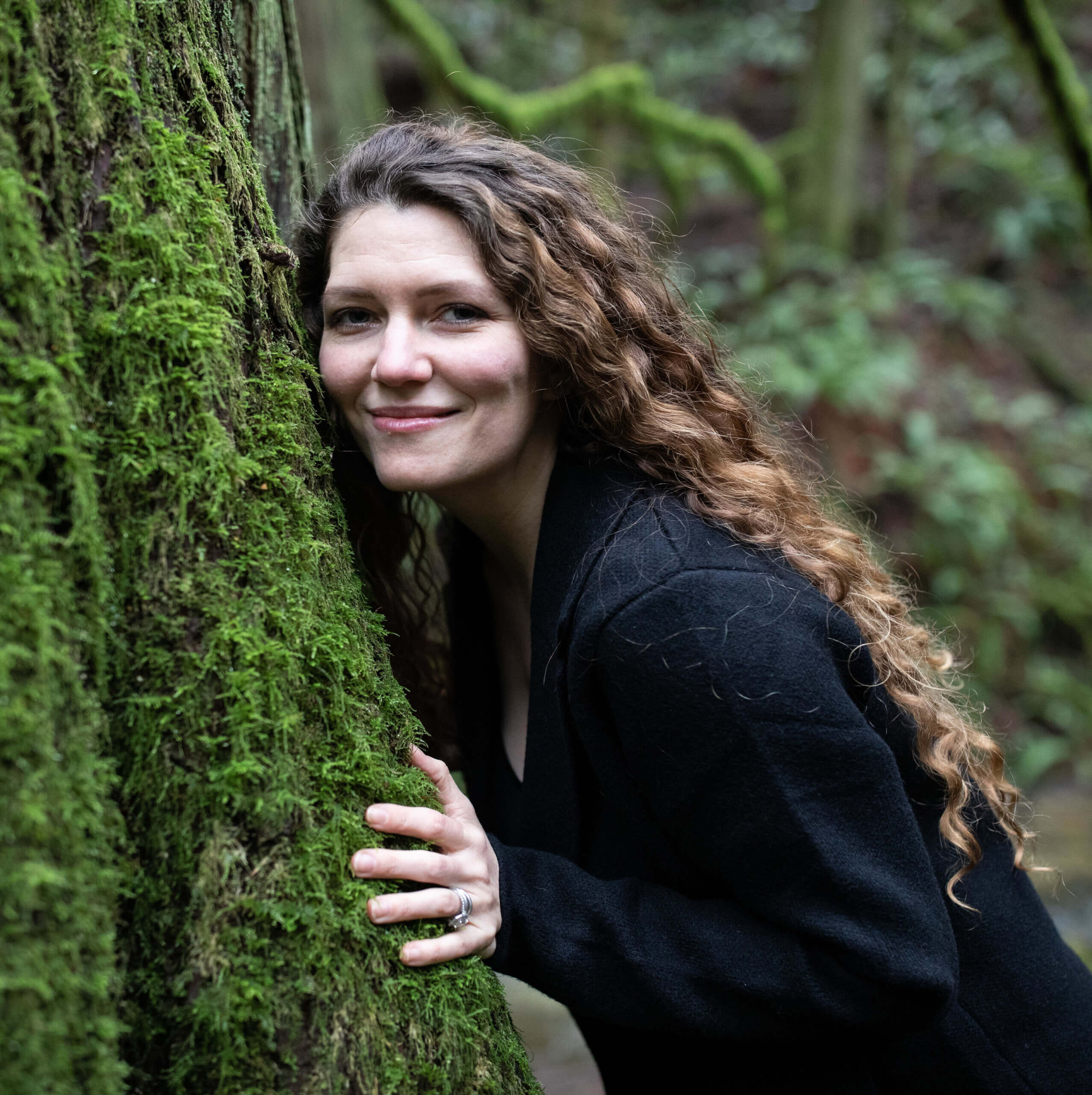 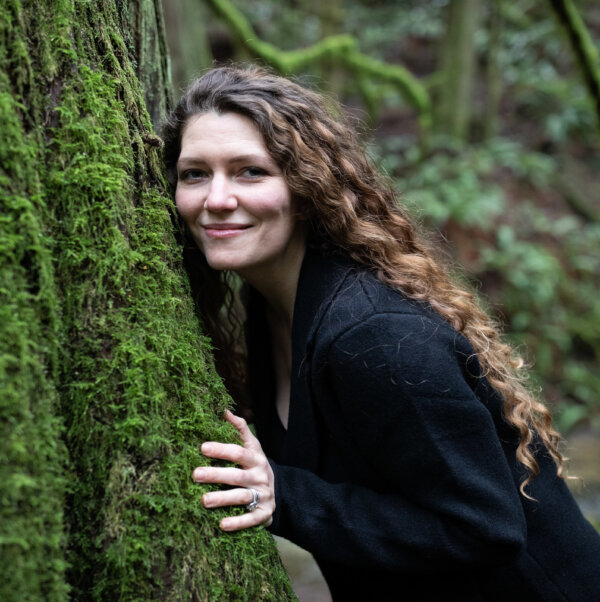 Her book of the same name is the focus of today’s That What She Said podcast interview!

Katherine North is a masterful life coach, stellar author, and fellow enneagram 4-rocking human. Her memoir, Holy Heathen, is ultimately a book about growing up displaced from American society — and herself. She writes of her time growing up in Japan with her missionary parents and all the complications that living for ‘God’s Will’ brings with it. (Spoiler alert: God’s Will kinda sucks.)

If you’ve ever been a member of organized religion and then found a way to leave it behind, WE GOT YOU AND YOU’LL LOVE THIS.

In this interview, we talk about:

…and a bunch more stuff!  We laughed, we cried, and we connected.  Enjoy!

P.S. Have you listened to the 1st LIVE episode of That’s What She Said yet?