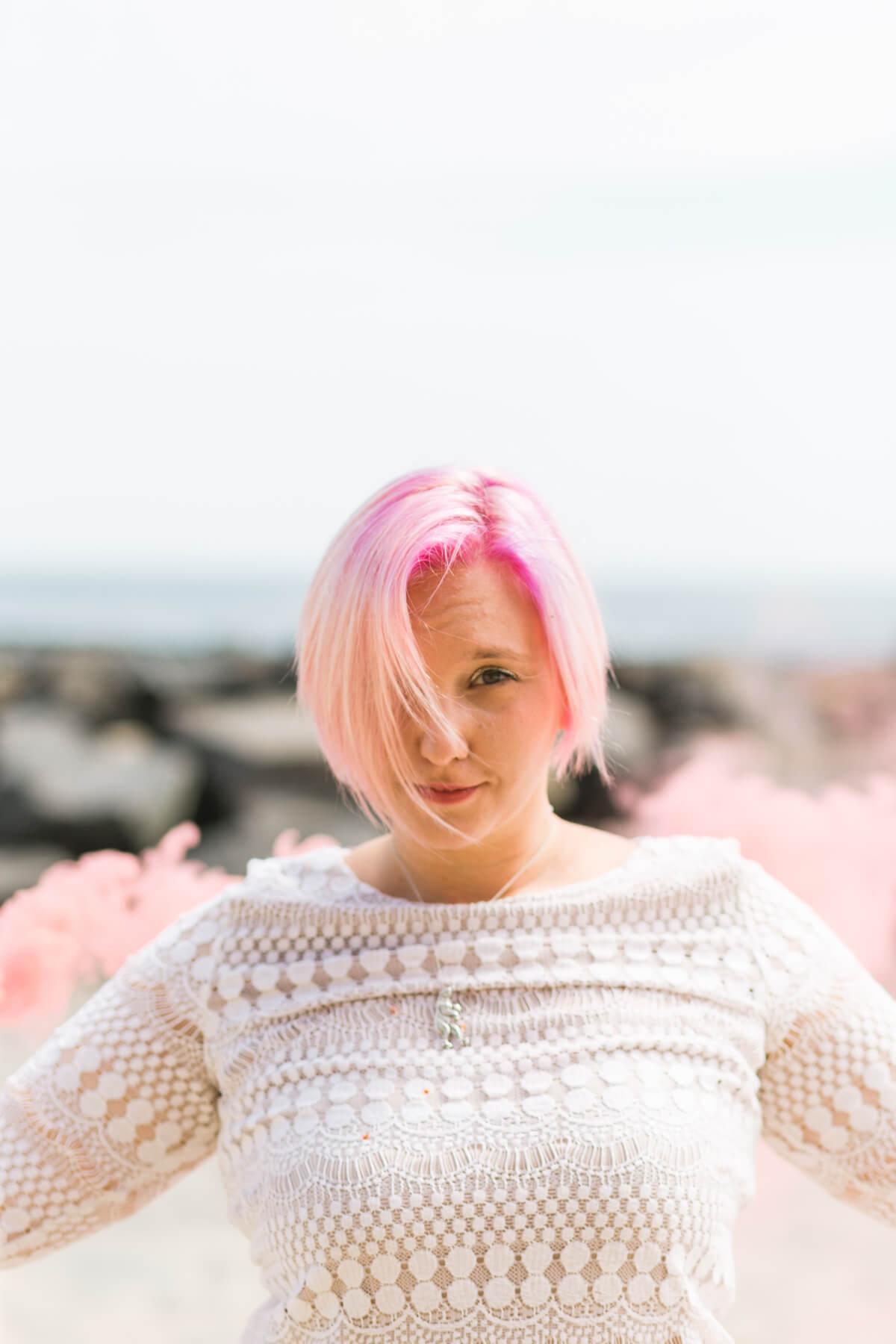 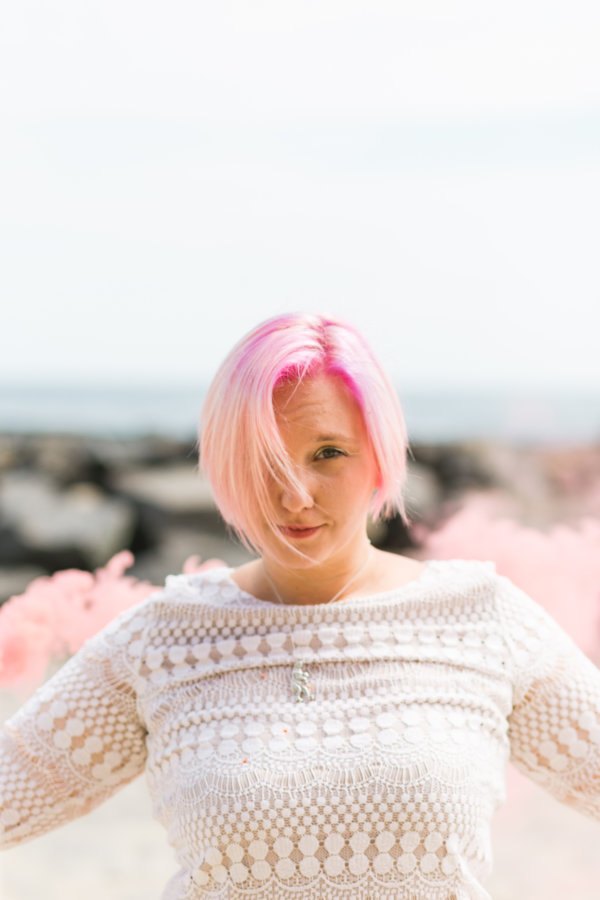 In this, the final episode of M-School — i.e. magic school for entrepreneurs — we break down *exactly* what you’ll be creating, promoting, moving, and/or shipping for the next six months.

We’ll walk through each part of making a marketing calendar, step by step, without freaking out or being overwhelmed by all the possibilities.

I know this is difficult.

That’s just your asshole brain coming in to sabotage you.

Remember your personal Voldemorts. Remember why you’re choosing to be in business in the first place.

Remember why you’re choosing to have a business and reach your ‘enough‘ place.

For now, refuse to be overwhelmed. And get to listening. 😉

P.S.  This is episode seven of M-School, my magic school for entrepreneurs!  Here are episodes one, two, three, four, five, and six.   (The entire That’s What She Said podcast lives here.) 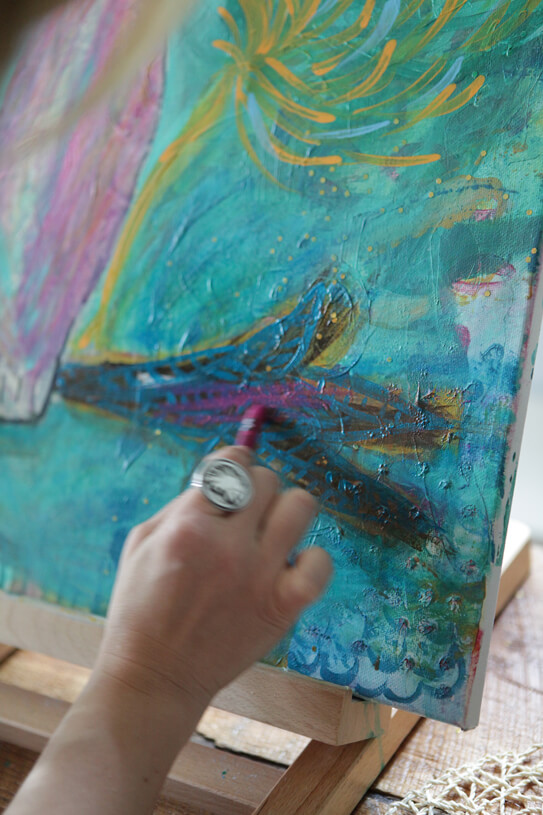 Heads up: this episode of the podcast is coming to you from a bubble bath in California, ’cause inspiration struck.

Lots of us do invisible work and then resent the crap out of people who fail to see it.

In this episode of That’s What She Said, we talk about making your work visible. Even your boring work, your dull work, your everyday work, and the work you’re sure you’ll be stuck doing until the end of time.

What if we made our internal checklists visible to other humans?
What if we changed up the ‘just shut up and be a martyr’ pattern and instead, asked for help?
What if we asked for people to acknowledge our completed tasks, to-do lists, and the many items we accomplish on a daily basis?

Once we tackle small to-do’s and offload tiny tasks, we can build up to asking for help for big and/or important tasks. Like parenting. Like entrepreneurship. Like being human.

Then, we move on to actually showing your work to other humans instead of minimizing it, pretending it doesn’t matter, or turning it into an albatross that causes you to hate everyone in your life.

One step outside of the domestic world, there’s the career-related behind-the-scenes work you complete and don’t share.

For example: breathwork is the energetic reset-slash-scrub down practice I do on a regular basis, and I trained in both New York City and Los Angeles to become a practitioner in 2017, with more trainings coming up this year.  Work. Made. Visible.  You can take a class here, schedule a 1-on-1 session here, or learn more about breathwork itself here.

You’ve got behind-the-scenes work, too.

Listen in to get started, to stop resenting your family members and/or loved ones, and to dig deeper into exactly how much you accomplish on a daily basis.  HINT: IT’S SO MUCH.

P.S. Vulnerability 101: how to stop hiding your work and be seen by all the people who matter. 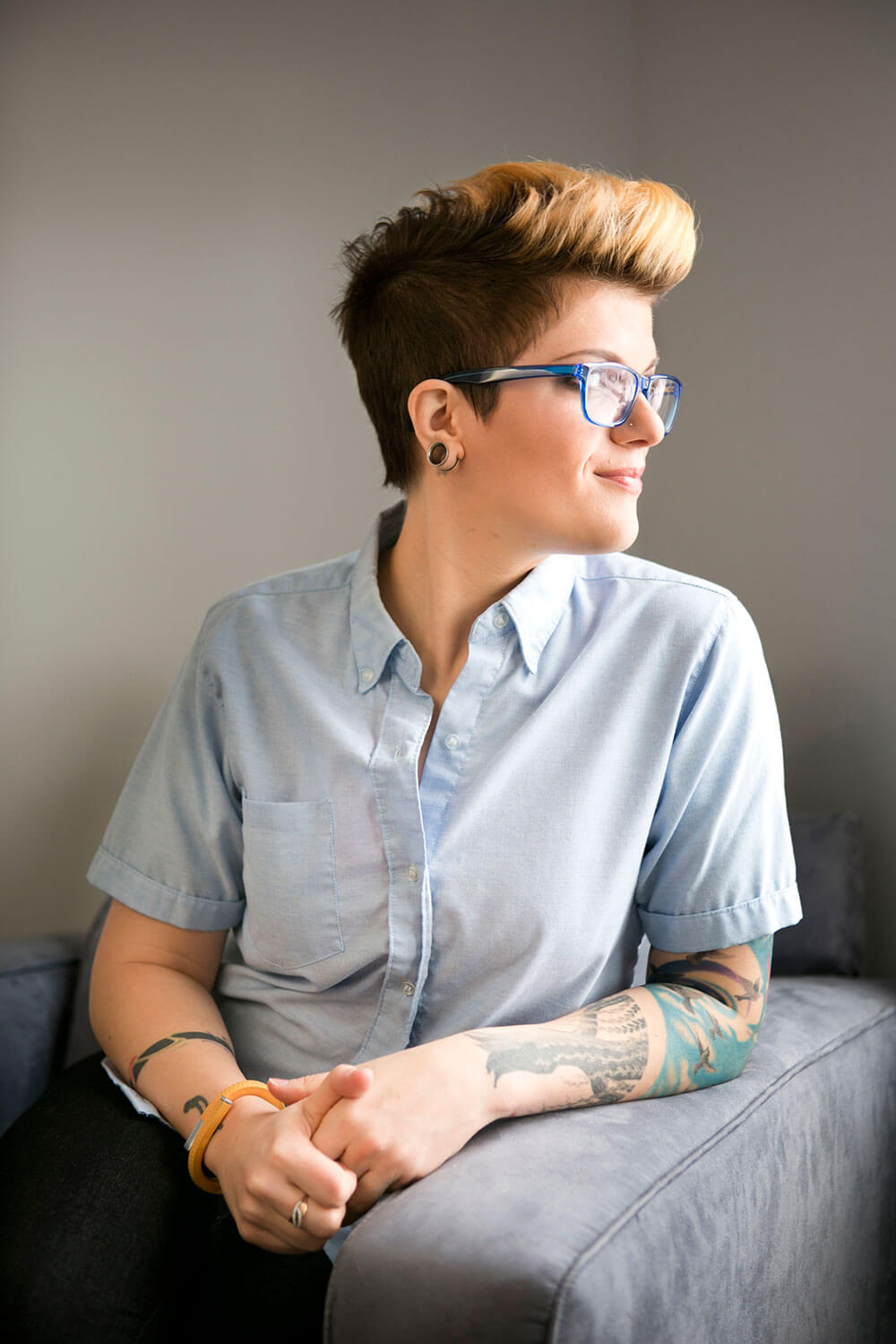 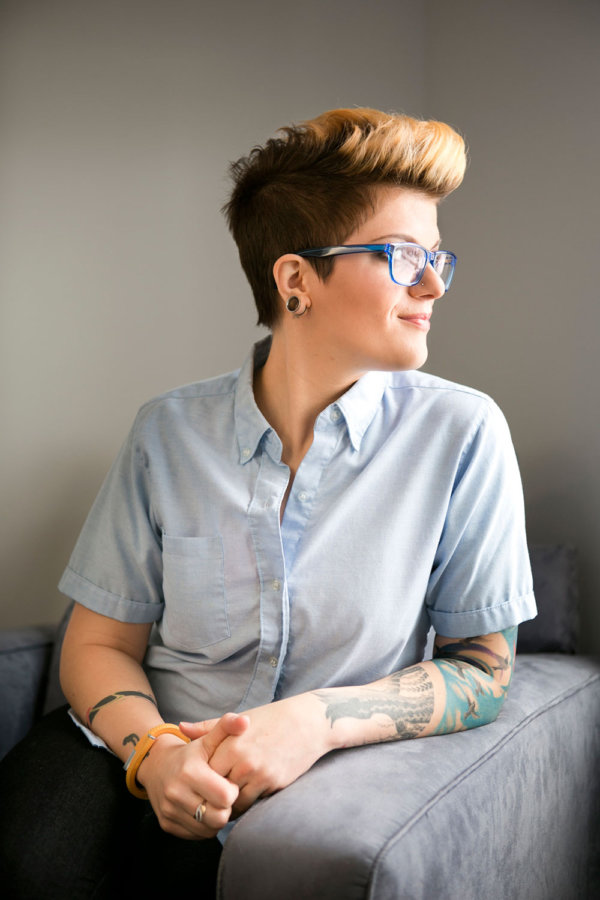 Let me be perfectly honest: I don’t often send frantic e-mails. Every single frantic e-mail I’ve penned in the last six months has been sent to Tiny Blue Orange.

In the past month, I’ve sent the company’s founder, Alison Monday, questions about my CNAME, broken webhooks, and getting my auto-redirects in order. All of them OH GOD HELP ME I DON’T KNOW WHAT I’M DOING, and all of them returned with the problems solved in no time flat.  To which I respond with, YOU ARE A MIRACLE.

In her own words: Alison Monday is a responsive website developer + support system who focuses on WordPress sites. She’s fixed/maintained/built/hosted/improved online presences for dozens of amazing clients over the last 10 years.

When she’s not ruining the fun for hackers, you can find her in CrossFit, teaching yoga classes or carrying on serious conversations with Brutus + Pixel (her 110 pound bullmastiff + 95 pound lab/pitbull/mastiff mix, respectively).

Discover what it’s like to truly fall in love with your website + web developer by hiring tiny blue orange for development, hosting + support of your online presence.

I had Alison pop in on this episode of That’s What She Said to fill us in on the most common mistakes she sees entrepreneurs making with their websites, and how to fix ’em.

Before you’re like, NO KRISTEN I CAN’T LISTEN OR I’LL FALL ASLEEP AND CRASH MY CAR DUE TO BOREDOM, no.  You won’t.

Alison keeps it light and simple.  There’s no shaming involved.  If you don’t have a website opt-in or a Google Analytics account or even the faintest clue about how to work the tech end of things, it’s okay.  You can start where you are, and no one is going to make you feel awful about your current location.

In this episode of That’s What She Said, we also talk about:

To hire Alison and the Tiny Blue Orange team, you’ve got options! Opt into her Nerd Alerts right here. Take the wordpress security quiz here, or hire her to handle your hosting, security, optimizing, and tech-ing of all kinds right here.  (Also you can follow her on Instagram right here.)

P.S.  Want another interview with a miraculous person I happen to love?  Choose from Branden Harvey, founder of the Good Newspaper, or Nick McArthur, one of the bravest people I know. 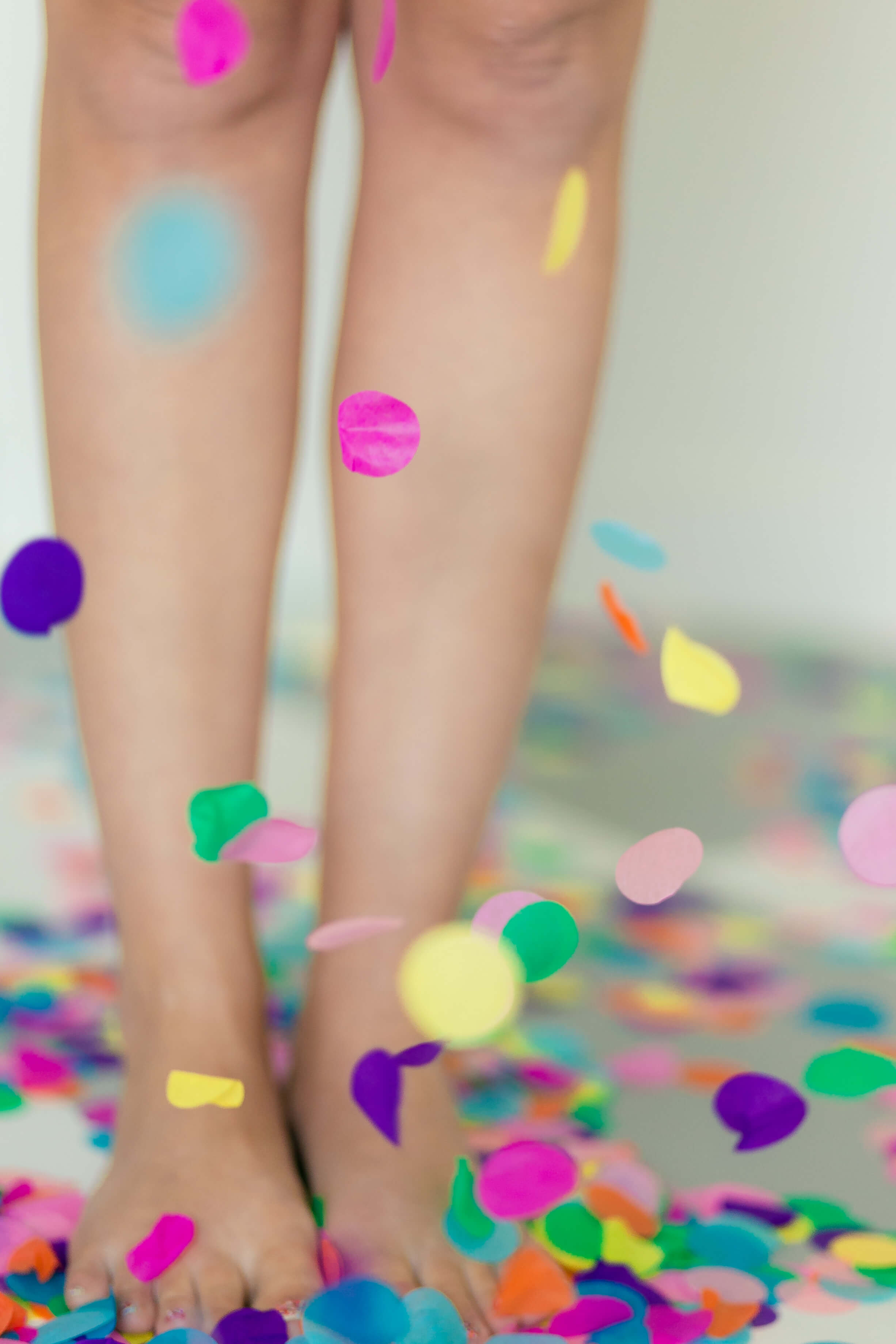 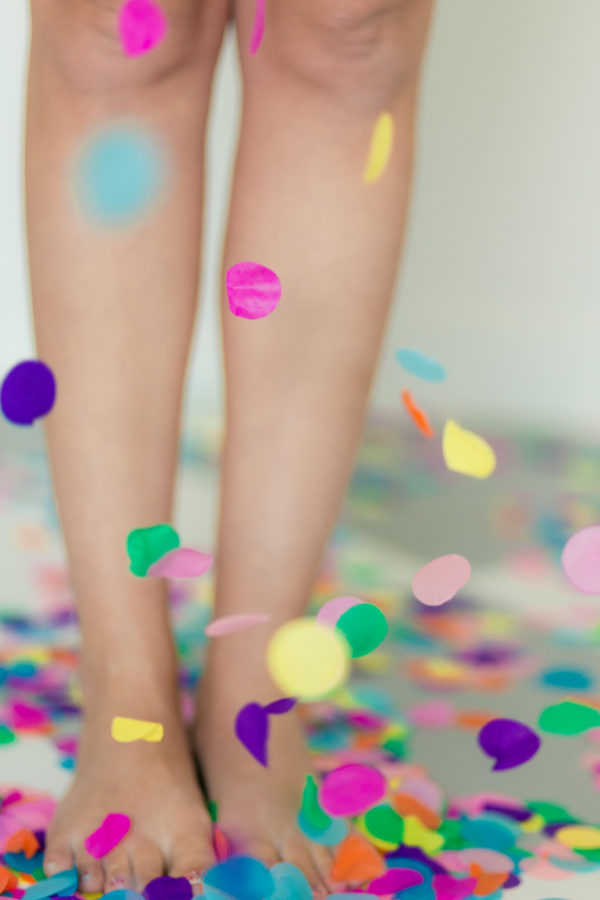 Today can we talk about why I hate selling stuff, even though part of my job is teaching people to sell stuff? I hate selling because you have to stay on it.

You have to keep selling and marketing far beyond the point where you feel any reasonable person would have purchased, bought, added to cart, or checked out.

The vast majority of people hem and haw and put off decision-making and “think about it” and ponder it and ask questions and talk to their friends about what they should buy and then, eventually, buy the thing at the last possible second or when the ‘deal’ runs out.

This is what I’ve learned about this staying on it by carefully watching my own impatient tendencies and my peeps’ procrastinate-or-bust behaviors for years and years.

Stay on it rule #1: at LEAST 50% of sales come in at the last possible minute.

When I launched my Sales Without Shame program a few years ago, over 50% of the introductory sales came in during the final 48 hours of the offer. This time around, that procrastinators’ percentage for the Brave workshop Early Bird pricing ending was actually 83%. Had I not sent a series of ‘This is your last chance’ e-mails about Brave, I’d have missed out on 83% of sales.

In case your eyes are glazing over that number: EIGHTY. THREE. PERCENT. Of sales.

That means that if you want to move $1000 worth of product, failing to let your peeps know about a deadline means you’ll walk away with only $170. (That’s an exceptionally procrastination high percentage, but it points to a bigger issue.)

Continuing to push sales at the last minute is the hardest part of marketing by a long shot.

By the time your promotion or your next product/thingie/service/class is even announced, let alone coming to a close, you’re sick of talking about it. You’ve had to come up with seemingly endless ways to discuss your own best features and benefits, and you’re all out of buy-it-now-juice to sprinkle on your potential customers. I know.

But if the doors close at 2:00 p.m., plan on a deluge of action from 1:30 to 1:59 p.m.. Don’t give up and say your efforts aren’t working during the hours beforehand, like your asshole brain will tell you in order to keep you from sending that last e-mail or making that last post. Don’t let your peeps coast through the deadline without mentioning it many, many times.

If your doors never close — if you’re always perceived as available and capable of taking clients — potential clients don’t have this sense of urgency. They don’t have to hop on board or get in line because you haven’t given them any reason to do so.

Deadlines for promotions naturally regulate the flow of income to your business.

No promos? No deadlines? No one is beating down your 1:59 p.m. doors, since absolutely nothing happens at 2 p.m.. That probably means lower income for your business.

Stay on it rule #2: you can always try again.

Since I launched the Brave workshop at a time when actual, literal tenets of fascism were being introduced in my country — SURPRISE THE PRESIDENT HAS BEEN IN OFFICE FOR 48 HOURS IT’S ALREADY A SHIT SHOW — I got considerably less attention than I had planned with each marketing message I sent.

I could either a.) blame myself for being unable to rise above the collective dread, fear, and outrage sweeping through the nation, or b.) extend the timing of my offer and keep letting peeps know about what I had made and why it mattered.

Sometimes, events entirely outside of your control mean your promotion completely fails or you get precisely no attention when you had planned on hitting it out of the park. That doesn’t mean you give up and start over. That means you get creative. You can extend the offer, find a new way to talk about it, or start sending personal e-mails asking for help with promoting to your friends, one-by-one, who tell their friends, and you get your sales the painfully old-fashioned but incredibly effective way: by word of mouth.

For stay-on-it rules 3, 4, and 5, give the latest episode of That’s What She Said a listen.

Listen in, pick and choose episodes from the entire podcast right here, or subscribe in iTunes right here.

P.S. This is part 4 of the 4-part Crash Course in Sales!  Start by reading part one right here. 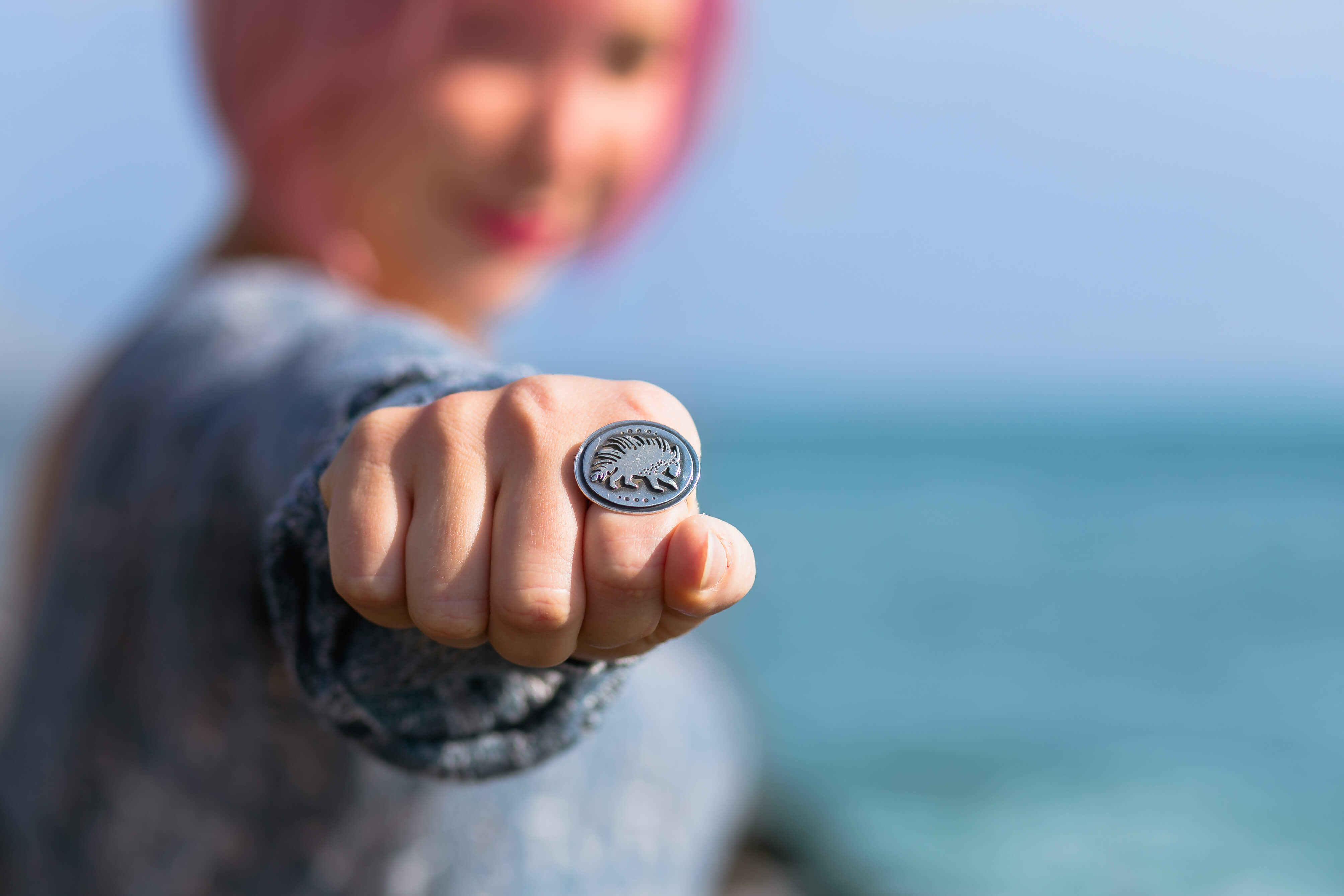 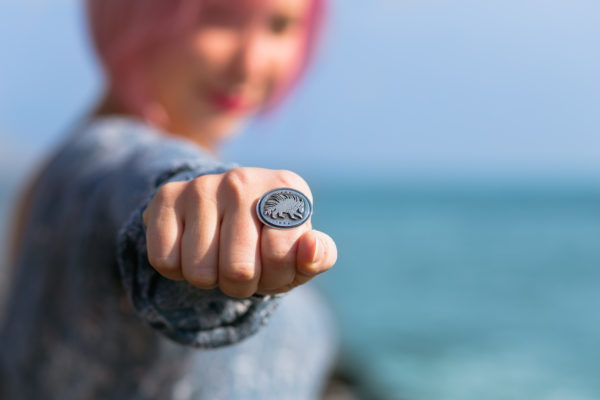 If you’ve ever sabotaged the crap out of yourself, your work, your desires, your plans, or your waistline, this is the class for you.

I’ve shoved and pushed and stuffed everything I know about stopping self sabotage into a single hour-long class, then delivered it live so that peeps could ask questions and I could answer ’em.

In Stop Self Sabotage, you’ll learn:

+ the name for and nuances of what you’re feeling as the U.S. descends into an unparalleled political space — and why that matters for your sabotage-y bits
+ the single most important factor in stopping the sabotage-y habit
+ the four sneakier-than-a-wily-raccoon elements that conspire to undermine your best attempts at getting your work done
+ the everyday, seemingly insignificant acts that make all the difference to living a bigger, braver life
+ why ‘earning’ your play time is the worst idea ever (really, EVER)
+ 7 daily actions you can take to stop self sabotage

In not-bullet-point-y terms, that means I’ll shower you with everyday, simple ways to make sure you get your work done without spending another day saying you’ll start — and I quote — “tomorrow.”

We’ll take on your asshole brain, why you let clients or your peeps walk all over you and how you can get that shizzy to stop, how Trump has messed with my business after being in office for less than two weeks, and how ALL of it ties back to making stronger, firmer boundaries as you go about your days.

You can absolutely do the things you say you’re going to do and complete the work only you can create on this planet.  But you’ll have to get savvy to your own patterns and then change ’em.  The Stop Self Sabotage class can help. 😉

P.S. YUP, you’re running out of time to get yourself to the Brave workshop — so hop on over here and grab a seat if you wanna make it happen before Early Bird Pricing ends!