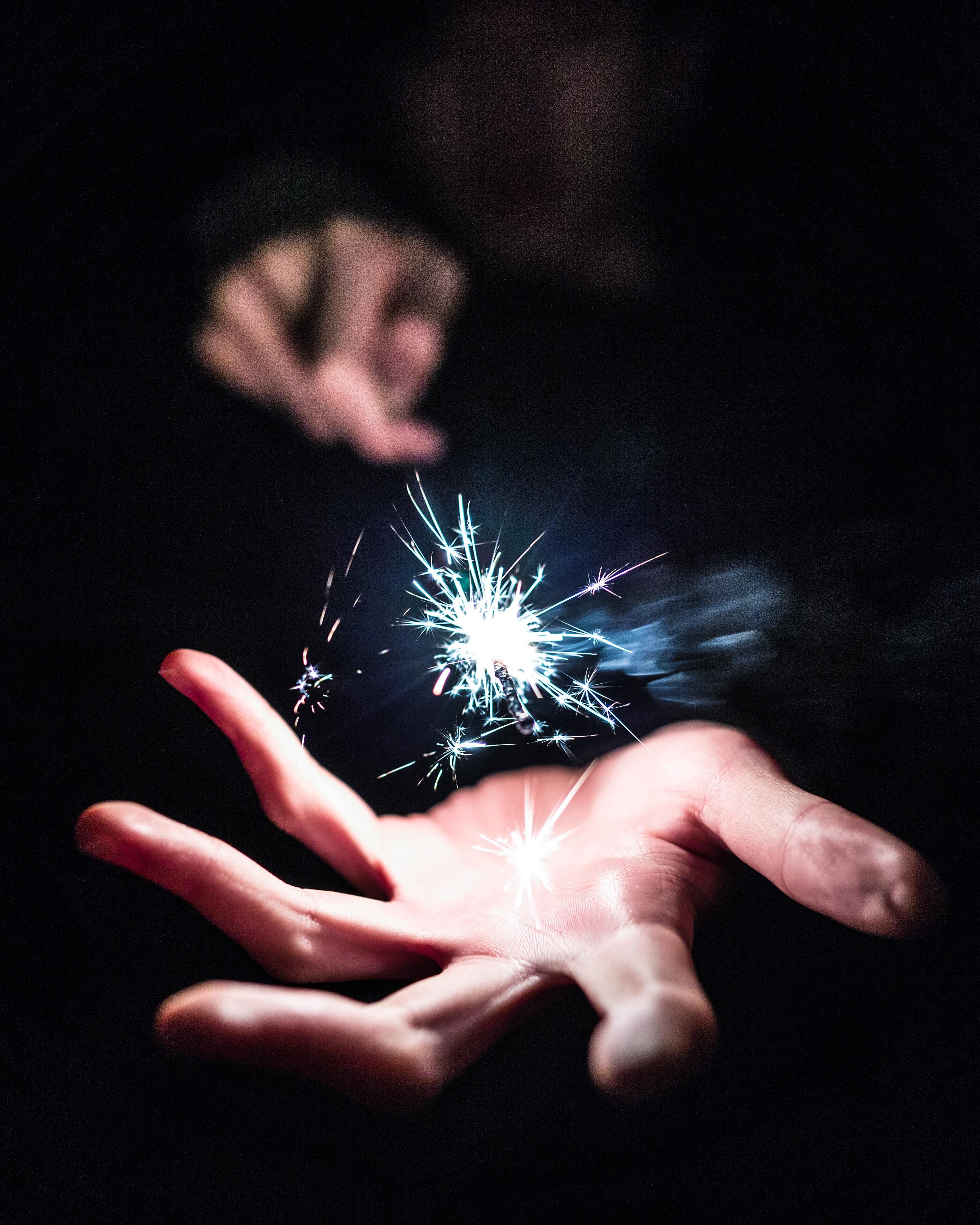 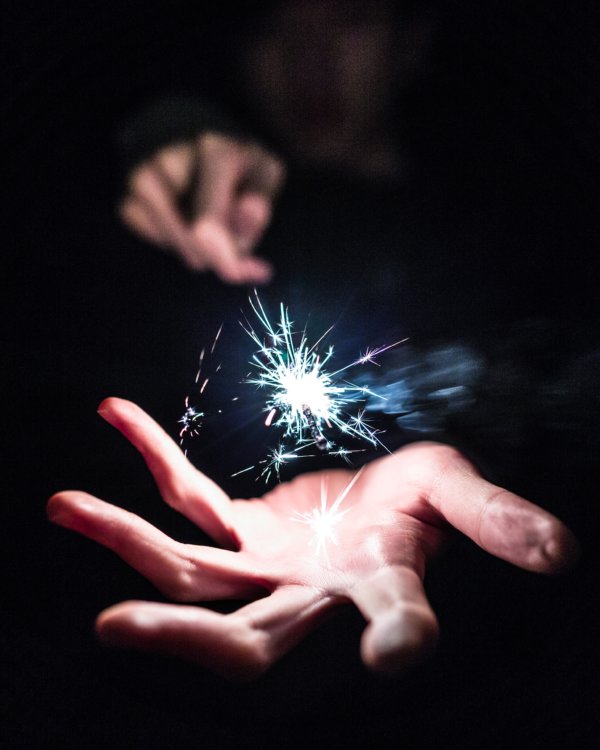 This is M-School installment #2!  The first one lives here.

When you begin to back off on the shoulds that you’ve been feeding on, there will be varying degrees of chaos. If you aren’t pursuing that thing and those things and you admit that you no longer care about alllll that, you’re left with a bunch of dead, spindly creatures who haunt you like crazy.

Whether they take the form of something simple, like creating a social media account you have no interest in populating with stuff, or something far more complex, like creating a whole business around the things people said you should do “because you’re really good at them.”

Simply acknowledge the shoulds that you’ve shucked off, and then notice how they swirl around angrily when you take back your freaking power. They’ll never stop coming. They’ll grow wiser and more subtle with time, as they learn that you’re on to them.

And you, magical friend, will see them coming and do your level best to keep plucking them from your life and putting them in timeout.

Other activities will rush in like the waters moving to high tide, pushing and pushing you to either revive the dead creatures or to invite more into your life. Compromise will run strong, like letting your Twitter feed post to Facebook instead of simply deleting the account. Maybe marriage counseling will take the 8th time you try, or maybe cheese will stop giving you diarrhea if you only eat it on Tuesdays.  At 7:32 p.m..

The dead shoulds — dementors — are wily and devious and desperately want you to stay linked to a half life.

It’s your job to make space. To actively cultivate rooms in your emotional interiors (closely related: internal goals) where ideas and dreams and pursuits can begin to grow, without letting the dementors of all your dead shoulds morph into similar-but-different pursuits.

Making space is the hardest part.

The dementors will immediately want to replace your thigh gap aspirations with a new *healthy* organic gluten-free sugar-free vegan diet, and your 7-figure business aspirations with a mere high six-figure income and a house in the Bahamas, and your complete lack of giving a shit about makeup with a newfound interest in moisturizer and skincare instead.

Making space means you can see that the vegan diet will only replace constant exercise as a means of striving for perfection, or that the peace you seek isn’t tied to money, or that your skin really is fine without a 43-minute nightly routine.

It’s your job to give yourself the time and resources for absolutely nothing to happen.

Clearing the rubble of the shoulds takes time, and it’s far more important for you to see the dementors at work than to plop new dreams into the soil and hope they take.

If you don’t make space, you can’t make peace with all the ways unicorn blood has had its way with you. You’ll simply fall victim to the dementors instead, and that will be far worse.

Of course, when you make space, the dementors will get INFINITELY louder. Infinitely, like, you’ll have nightmares in which your life implodes due to your decision to stop making a product, stop offering a service, draw boundaries around your time or your business, or otherwise let space for the next thing to appear actually exist.  (Related: Space is a class for breaking up with your phone!)

You’ll have REALLY GREAT IDEAS that you would have killed for a month ago, but that are no use to you once you’ve decided to give up [that thing you used to do] forever.

Personally, my dementors have tortured me with dreams about being far, far under the ocean and watching the waves crash down while I’m in a glass house, hoping like hell that the glass holds because a crack in it means instant death. They’ve also left me stranded on the sides of roads in the dark in foreign nations, and my relationships have fallen apart in my nightmares, and I’ve felt horribly, utterly alone and have come back from the dream in tears.

It’s just the dementors, doing their best to keep me from making it to the peace beyond them.

Peace comes from sitting with the space you’ve made on car rides and between rounds of checking email, fiercely guarding the rooms where dreams are made.

One day peace will hit when you’ll realize you really don’t want 14 hours of each day to be scheduled, which is the other side of the 7-figure business, and you really can’t stand fake cheese because you miss the real thing, so why would you ever have tried that vegan diet?

Whatever it is that seemed so alluring will suddenly, swiftly, lose its appeal entirely. Forever. And you’ll have killed another dementor for good.

My own (waking) dementors in business have included, but are not limited to:

To be clear: these dead shoulds are a far cry from the projects I’ve undertaken with wholehearted enthusiasm and then biffed on or messed up or otherwise bungled. There are plenty of those, but at least they came from the deep parts of myself that needed to try or they might have imploded.

Shoulds brought to their fullest manifestation don’t provide any deep-seated fulfillment or meaning, because they were never your dreams to begin with.

It’s only after you achieve a few that you can begin to identify their patterns, see them more clearly, and otherwise call them out as they approach your to-do list.

Once you’ve hunted down your dead shoulds, it’s up to you to remember.

Remember who you were before you bought into someone else’s ideas for your best life.

The ‘shoulds,’ dead or alive, don’t have a place in any of those seasons.

They divert your time, energy, and money to places you’d rather not go. Real life example: I’m terrified of Tokyo’s subway — like watching videos of the pusher people designed to shove more humans onto the cars makes me break out in a sweat — and so I’m not going to use my resources to go to Tokyo. I’m not giving my days or dollars or daily steps to Tokyo. Ever.

Tokyo is easy for me to deny. You’ve probably got a similar place that zero percent appeals to you even though you generally enjoy travel. The trouble is, we often end up taking our businesses to Tokyo. We trust people who have taken up the mantle of workaholism, who peek into our social media streams or inboxes periodically to say, “Hey, you can do this, too,” and we follow them to places that give us the heebie jeebies without ever stopping to say, “This doesn’t feel right,” or “I’m tired and I don’t want to go anymore,” or even, “WHY DON’T WE TAKE A FUCKING BREAK.” We let ourselves be blinded by increased dollars or followers or press or all three. We forget our reasons for being in business, then find ourselves jammed on the Tokyo subway, wondering how we’re going to survive the experience when the dude with white gloves comes over to push one more life hack down our throats.

Quick! Make a list of the dementors you’re still fighting.

If you’re having trouble, here are some fill-in-the-blanks:

You’re not allowed to beat yourself up for the dementors’ existence, or to wonder why you’ve been blind to them for so long, or to make yourself wrong for having any dementors at all.

We all have dementors. We all fight them.

Set a timer for 20 minutes and write about ’em, even if it makes no sense and everything that comes out is garbled junk. This is for processing, not for showing to anyone for any reason, ever.

P.S. This is an episode of my podcast, That’s What She Said!  Listen in below or catch up on all the episodes here. 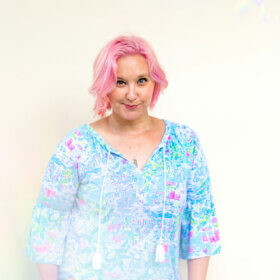 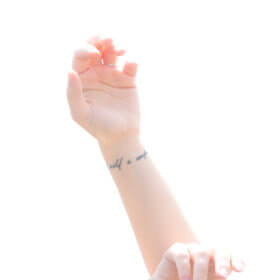