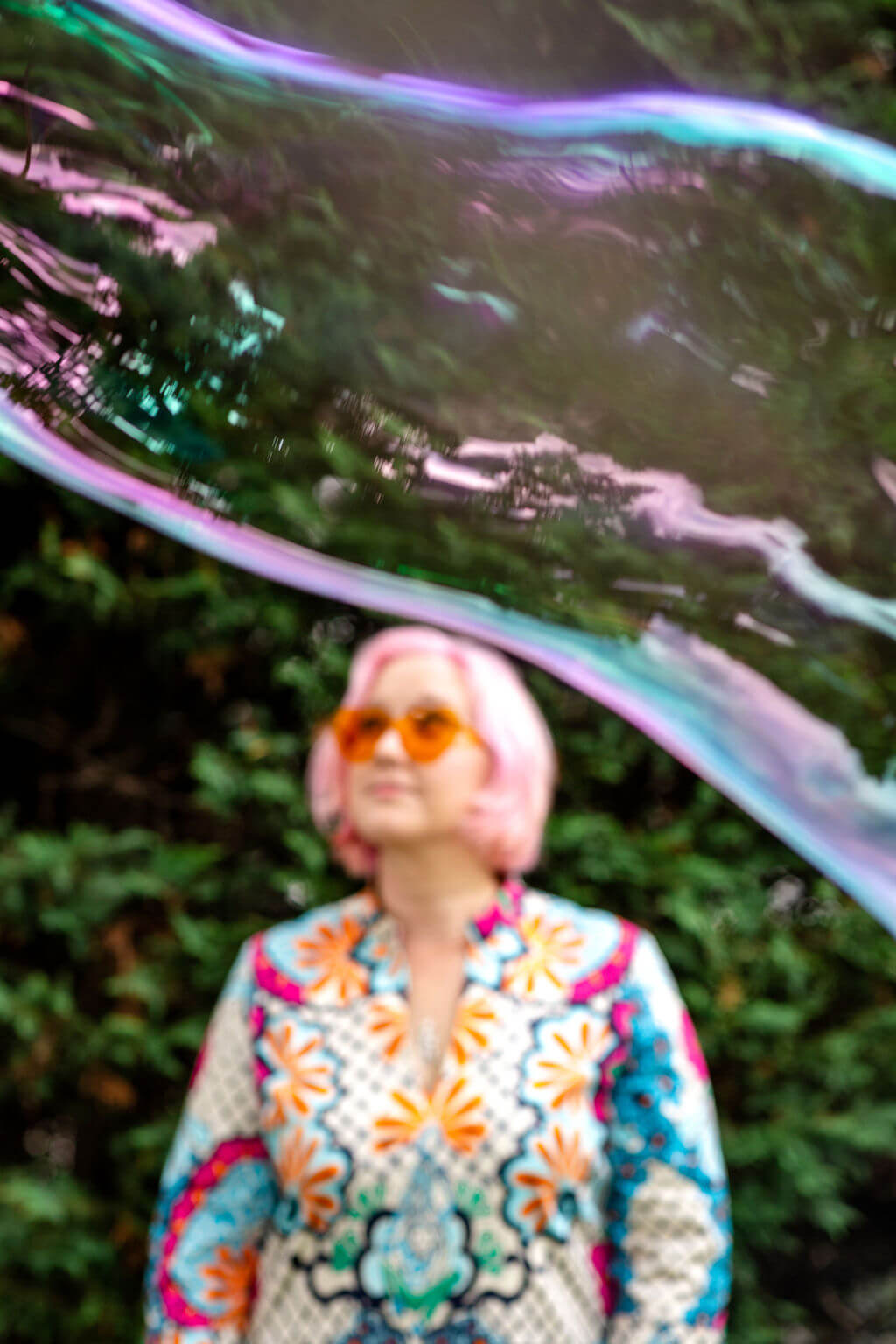 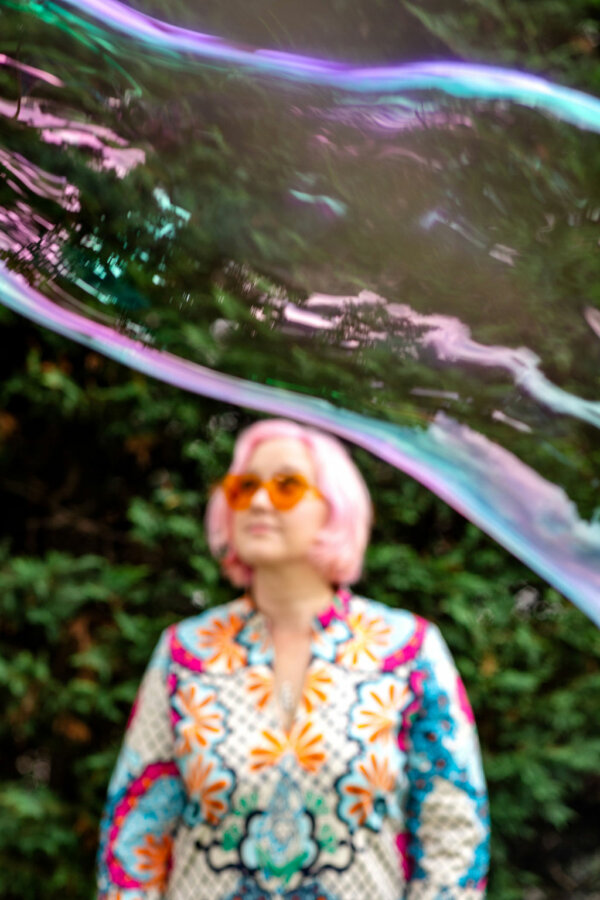 Have you ever learned a thing and then YOU JUST NEED TO SHARE IT WITH EVERYONE?  (Right after you remember that you wrote it, ’cause you discovered it on your laptop?) That’s this. Listen in to this episode of That’s What She Said below, or keep reading for a transcript-ish version.

A diary entry from March 2020, as Covid was descending upon the world:

“When I was going to Grandma’s funeral on Sunday, which was just walking to the closest cemetery to sit while her services were taking place thousands of miles away, Bruce sang me right to the gates with a song I had queued up the day before, like, “Next time you turn on Spotify, you’ll need this.” ‘A Long Time Coming’ felt just right for saying goodbye to someone who lost ten years of her life to Alzheimer’s.

When I arrived, a murder of crows greeted me — I’ve never had so many talk to me at once — and shook me down for peanuts. And I do mean shook me down.

Then I gave the ‘all clear’ energetic signal and they flew off. I was wondering where to sit or what to do for Grandma — beating myself up about how I wasn’t prepared because all I had was my body and these two rocks I’d picked up somewhere in New Jersey and carried to Oregon for ??? purpose — when a single fox squirrel appeared. They were sitting at the base of an enormous tree with magical, Disney-like light on them. So I sat down. And I cried.

An old Russian woman’s headstone was facing the spot where I was sitting, complete with a photo on her grave marker. And damn if she didn’t look enough like grandma for me to feel seen. So I sat under that giant pine and made an offering of what the earth provided: offerings to the four directions with gathered moss and pine needles, tiny branches and the discarded shells of nuts the squirrels had finished. No photos. Nothing to record. Just an offering of everything I had in that moment.

My friend Josh sent a song he was working on, and I listened to it with my heart wide open, weeping there under a tree while the crows chatted and the squirrels chased each other and the sun split the mandala exactly in half, dividing light from shadow.

The energy shifted in about an hour, which is about how long the service lasted, and I was released. I decided to buy something full of sugar and garbage calories for Grandma at the nearest restaurant, because food was grandma’s love language, but of course the nearest restaurant had a sign out front that said ‘Healthy organic shit’ on the sandwich board. Verbatim. I had the best oatmeal of my life, and some coffee, and one of the baristas sang along to Regina Spektor quite well as I ate.

I headed back to the cemetery for one last visit to the grandma spot when I remembered that I had a nut snack pack from Trader Joe’s in my pocket. When a fox squirrel stopped me on the sidewalk to beg, they got human-grade nuts in assorted varieties.

I left a few choice nuts on the mandala to ensure that the squirrels would find it useful and treat it as part of their home, not some weird human thing they had to avoid, then left the cemetery.”

Crows. Squirrels. An old Russian woman’s headstone. (The grave is written in Russian, so I can’t even acknowledge her name.) Canteen. Bruce. Regina Spektor.

We have every right to these invisible alliances, particularly when we’re down and out and stressed and the world is mired in fear. So, future self, cultivate them and use them and make them even stronger.  (Note that this phrase — build invisible alliances — was taught to me by David Elliott.)

Your alliances don’t have to be obvious to be meaningful.

You can be mentored by people who are long passed from the earth, or people who are still on the earth but so enormous energetically that it’s no small thing for them to teach you about life on the side.

You can be mentored by your dreams.
By songs. By albums.
By every single part of nature that you admire.
By books and words. By poetry.
By your dog or cat or chinchilla.
By past you. By future you.
By your friends. By your partners.
By ascended masters in other realms.
By your own breath.

Acting as if the only alliances that matter are the ones we can see, like corporate sponsorships for our souls, is detrimental to our wellbeing at all levels. Individually, collectively, all-the-ways-y.

Books have always been some of my closest friends, since they never judge and are always available. Your local library can and will get you access to most any book, on demand, for zero dollars, which is nothing short of a miracle.

The blueberry bush on pap’s property taught me that a perfectly ordinary thing can suddenly, as if by magic, produce the most spectacular fruit of the season.

Some musical albums live deep in my bones because I have played their songs on repeat until those who lived with me no doubt wanted to murder me. I spent secret, shameful hours of my Freshman year of high school slow dancing to ‘Secret Garden’ on repeat in my bedroom, turning in tiny circles and dreaming of a time when I would fully understand that song, because I had never ever felt the way Bruce Springsteen made me feel for the space of those four and a half minutes.

You can build constellations of invisible support. It’s your right as a living being.

Ask the winds and the rain and the trees and the waters and the songs and the words and the love of everyone you know and a few of those you don’t to support you, tangibly, without having to sign a contract or Venmo anybody anything.

Let yourself be influenced deeply. And then influence others in the same way.

P.S. Speaking of invisible…here are 29 ways to stop hiding in your business. 😉 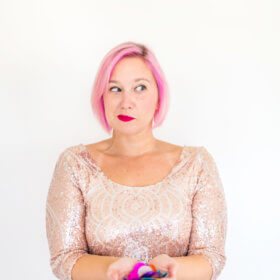 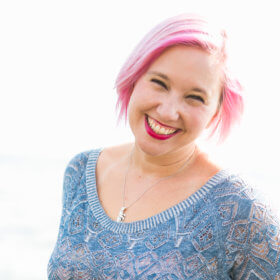