Why the "next level" for your business doesn't exist. - ⚡️Kristen Kalp

Here’s the thing: there is no fucking ‘next level.’

Saying ‘next level’ implies that I’m conscious of where the last level ended and the next one began. It implies that I could see it coming — oh, clearly, making ten grand in a week gets me a power-up and one step closer to saving the princess — when nothing could be further from the truth.

This idea of ‘next levels’ out there in business makes everyone who doesn’t see and experience these levels feel like they’re a fucking nutjob. (Well, let’s all join the Nutjob Society, then, ’cause I still can’t figure out which level I’m on. Maybe the “makes six figures but then takes bigger risks and thus ends up with slightly less dollars than usual” realm, or the “meeting more people in person and feeling more fulfilled because it isn’t all about cash” realm.)

May I introduce an alternative to all this ‘next level’ talk?

I vote that we talk about business in terms of realms. For a while, you wander around all lost and mostly amateur with absolutely no idea what you’re doing — that’s a realm. Eventually, you take a big scary step that can clearly be defined, in retrospect, as having been “the” step that shifts you toward growing your business. And then…well, you’ve probably wandered through the “I don’t know shit about marketing” realm and the “I’m pretty sure I can’t pay my rent next month” realm. You’re also familiar with the “this is lonely as shit” realm and the “OHMIGOD THAT PERSON PAID ME REAL DOLLARS TO DO SOMETHING I LOVE!!!” realm.

Each realm, I’ve found, is pretty brief, and always leads to another. Each realm is designed to shift your perspective, to teach you something valuable, and then to send you along your wandering way. If doing business is like taking a long and winding path through entrepreneurship, learning as we go, realms are just the accompanying scenery. They can shift overnight. And unlike levels, we recognize their impermanence. Some days we’re in the “I LOVE THIS SO MUCH” realm and grateful to the max — and other times, we’re stuck in the “Just gotta get this done” realm.

Doing business better is not about getting to the next level.  It’s about making sense of the realm you’re in right now — the space you’re occupying this very second.

Marketers talking about the “next level” are almost exclusively talking about dollars and earning more, as if money is the magic balm that levels you up and reduces your struggle factor to zero. There is no such level.

So let’s stop talking about the next level, okay? It doesn’t exist. Let’s acknowledge that we’re all wandering through realms, shifting by the minute.

If you’re in the ‘just need to figure out marketing’ realm, grab a copy of Go Your Own Way and go straight to the appropriate chapter.

If you’re in the “feel so freaking alone” realm, check this out. We’re never as alone as we think.

If you’re in the ‘super fucking depressed’ realm, click here without further ado.

If you’re in the ‘WTF AM I DOING WITH MY LIFE’ realm, read this book.

If you’re in the ‘EVERYTHING IS OVERWHELMING’ realm, read this.

But please, don’t go on believing that there’s a magical book, class, workshop, mentor, friend, moment, or activity that’s going to cue the fireworks, summon the parades, or launch a thousand ships in your honor. 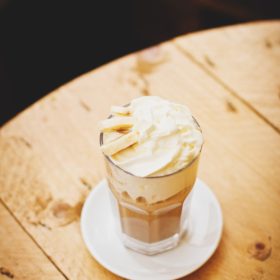 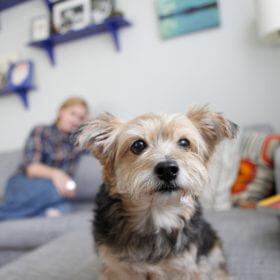 What to do when you have no clients