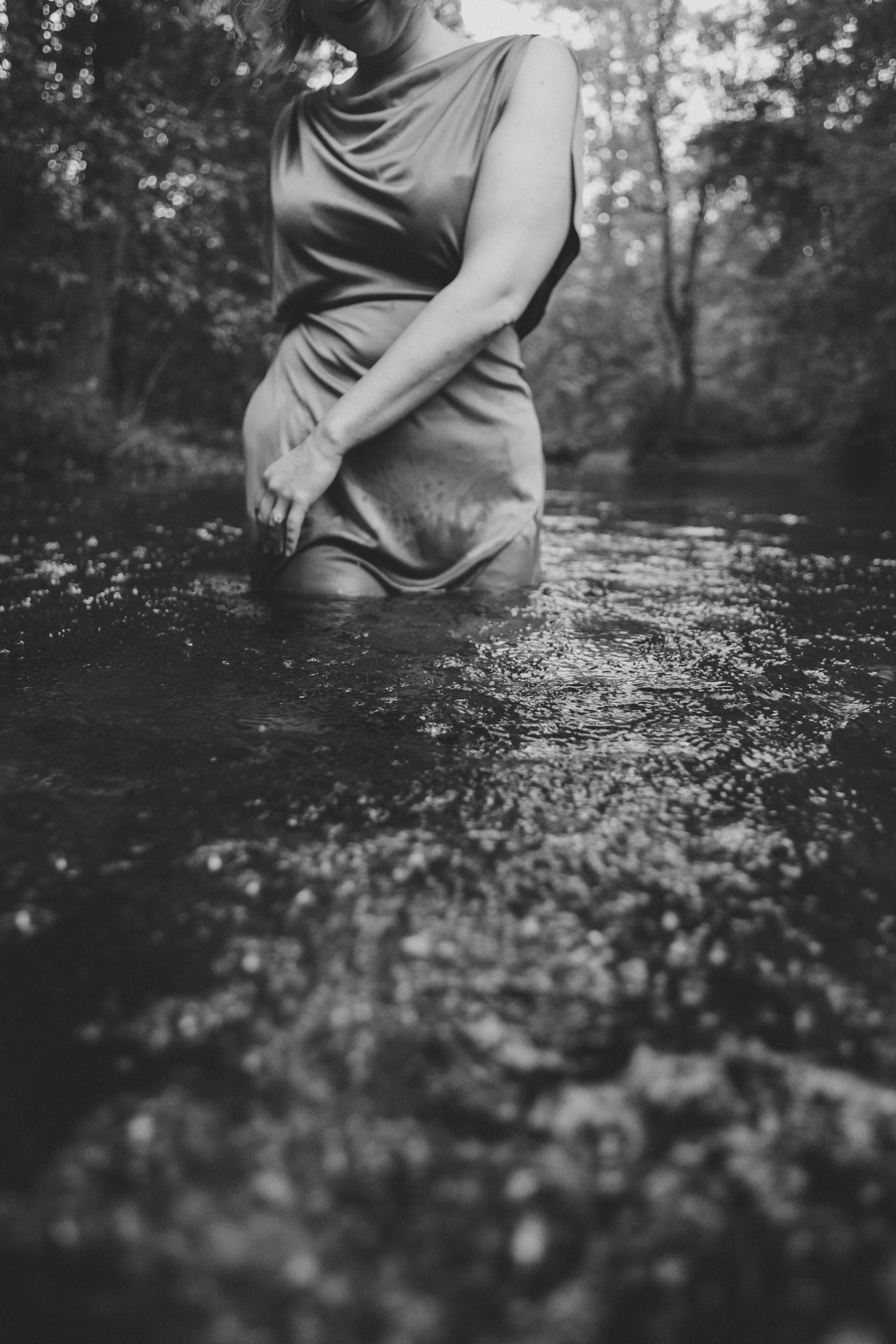 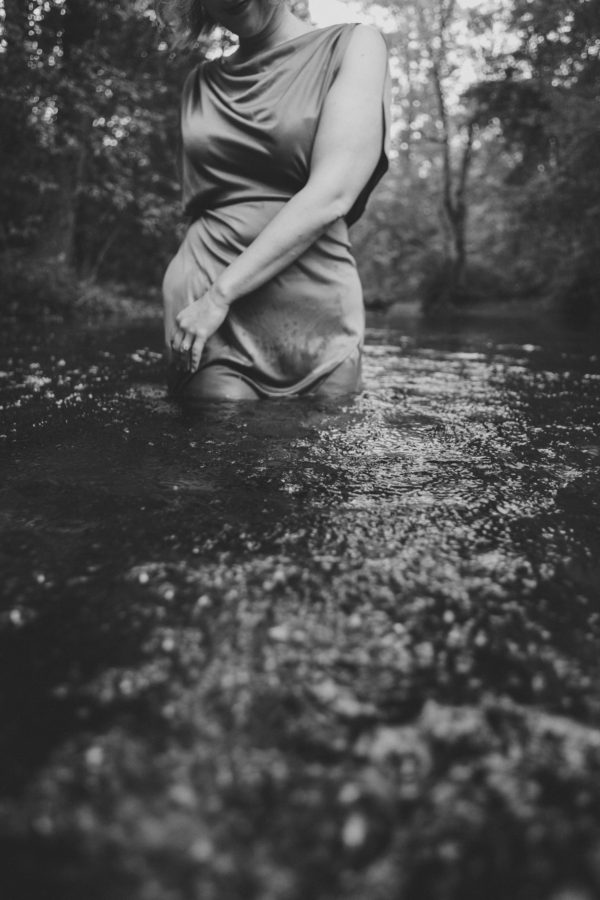 When you’ve done something long enough, you assume everyone knows how you got started or what, exactly, you do, and why you do it. This is the official let’s-get-you-up-to-speed rundown of where I’ve been, what I do, and where I’m going, with some glorious life lessons and witty stories thrown in for good measure.  (Hint: steal this idea for your own website!)

First up: the distant past.

There’s a 17-year-old male Philadelphian hanging from the air conditioner outside the classroom. He’s barely got a grip on the window unit and my guess is that his pants are revealing a shocking amount of the boxers beneath while he’s dangling there, but he’s committed. He’s screaming “Liar! LIIIIIIIARRRRRR!” at me while I teach the afternoon’s computer class.

A smirk flits across my face before I go back to delivering the day’s lesson plan.

You see, Cruz routinely made up lies about all the ways I’d been mean/evil/terrible to him and then told them to the principal. I was called onto the carpet to defend myself a few times a week for the duration of the school year. Nevermind that the lies weren’t particularly creative or remotely true. Nevermind that Cruz was in a problem student in a specially-designed school that provided more therapy than traditional education. Nevermind that I had a four-year degree in education and was super fucking good at my job.

The principal always believed him. I went home dejected most days, crying more often than not, until I finally gave my notice. (It was right after The Afternoon of the Air Conditioner.)

I had two weeks to find a job — any job — or I would take the position I’d lined up at a similar educational facility. (Read: the first thing you learn at orientation is how to restrain a child effectively. I’ve told precisely one story from my time teaching anywhere: don’t store a mouse in your mouth.)

I applied for a job as a photographer with a person named Haunani. I had about 15 4×6″ glossy prints that I’d picked up from Target the night before in an envelope. I liked taking photos in abandoned buildings and somehow believed that could translate into a job.

Haunani remembers that I showed up early, wearing a suit, and called her “Boss” before she’d given me the job. (She gave me the job.) It would be nine years before I would call myself a teacher again.

I spent 2006 to 2008 working as a photographer in a now-defunct portrait franchise that taught me the basics of taking portraits and then selling them to people. I eventually turned my many-times-a-day-every-day portrait photography selling skills into Sales Without Shame, a no-longer-available program.

When Haunani’s studio closed in 2008, we spent a few years as a children’s photographer and really-cool-Hawaiian-sidekick duo with a brick and mortar studio in Wayne, Pennsylvania. The Essential Imagery website is defunct, the images accidentally deleted (HOORAY TECHNOLOGY!), but the work I’m most proud of was shot for Flying Kites school and orphanage in Kenya during a series of visits.

I started Brand Camp in May 2009, penning twice-weekly articles to help other peeps in business figure out what the eff was going on without boring them to tears. Most business books I read offended my English-degree-having bits, since they were little more than dry lists of steps that weren’t actually realistic. (How to be popular on social media: step one. Get popular. Step two: stay popular. You know, shit like that.)

I didn’t create a product or service or any money-making thingamabobs for over a year, as it never occurred to me that Brand Camp would turn into anything more than a happy little side project that kept me writing and helping other people who were just like me. I liked pushed my own envelope. Sometimes I made wildly inappropriate hooker analogies, and my peeps liked them.

I also took up ghostwriting projects with a number of clients, one of whom I work with to the present day. I was all up in people’s business(es), ghost-marketing and ghost-launching and ghost-editing class after book after course. I learned that helping a person you don’t particularly like to make 7 figures isn’t NEARLY as fun as you’d imagine. 😉

I also learned that I work best with lots of fingers in lots of pies: six-figure photography business, Brand Camp (no revenue stream, just writing, because WRITING), and ghostwriting/marketing/editing/launching, too.

I chose to bring my photography business to a halt in 2010, when I signed a book deal with Jon Canlas. That’s when I decided to dedicate myself to writing and teaching full-time. In 2012, Film is Not Dead: A Digital Photographer’s Guide to Shooting Film was released.

It was the same year that I traveled to India and to Kenya on orphan-hugging projects and released Change the World, Dammit!.

In 2013, I used Go Your Own Way (the first 50 pages are yours for joining the Fuck Yah Club!) to raise over $10,000 for Flying Kites. I also held the first round of Steer Your Ship, a 6-month program that’s my very very absolute favorite for helping business peeps come alive. 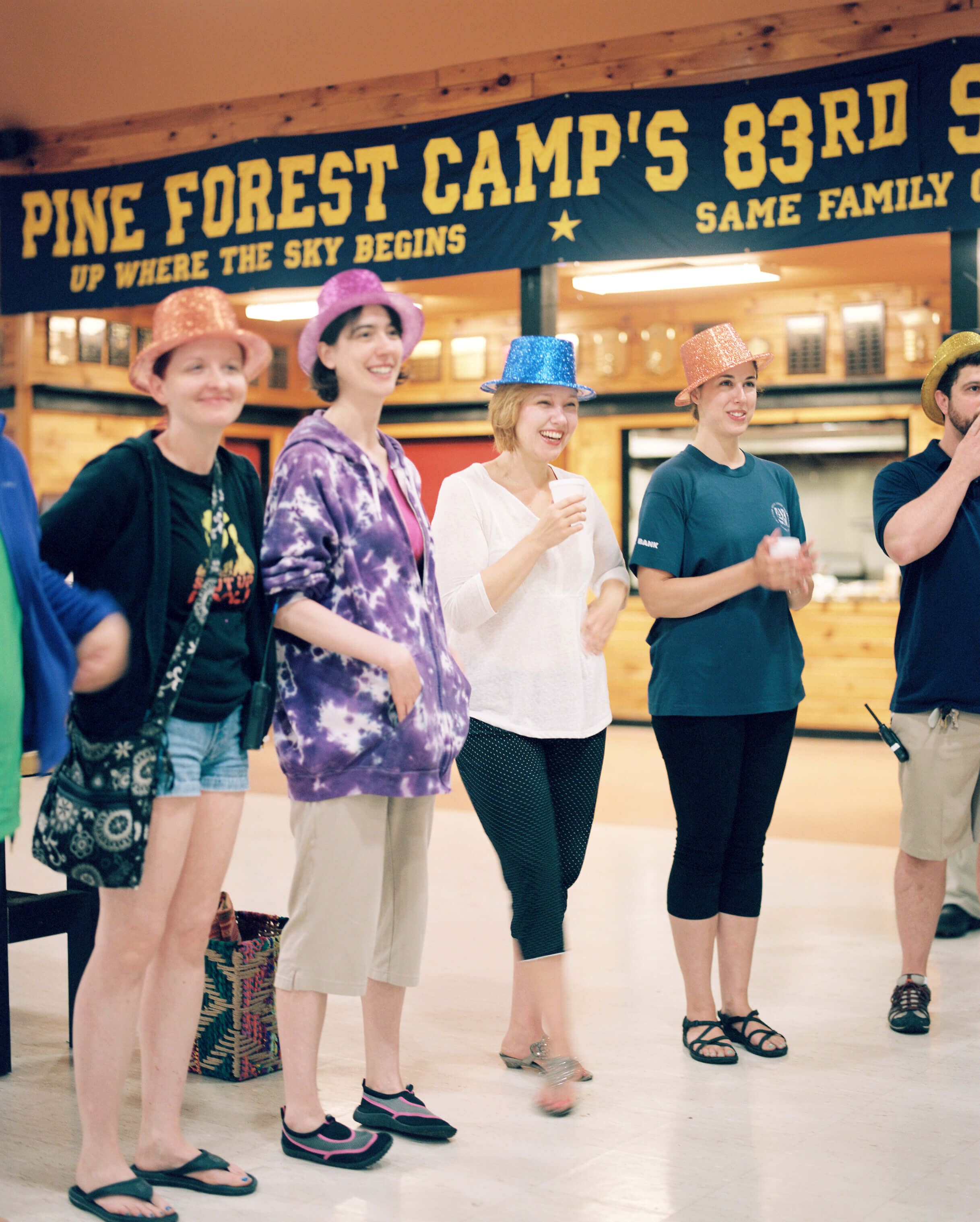 In 2014, I held Brand Camp the camp. There were endless s’mores, a ferris wheel at sunrise, and killer speeches. There was an evening dance party, a whole-camp game of Paint Twister, and skinny dipping after dark. It was killer. It was fantastic. It cost me.

From camp until the present, I’ve continued to explore my own calling more deeply. I’ve released M-School, which is Harry Potter-like Magic School for Entrepreneurs. (Nab a 50% off promo code for joining the Fuck Yah Club here.)  I’ve also explored a shit-ton of topics about the entrepreneurial life through my podcast, That’s What She Said.

So….what’s the thread that runs through all of this stuff?

Where the fuck do I get off giving any sort of advice, when I’m so clearly a seemingly-scatterbrained writer who takes on endlessly evolving projects? (In other words: why can’t I just make a product, then release that product every year to bigger and bigger audiences, raking in affiliate sales and pretending that’s enough to keep me satsified?)

Sometimes I lend them my voice, as in ghostwriting.

Sometimes I help them come to new levels of understanding in person, as in camp and now, in Steer Your Ship.

Sometimes I give them permission to be who they are in the world, as in M-School, too.

Often, that means I’m talking directly to you in my podcast.

Whether we’re talking about business or about life in general, we’re all unfolding.

I listen to the impulses within me that say more of this, less of that, then I translate those intuitive whispers into practical steps for you that are neither ‘woo-woo’ nor misleading. (I’ll never teach to “manifest your abundance,” nor will I ask you to “create your 7-figure tribe” or some shit.)

I write about the very difficult realities of living in the modern world, like the time I cried in Hawaii.  And being able to feel other people’s feelings in my own body.

I use my own life as an experimental lab for business and for living a slower, fuller life. (Also here I am in a bikini on the internet at nowhere near my ‘ideal’ weight. STILL easier to show you than talking about depression.) 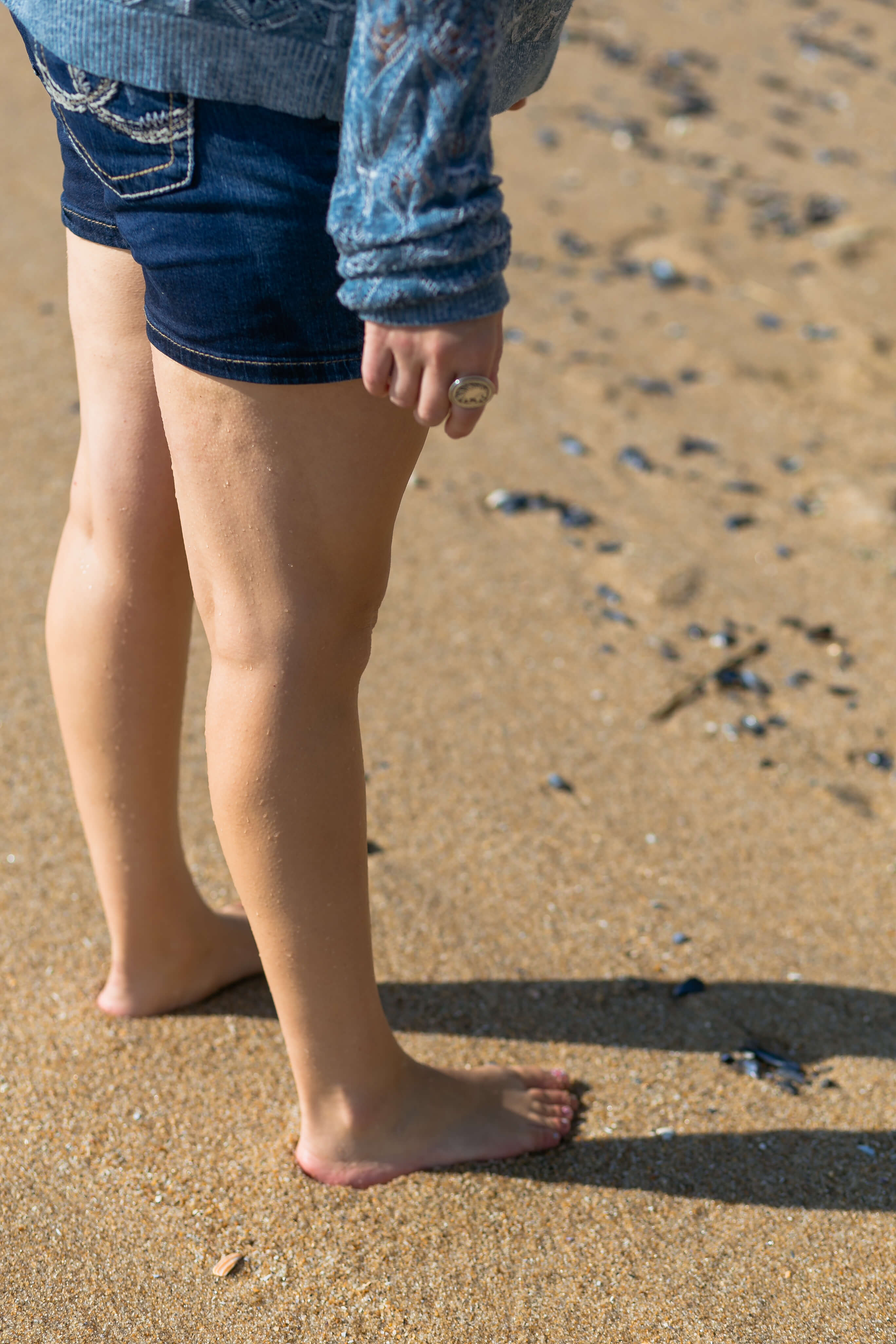 Whether that’s in my one-on-one work, my workshop — Steer Your Ship, in an online business course for Harry Potter lovers, or in book form, as in Introverts at Work or Calling to the Deep, I’d love to help you unfold, too.

That might mean stepping away from something you thought you’d be doing forever. (When people asked me about professionally photographing children, I’d say, “I was meant for this” and mean it. What’s right for you at the moment might not be right for you forever.)

That might mean stepping into the thing that scares the shit out of you. It often means taking your business seriously, taking your talent seriously, or taking your self seriously. (Self care is not treating yourself like shit and then getting a pedicure. It’s eating well, sleeping well, hydrating, and relentlessly making space for listening to your inner voice. Pedicures are entirely optional.)

That might mean you click away and never stop back again, because FUCK THIS — BULLET POINTS AND 7-STEP SYSTEMS ARE EASIER, and that’s okay, too.

I’m interested in bringing your best work to light.

I’m not interested in your excuses, though I am dedicated to helping you overcome them.

If you haven’t yet, I encourage you to join the Fuck Yah Club for access to a secret library of treats I’ve dreamed up for you!

May your unfolding be as steady and painless as possible, and may you know the wonder on the other side of becoming what you couldn’t have imagined even a few short months ago.

P.S. Six potentially devastating side effects of bringing your biggest dream to life (and why you should do it anyway). 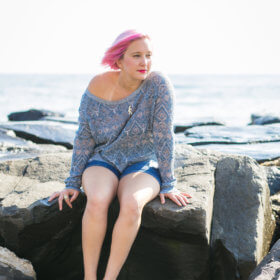 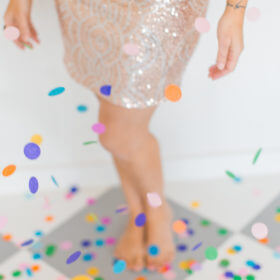 How to break boxes and set yourself free.