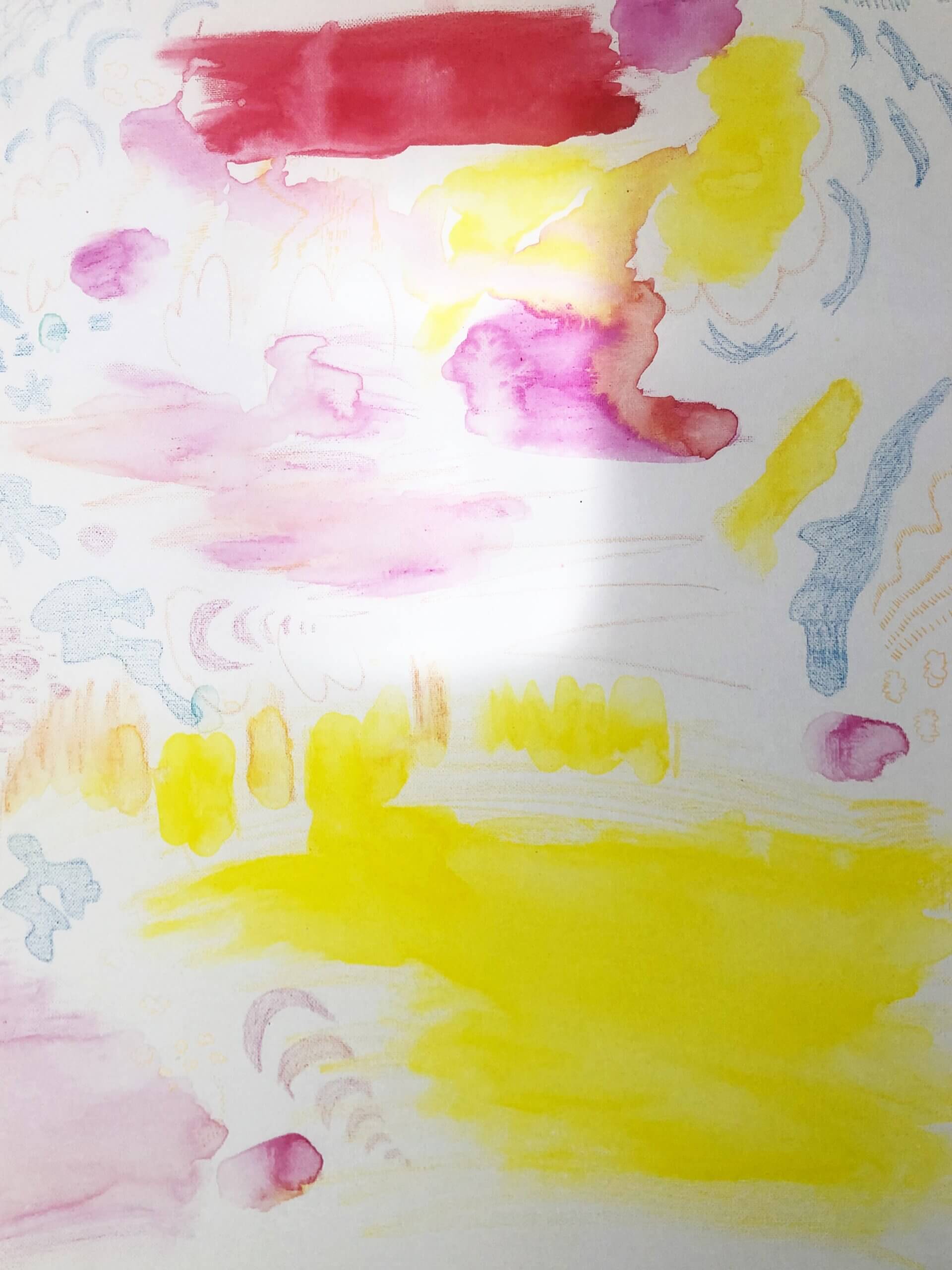 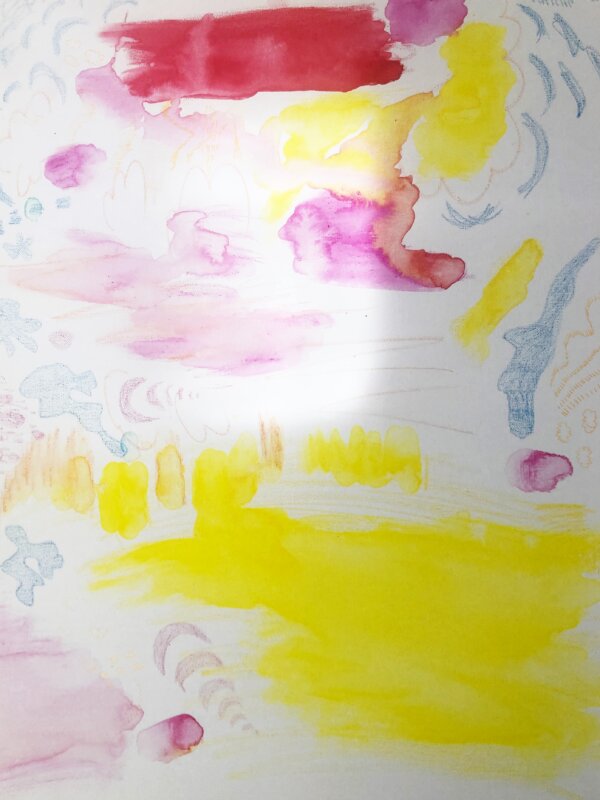 Now that the threat of Trumpism has been beaten back enough for science to once again matter in these United States, I have enough energy to talk to you about 2021! Hello, hi, we did it! We made it!

In some ways, it feels like the year of 2021 didn’t start until January 20th — when we saw a new President safely and peacefully installed in the United States government.

I wept when Kamala Harris was sworn in.
I wept when Joe Biden was sworn in.
I wept for the duration of Amanda Gorman’s poem. Her words are a living reminder that poetry can help us reach for and name our deepest struggles, as well as frame hope in such a way that we can feel it returning to us after being hidden for a loooooong time.

Today, I want to share a metaphor that helped me to weather the past year. A metaphor is a small thing — just a string of words — but also an enormous thing.

So, let’s get into some tremendous power.

Psst! This is an episode of my podcast, That’s What She Said! You can find all 260+ episodes here.

I first heard this term at a workshop with Rob Bell and Liz Gilbert. An attendee said that she wrote a script for Hollywood and sold the rights to it! A film was made! The thrill of having her work made into a feature length film was amazing! And then, the reviews. The reviews were so bad — so mocking, so derisive, and so lacking in positive critique — that this woman stopped writing. For years. She wanted to know how to start writing again. (If I read the room correctly, she also wanted to know if she could start writing again.)

That’s when Rob introduced this concept.

Bunker mode is exactly as it sounds: some vital and essential part of you goes into a bunker of the soul and refuses to come out.

Circa 2021, most people I see are in some form of bunker mode.

You’re wildly disoriented (WHUT THE FUCK IS GOING ON???? times ALL THE THINGS).
You’re exhausted from trying to live up to new challenges.
You cringe at the word ‘unprecedented.’
You’re trying to adapt to new policies and norms.
At a fundamental level, you’re scared. Your sense of security in the world has been threatened.

You retreat internally to that place where no other human can reach you, then hunker down and hang out, hoping no one will notice that you’re gone.

In bunker mode, we’re surviving. Not dreaming, not planning, not processing our experiences, not dealing with what is happening at any level.

But you? NO BUNKER MODE FOR YOU.

We expect ourselves to Just Keep Swimming — no matter what.

So what if we’re facing a global pandemic and economic collapse, heightened calls for a white supremacist uprising, an ACTUAL FUCKING INSURRECTION, and a few million lives lost around the planet?

‘Stop having FEELINGS. DEAL WITH IT,’ our asshole brain chides.

Objectively speaking, any one of the events of the past year is enough to trigger bunker mode. We go down deep into ourselves and/or our screens, and we don’t come out until the threat is perceived to be over.

Personally, bunker mode was cemented when I saw a police drone the size of my VW Beetle hovering above the house in Portland last June. I shook for days. D-A-Y-S. I couldn’t concentrate. I had obsessive thoughts about living in a dystopian novel. I panicked. I cried. I withdrew and did breathwork as much as possible. I started doing yoga to be able to cope with being alive. Which brings me to the big question…

Are you in bunker mode at the moment?

If yes, you’re in good company. Most every one of my clients is dealing with some form of bunker mode or another! Some industries no longer exist. Other industries are on their knees, barely surviving. Not one client has reported that homeschooling children in addition to owning a business is The Most Fun Ever.

Since part of my job is to share my deeply personal experiences and shine a light on the ‘hey this is a universal human experience!’ parts of my life, please allow me to share what I currently know about this phenomenon.

When you find yourself in bunker mode, LOWER YOUR STANDARDS.

Maybe in 2019 you could bang out some portion of your work in 23 minutes, but now that same task takes more like an hour and a half. That’s normal. That’s everyone. Most people I talk to say they feel like they worked twice as hard to get half as much done in 2020.

Instead of trying to hustle like it’s 2019, beating yourself up for being unable to weather a global catastrophe unscathed…what if you acknowledge that 2021 is different?

What if you don’t hold yourself to unattainable standards of perfection — just for this year?

What if you don’t decide to quintuple your income by working 3x harder — just for this year?

What if you let yourself rest and take breaks instead of doubling down on time at your desk — just for this year?

Screaming TRY HARDER at yourself in bunker mode doesn’t help.

I can confirm for you that screaming TRY HARDER at myself internally each day didn’t help much. Neither did forcing myself to sit at my desk and work. Dreaming about holding workshops at various event locales around the world when travel is banned made it worse. Beating myself up for failing to bang out podcasts and other forms of communication at my standard 2019 rate made me feel like I had even less to say.

What if you could be kind to your being and your body for weathering this ‘unprecedented’ storm by going into bunker mode?

What if you could find ways to be kind to your spirit and your body each day?

What if you’re not WRONG for being freaked out?

What if it’s okay to feel overwhelmed and anxious, grief-stricken and hopeful — all in the course of a few minutes?

What if your thriving in 2021 could be measured by ANYTHING but the traditional trappings of success — minutes meditated versus dollars made, paintings painted versus followers gained, words written versus sales created?

What if you set your own standards for your time in bunker mode — and you let those standards be entirely joy-based?

Regardless of where you’re existing at this moment, I hope this podcast helps you frame your experiences within the context of normalcy.

You’re behind on email? Obviously.
You’re overwhelmed by all the changes to the world as you knew it? Of course.
Afraid of contracting Corona but unable to stay inside for every moment of every day or you’ll lose your sanity? ME FRIGGIN TOO.

You’re not alone.
You’re not broken.
And you are, whether you like it or not, deeply loved.

If you’d like my support for weathering 2021 in your business — bunker mode or not — KK on Tap coaching spots are open!

You’ll work with me and about 20 fellow Tappers for a full year. If you’d like to make more money and meaning in your business, keep yourself accountable for doing your work, or deepen your experience of being alive on this planet, I’m ready to help! Head to kristenkalp.com/tap and check it out, or shoot me an email by filling out the form below! 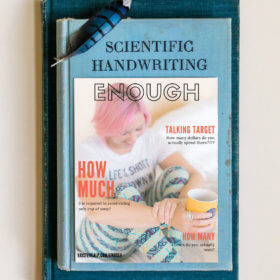 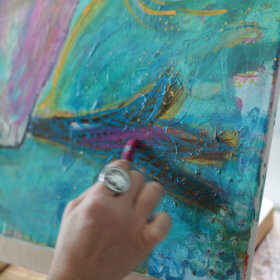