The waterfall, the bucket, and big magic. - ⚡️Kristen Kalp 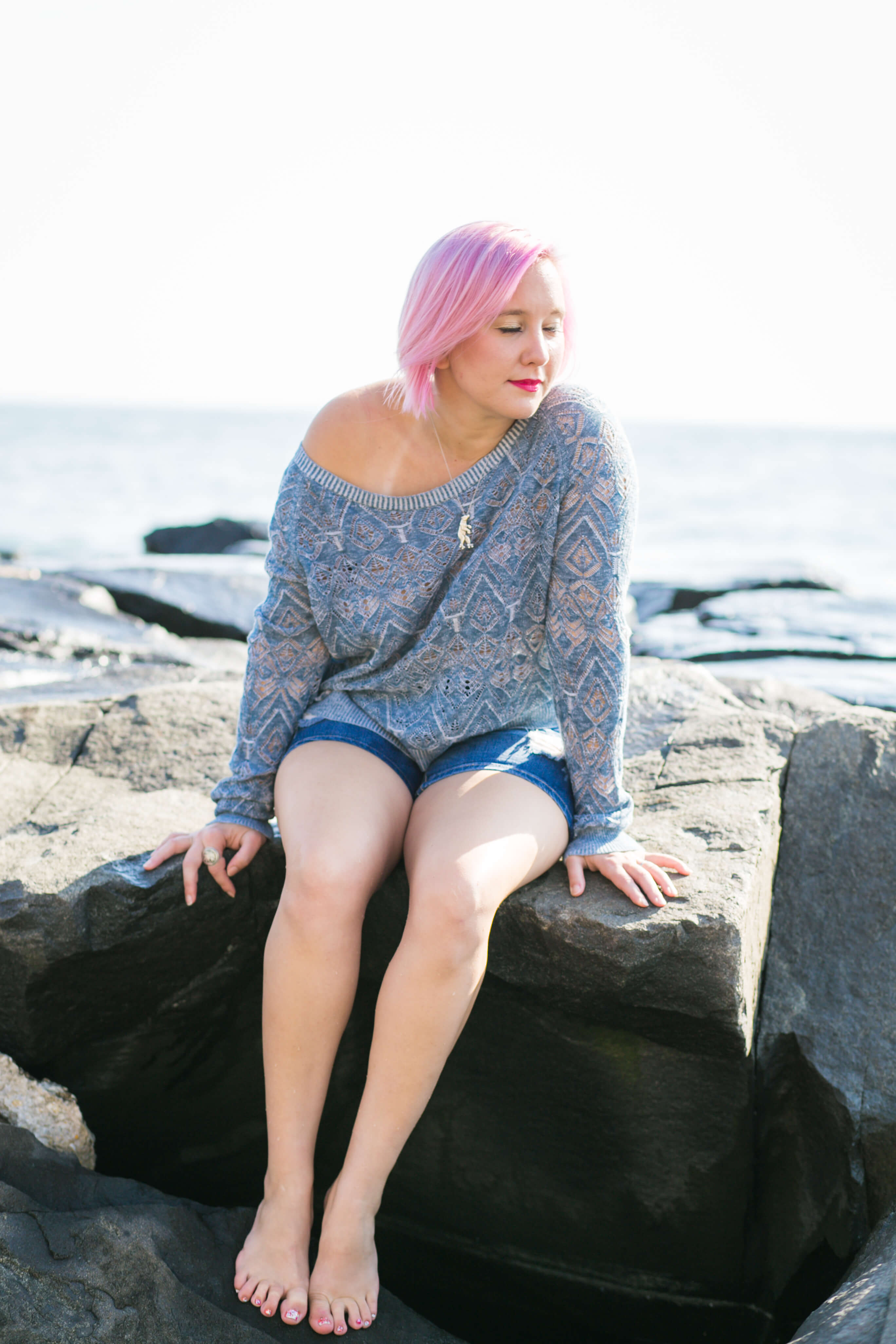 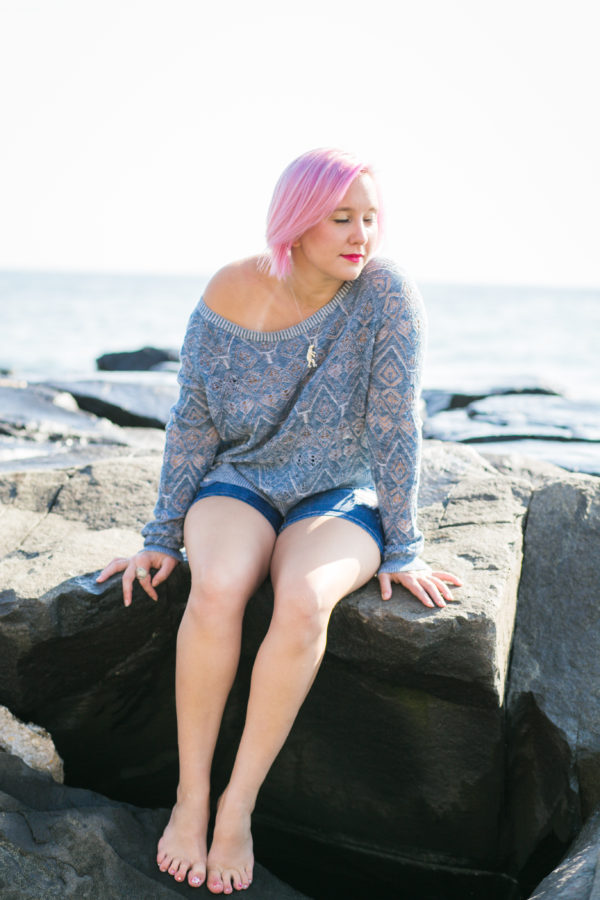 In the storied past — which all of us remember, to some extent — you had to go seeking most anything you wanted to consume.

To obtain a book, you had to go to a store or your local library. To read an article, you had to pick up a magazine or a newspaper. To hear music, you had to listen to a record or a tape or a CD using a physical device that couldn’t be moved easily. (And my GOD, when Walkmans came out, we all rejoiced!)

To watch a movie, you had to either visit the theater or stumble into Blockbuster with your friend(s) and fight for twenty minutes about what to watch before agreeing upon a film nobody particularly objected to seeing. To see photographs, you had to open an album or rifle through a shoebox or develop them yourself, in a tiny black room that smelled like chemicals and feet had a particularly disgusting olfactory baby.

To be moved by others’ creations, you had to go looking for them.

You couldn’t simply touch a tiny rectangular device and see endless streams of other people’s photographs, or touch that same device and read books from now until your death without ceasing, never once having to leave your home or talk to another human in your quest to find more reading material.

You couldn’t watch every popular movie from the last fifty years with minimal investment, back to back to back to back, drowning out the more subtle soundtrack of your thighs expanding with the sound of crunching Cheetos.

Nor could you sign up for new thirty classes in the space of ten minutes, devoting yourself to yoga and to meditation, to learning Chinese and memoir writing, to financial investing and real estate within the time it takes for an episode of your favorite TV show to finish. Because once, you had to learn with other humans, too.

Once, you took your bucket to the waterfall to be filled.

Now, the waterfall comes blasting out of your tiny rectangle at any time of the day or night, 24/7, and your bucket — your delightful, miraculous red bucket — will never, ever be big enough.

All the world’s buckets, combined, aren’t enough to contain the information available at your fingertips.

How do we participate in this tiny rectangular society, so rife with inspiration and comparison, ingesting and consuming, without drowning in the virtual waters?

How do we begrudgingly admire Kanye’s confidence while simultaneously shunning news about Kanye while secretly wondering how he does it — how he keeps making shit despite the cacophony aimed in his direction at every waking moment of every single day?

How can we say anything at all without contributing to the fucking NOISE of it all?

How do we hear ourselves above the cacophony?

We can unplug completely, washing our hands of the whole riotous and messy beast known as the internet. But. Then we become people who have opted out of the system, thus rendering us incapable of changing it from the inside.

We can limit time with the internet, absolutely. But that doesn’t stop us from having a too-small bucket for the all-too-big torrent of ideas and classes and drivel and cat videos and films and photographs and articles and books and courses and programs and memes pointed in our direction.

Truly, I’m asking. How do we hear ourselves above the cacophony?

Because I want to learn about shamanism and dance while enjoying otter videos and knowing how many people the Golden Girls slept with and dreaming of a whole closet full of Bill Murray apparel, and I want to enjoy the worlds my friends are creating and read what they’re writing while keeping a still, sacred space for shitty television that fills me up in a way classier programming cannot.

I also want to hear my own damn voice and then share what I’m saying with other people.

By virtue of speaking at all, I’m adding to the noise that drives me insane.

Should I practice silence?
Practice shutting the fuck up so other people can talk?
Might that be the solution?

But then people with 19 kids get TV shows, and Trump is running for POTUS, and the other voices speaking without my being able to say a word feel like they’re smooshing my brain, Roger-Rabbit-style, under a steamroller.

I cannot NOT write.
I have to say my piece.
I have to type these words,
however confused and directionless they may be,
and share them where I might find others who think the same things.

We are drowning in chatter of our own making.

How can we turn our attention to doing the work only we can do — when that work involves adding to the chatter in some way, by virtue of having been created?

Have we, by finding first-world solutions for grocery shopping and laundering, fashion creation and transportation, garbage removal and home design, invented an even bigger problem to take its place?

How do we tame the insatiable monster, the glaring beast rendered from billions of pieces of digital ephemera, that we feed in the name of proving ourselves alive on this planet?

…and the biggest, darkest, most difficult question of all: can we call spending 70% of any given day with a screen living, in the first place…?

If you’re thinking these thoughts, too…I encourage you to pull the whole thing to the side of the road and take a seat in the meadow. Let your engine stop purring, let your phone sleep in another room, and share this article to encourage others to do the same. Also, it might be time for Calling to the Deep. 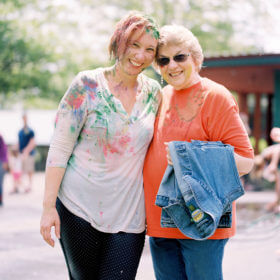 What to do when your family thinks you’re insane 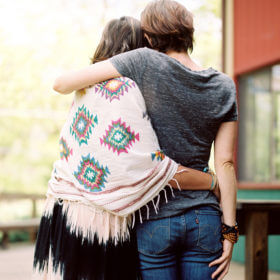 The first choice. (You know, the one that affects all your other business choices.)