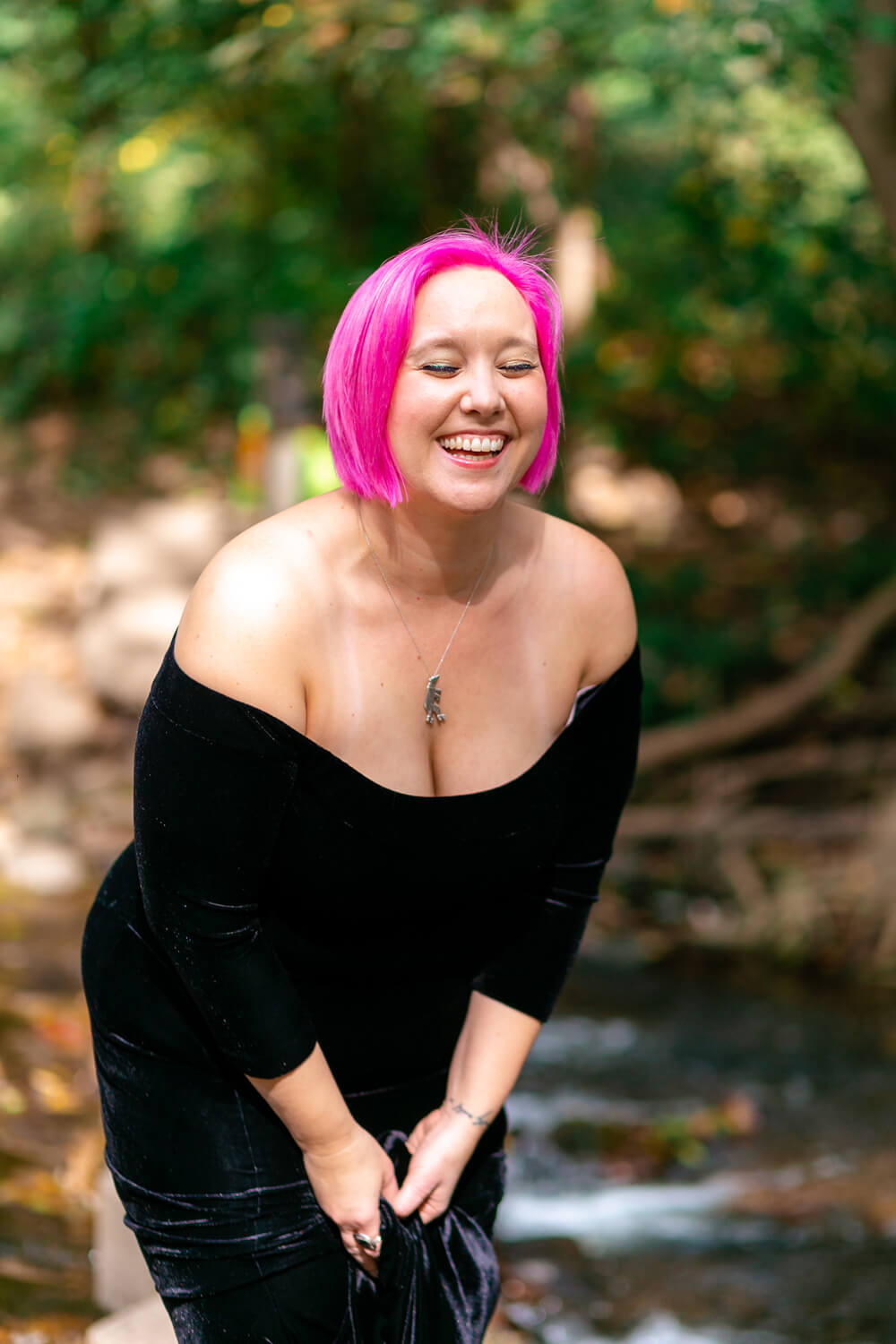 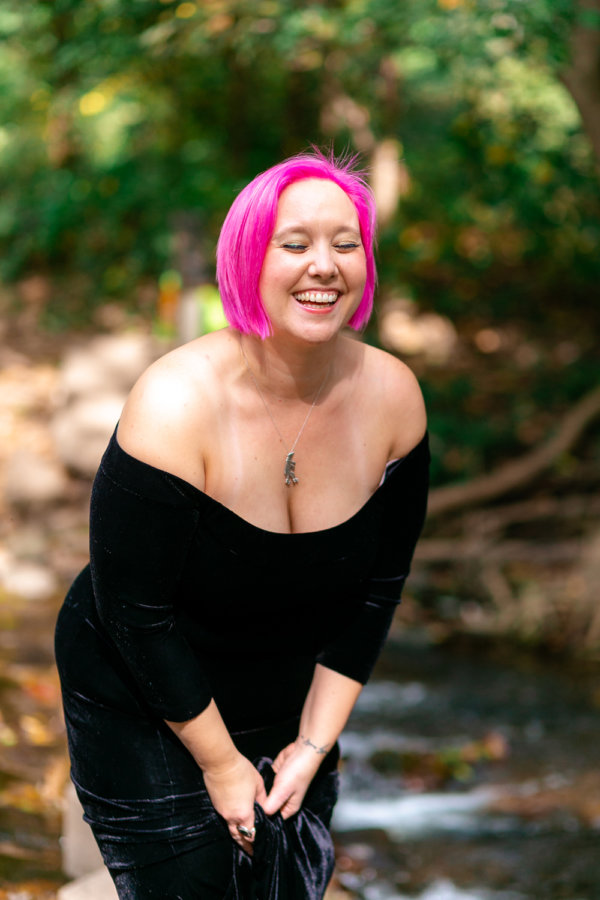 Today, a story about haters that shifted my perspective on allllll sorts of negative feedback, and I hope it does the same for you as well!

This is an episode of the That’s What She Said podcast, and is the third in our series about tools to defeat asshole brain.  We start when you interrupt the pattern and continue when you affirm that joy is not canceled.

And now, on to our story!  Katy is a KK on Tap coaching client, and we’re in The Speakeasy.  (That’s our twice-monthly meeting of KK on Tap peeps.  It’s not recorded, and thus has been deemed the speakeasy.)  Here goes:

Evan works as a Resident Assistant (RA) at his university. He’s older than those college students living on the floor where he presides, and he’s there to provide extra support for his residents. That might be emotional, like helping them transition to college life, or simply physical, like letting them into their rooms if they lose their keys. He also enforces university rules, like making sure you’re not smoking or drinking in your dorm room.

Katy is Evan’s boss at this point. She’s in charge of all RA’s, and Evan is up for review.

She says, “You have this string of 1-star reviews and negative reviews. NO ONE is giving you positive feedback. Your residents don’t think you know their names, and they don’t think you’re taking good care of them. What do you have to say for yourself?”

Evan shrugs this critique off and says, “Well if you ain’t got haters, you ain’t poppin.'”

This might be the most magnificent way of taking feedback and make it not matter at all that I’ve ever heard.

We are NOT taught this attitude when we’re being socialized as females. It’s not an attitude we have access to without definitive, and conscious effort.

We are taught that if you got haters…you got a serious problem.

Or if you got haters…you better watch yourself and shut the fuck up.

Or if you got haters…you better change everything you’re doing to accommodate those people who are giving you one-star reviews, even if they’re lying or taking advantage of you.

The truth is that if we can embrace this A BIT — not blowing off one-star reviews and refusing to learn people’s names — we can learn so much about our own vitality and resiliency.

Learning to embrace this attitude means you move through the world with less fear of having a voice.

We’ve all had an instance in which we use our voice to express ourselves.  AND THEN someone has some sort of feedback that is not 1000% positive/gold stars/a celebration of every moment of our being.  So we take that as a reason to shut up, shut down, stop communicating, and to stop advocating for ourselves.  Forever.

We stop asking for help, asking for what we need, marketing our business, and to stop doing our truest work in the world.

Some critique is so powerful — and comes at us in such a way that we didn’t expect — that we can easily make having * a single hater*  the reason we sit down and shut our mouths forever.

It had never occurred to me that having haters could be a good thing, a wise thing, or a thing that we could laugh about!

Evan’s attitude helps us receive feedback without it meaning we’re ‘bad people’ or an asshole or some version of a person who doesn’t deserve to be alive. We can move through the self-flagellation stage to make changes, take critique, and do better.

Negative feedback does not mean you should sit down and shut up.

This also means that, if at some point in the future you get your FIRST hate mail — we can actually celebrate it. Because YOU. ARE. POPPIN.’ We had a lovely experience in the Speakeasy in which a client I’ve been working with for a few years got her first hate mail —
and
we
celebrated.

(This is not about saying some fucked-up/racist/sexist/homophobic shit and then getting away with it! I’m talking about the feedback that is clearly projection, that is untrue, that is unfounded, or that is blowing a tiny problem into a HUGE ISSUE THAT REQUIRES A REFUND AND AN APOLOGY AND A FRESH PUPPY HAND-DELIVERED IN A BASKET to make amends.)

[Edited to exclude: big-ass controversial rant only available in the podcast]

Further! The great misconception of the ‘if I sit down and shut up nothing bad will happen’ mentality is that, if we’re just ‘good’ enough and sweet enough and kind enough and perfect enough, no one will critique us. Ever. Again.

To this enormous-sack-of-shit falsehood that keeps us silent and compliant, I present the following counterargument: there were protesters at Mister Rogers’ funeral.

Mister. Rogers. Was not immune to haters.

Fred Rogers is one of the beacons of our time. If you’re unfamiliar, he hosted Mister Rogers’ Neighborhood for more than 40 years on public TV here in the States. He was a surrogate parent to millions of people, myself included, while advocating for young people’s thriving throughout his career. A journalist was sent to do a hit piece on him, and they became friends until his death. (Here’s the movie about that experience.)

He was too kind.

Some people protested his life because he refused to condemn gay people to hell or to encourage some people to hate others because of their race.  HOLY SHIT FUCK THOSE PEOPLE, RIGHT????  And if he got protesters at his funeral…then haters can happen for any reason, to anyone, at anytime.

We can’t live in constant fear of those who disagree with us, or we’re adopting the ‘sit down and shut up’ model that keeps good, feeling, lovely people passive and complacent.

When we can carry within us just a little bit of that hater-poppin’ energy, we cultivate our resiliency.

Those who disagree with you, have critiques of you, or attack you are here to teach you something about resiliency. About not shutting up in the face of bullying, or passive-aggressive comments, or character attacks.

And of course, cultivate your resiliency.

We cultivate resiliency through our work together in coaching, which lasts for a year. Why a year?

Because at 3 months you’re getting started and making tweaks, it’s a glorious time to be alive!

At 6-9 months, there’s often an issue or life event that causes you to lose momentum and question much of what you know about yourself, your life, and your work.

And somehow, mysteriously, by about that one-year mark — you rally. We rally. You’ve found your groove and you’re far less paralyzed by perfectionism and patterns of hiding you’ve developed over the years.

You’re also learning to ask for help and be supported, so your life opens up in ways that are both everyday and utterly profound over the course of our time together.

A year of working together gives you the space to try on new ways of being without keeping a tight time limit on life experiments.

It’s not — try this and see if it changes your life by next Thursday!!!!!

It’s — try this and see if it helps you do better over the course of the coming season. Then we check in, adjust, and keep going.

Deep work is not fast work. But deep work is the only way to make lasting change.

We all need support to do deep work, and I can help you do some deep work at this time.

Shoot me an email to ask for a coaching brochure: k@kristenkalp.com or fill out the form here.

May you use your voice to stand up against bullshit, wherever and whenever you find it.  And may you find the strength to voice the truth, no matter the consequences. 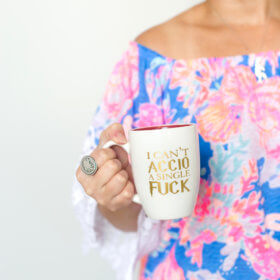 Nourishing or Numbing? One question to shift it all. 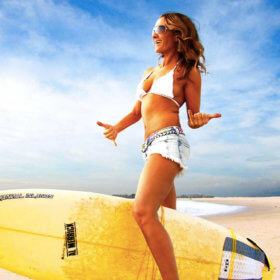