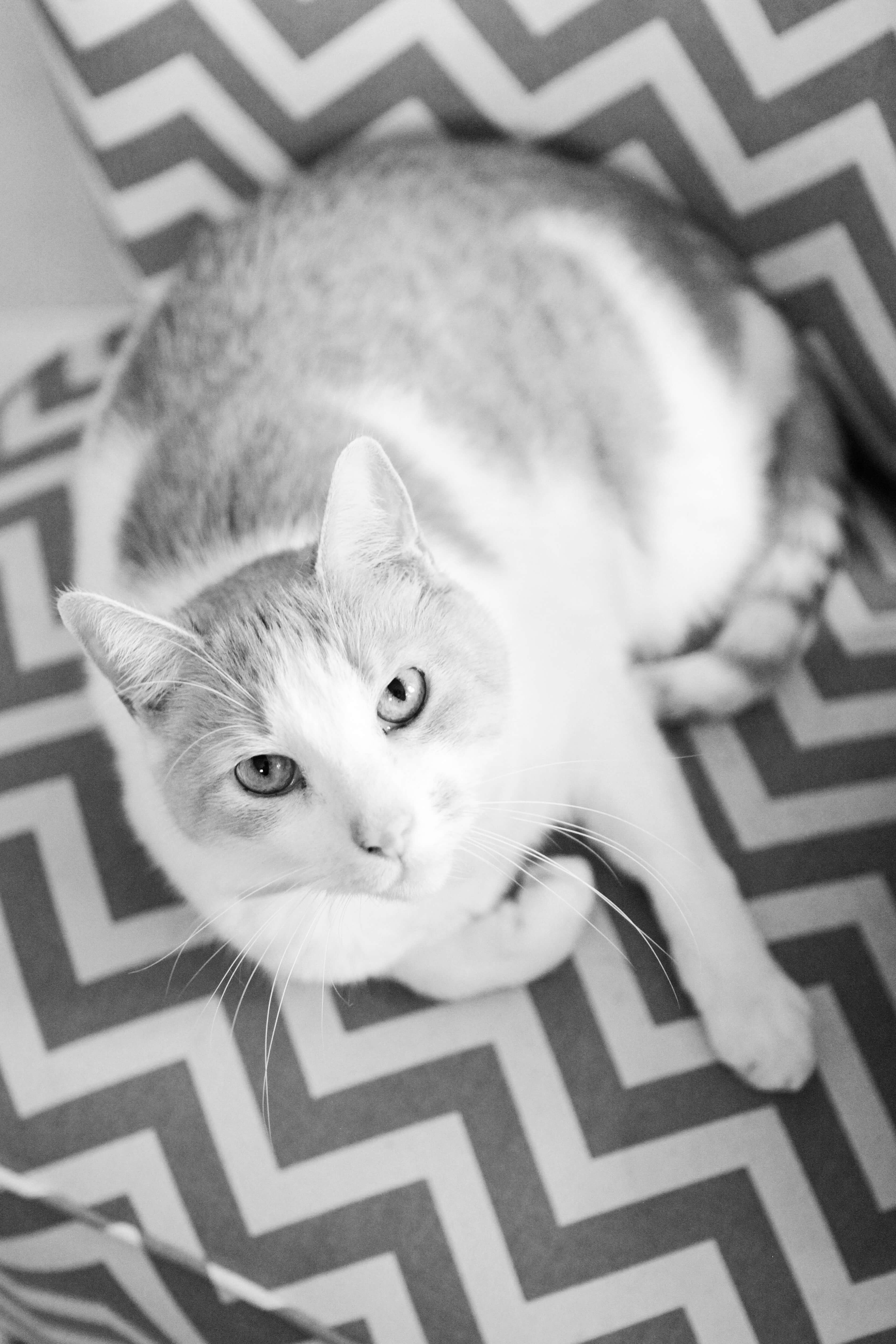 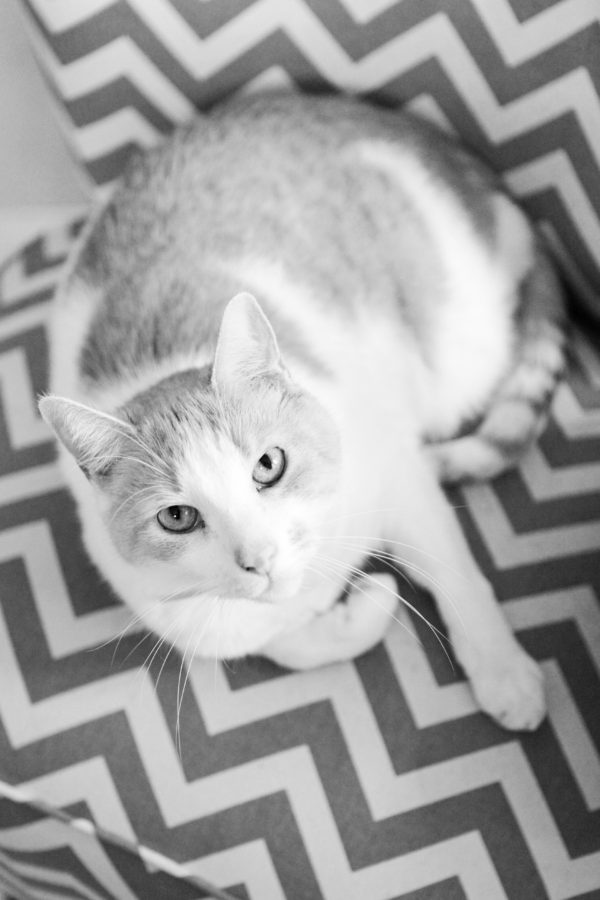 “He’s suffering.”
“I know, but I can’t…I can’t send him to die on a cold, hard table with fluorescent lighting. I CAN’T.”

I fall into his arms, weeping while another minute passes.

“…didn’t doctors…didn’t they used to make house calls? Do you think there’s anyone who could do that?”
“I’ll look into it.”

The doctor will call back in five minutes.

He’s in bed, barely breathing. His fur rises and falls, hardly perceptible, while he survives another sixty seconds.

I light candles and put on some music. I congratulate myself on the choice of unicorn sheets, brand new, and think this is how I would want to die, if it came to that.

They’ll call in half an hour to give a time.

I’m petting him softly and hoping it doesn’t hurt. The ceiling fans need to be cleaned. The floor should be mopped. I should pick up the house before the doctor arrives. My brain lists endless tasks, anything to get away from the presence of death.

I stay in the room. He doesn’t even smell like himself — most cats smell like cats but he always smelled like some mixture of sweet and magic. I rub my face in his fur one last time. The minutes tick by.

I stay with the horror of watching him die. I watch the taxidermied version of him take hold. I beg him to give it up and go all the way out of this world.

I whisper about what he’s done for me, how he’s seen me through more than a decade, how he’s loved everyone he’s ever met and how we love him back as best we humans can. I give him permission to go, over and over, more and more desperately, but he will not leave.

A few minutes to go.

Lines of poetry come to me. Another and another. I should be writing. The ceiling fan. It still needs dusting. The house isn’t ready for strangers.

I stay with his eyes, begging him to go, please, to go before the vet arrives.

The vet is wearing jeans and a button down shirt with rolled-up sleeves. He is older and kinder than I expected. He makes brief eye contact and asks serious questions.

“A thrown clot, nothing you could have done.”

If it’s a lie, it is the kindest one offered in all of human history. His wife handles the paperwork and brings me a tissue. The minutes stretch thick like goo, endless, as he refuses to close his eyes. I squeeze my love’s hand. The tears cover at least half the bed’s unicorns.

“He has no heartbeat.”

He gasps and wheezes, coughing and working his tongue as if he’s been given peanut butter. Clearly, he has a heartbeat. The wife is fighting tears as she touches my shoulder and rubs it a little.

“There’s still a faint heartbeat.” We make jokes about what a tough guy he is. Point taken, Big Kitty. You don’t want to go.

He sputters and coughs, defeated.

There isn’t one clear moment like they say there would be, no spark gone out all at once. There’s only a gradual slide out of this world and into another, that place none of us have visited but wonder about while we’re cleaning our ceiling fans on Wednesday afternoons.

The doctor’s wife says she has 17 rescue cats and 17 years ago, she married her vet. That’s how she knows about sending animals into the great what-comes-next, how doing it at home is kinder, somehow, she thinks.

My love pays the bill, shakes the hands, ushers people to their places, returns. Death is still in the room, but it’s softer now. He’s slipped away and this useless, furry shell means nothing at all.

We wrap him in a blanket, gray and soft. We’ve chosen to bury him and so there’s a garbage bag to wrap around the blanket, to keep him dry, and I cry so hard I might break, the thought of him, in the ground, wet and cold, suffocating in some flimsy plastic sheet from my last trip to Target. I would have bought the fucking Hermes of garbage bags, had I known.

He asks if I want to put him outside or leave him inside.
Inside, and somehow I remain standing as I answer.

My love has to go, to plans and work and fixed adult commitments.

The texts begin: she’s coming over. He’ll follow after work. They’ll bring a shovel and spade and whatever is required for digging in the night, outside the back windows.

Doey arrives, too, still dressed in her muggle costume from corporate work.

She holds my hand while they take care of things in the dark. The candles continue to burn.

We go to dinner, after, and they even let me think I’m paying. We manage to laugh, to get just a few steps beyond it and be together. They drop me off and we hug in the street, one by one, before they return to their cars and drive home.

I’m tired, vulnerable, afraid of waking up with that cat-shaped hole in the house.

But I’ve learned about the tender mercy of house calls.

How, if you do this living thing right, people will help. They will surprise you with their gentleness. They will look into your eyes and hold your pain while you share a room with the end of life. They will put on boots and quite literally bury your dead.

This is the place beyond what you can buy at any cost: a friend’s clammy hand clasped in yours, while outside the dirt piles up on what is still beloved.

You will never find a way to repay them.

There is no way to return the favor. I suppose that’s the nature of love, through the years and right down to this very minute: putting on your boots and wading into the thick of it, refusing to keep score.

You have held her hair back. She’s driven you to the funeral. He’s wept in your arms. You’ve planned her wedding. She’s officiated yours. You’ve made her laugh on long car trips when she wanted to tuck and roll. She’s loaded fresh baked goods onto your plate without saying a word. He’s sent you silly packages when you were thousands of miles from home.

There is no way to repay it: any of it. And that’s the point.

This jumbled and tender mercy will leave you humbled and vulnerable, deeply seen and utterly loved, when it crawls into your lap and stays a while.

There is no way to repay it, no price tag high enough, except to breathe deeply. (And again.)

You are alive.
You are loved.

May the house calls help you remember, when they come;
and may you purr softly with that knowing, glad simply to be in the presence of Life itself. 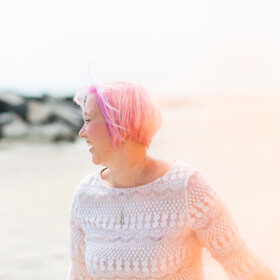 How to reclaim joy even if you’re currently miserable, sad, and/or angry. 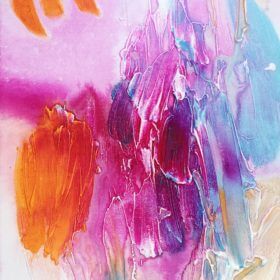 I have a tough time with tenderness.